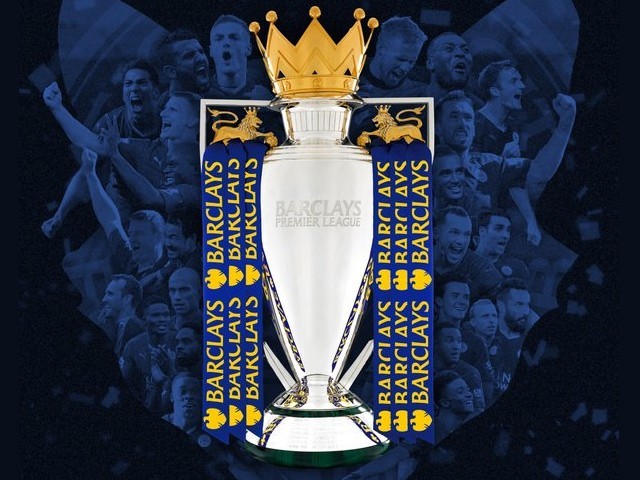 The beautiful game of football showcased yet another memorable entry in the books of history as Leicester City won the 2015/16 Barclays Premier League.

They also say, you only need the right ingredients to stand out from a proportion of competition to bag a spectacular feat, and those ingredients are sportsmanship, integrity, character and daring to dream, with a mix of leadership initiated by the right leader. The 2015/16 Leicester season campaign will go down as one of the greatest football memories for fans around the globe. No one ever saw it coming; in fact the odds were as high as 5000:1. Yet, the club broke out of the stirred culture of recent years, where football found multimillion dollar acquisitions of clubs and lucrative signings of players and managers which ultimately opened the clearest possibility of future glory days for clubs.

Meanwhile Leicester, toiling in the second division of English football, managed to get promoted to the top tier. The challenge remained staying up and out of the relegation zone. Expectations entailed an ordinary success, but they ended up doing more than that. The 2014/15 season, under manager Nigel Pearson, witnessed periodic doldrums, stretching up until the final few games, where ‘the great escape’ from the relegation zone became the club’s ultimate fortune. The Algerian slides on his knees in celebration as Claudio Ranieri’s side got off to the perfect start after just 10 minutes against Swansea.
Photo: Mail Online

Nigel Pearson saw the exit at King Power stadium and former Chelsea manager, Claudio Ranieri, was appointed as the new head. The football pundits invalidated this particular decision since Ranieri’s past records were nothing to brag about, especially his failure at AS Monaco and his unsuccessful attempt with the Greece national football team.

GALLERY: All the sights from today's resounding 4-0 victory over Swansea. http://leic.it/LeiSwaGallery #LeiSwa

It was only a matter of time that Ranieri’s impact started settling down. A few opening victories for Leicester set the temperament for the new season. The Foxes were still only expected to stay out of the relegation zone.

All eyes were focused on the top-flight clubs. Meanwhile, the Foxes were bagging certain victories that turned out to be their turning point of pulling off an incomparable season campaign and eventually winning the league in the most formidable fashion.

Striker Jamie Vardy shone through the tournament owing to the great number of goals he made. He went on to break former Manchester United forward Ruud van Nistelrooy’s record of scoring in 10 consecutive games in one season. Up until now, it was clear that the Foxes were galloping towards glory; a vision nobody else saw coming. Leicester City managed to win the league with the help of a manager who carved out a complete team. Claudio Ranieri’s efforts were a piece of art; he picked his side every week and put a remarkable piece of theatre before millions of spectators.

The Foxes witnessed Premier League giants biting their heels, trying to keep the competition alive and changing the top order week by week.

From Arsenal to Manchester City, securing top positions, Leicester coming through; Arsenal languishing, City widening the space and Leicester engraving their position on top of the table, it remained a nervous, exciting, frustrating and enjoyable sight. They began inching closer to victory day by day. At times, a notion of doubt would negate all possibilities of even thinking the Foxes would go so far. They were presumed to slump down, right? But did they ever?

Wes Morgan’s firm tenacity at the back four, denying every piece of attack by the opposition, Daniel Drinkwater’s ultimate long balls, Riyad Mahrez’s formidable runs down the flanks, Kanté orchestrating the midfield and Jamie Vardy scoring goals, goals and goals – it couldn’t  get any more beautiful than that. It couldn’t get any more striking than the story of Leicester. It couldn’t be led by any other man than Ranieri.

As Leicester closed in on the gap on top of the table, Algerian winger Mahrez was announced 2016 PFA (Professional Football’s Association) Player of the Year for his epic season of 17 goals and 18 assists for Leicester. Looking back and thinking he was only bought for an unbelievable $500,000 is incredible – what a bargain! Four Leicester players managed to secure positions in PFA Team of the Year including Mahrez, Vardy, Morgan and Kanté. Not to forget, Vardy was later named Football Writers’ Association (FWA) Footballer of the Year. Leicester City star Riyad Mahrez has been named as the 2016 PFA Player of the Year after a glorious campaign.
Photo: Mail Online

The Foxes’ story was hailed by every football fan, including competing rivals who secretly desired they succeed on the greatest stage of English football. How they managed to rebound from fading away to glory is certainly inspiring. Their miraculous win inspired their fans to sing songs of glory.

Words can not describe the love I have for my teammates. I dreamt of this since i was a boy and i will be forever grateful to you all ❤️

Sporting feat of the century ! #LeicesterChampions

Congratulations, Leicester City.
You just proved dreams & fairytales do come true.
What a team, what a manager, what a story!

It remained end-to-end stuff every week, with Tottenham Hotspur after Arsenal and Man City, remaining the only possible side to stay in title race with Leicester. The Foxes drew at Old Trafford on Sunday which meant they needed only two points in two games or Tottenham to draw or lose to Chelsea on Monday night at Stamford Bridge to win the Premier League.

With last season’s Premier League champions Chelsea playing to win for Leicester against Tottenham and 2015 Player Of The Year Eden Hazard scoring the equaliser in a 2-2 tie, they gifted Leicester 77 points and paved their way towards victory.

The emergence of the Foxes as the newest Premier League champions is a fairy tale and certainly the best one witnessed in the history of football. The Foxes will lift the trophy at the King Power stadium on Saturday, May 7, when they play Everton.