If you cannot protect the Sindh Assembly, Mr Qaim Ali Shah, how will you protect us? 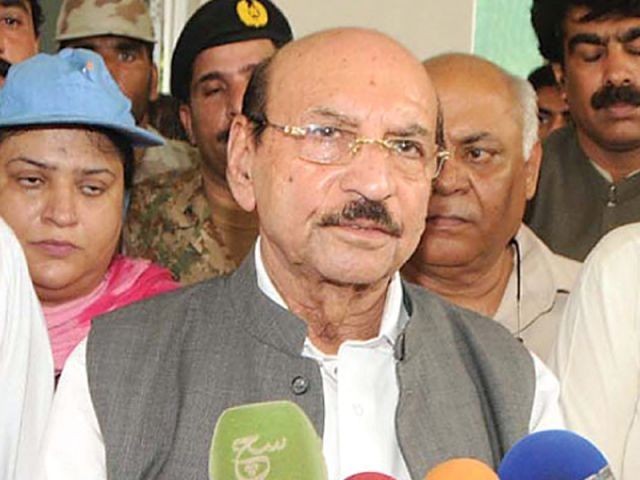 How long will you continue living in a state of denial? PHOTO: NNI/FILE

Mr Qaim Ali Shah, we have always known that your government (or non-government) is terribly incompetent. This was recently proven when the host of a private TV channel managed to bring an armed person into the assembly without being searched.

Of course you and your speaker made the right noises about the sting operation being illegal and your government arrested the TV channel’s host (Iqrar ul Hassan) and his associate. The fact is, you live in a state of denial and have brainwashed yourself into believing that Sindh is a model province that is being governed very efficiently. We, however, are incredulous that you and your ministers are not able to adequately protect even the hallowed chambers where you and your minions decide how to spend that part of the budget money which has not been siphoned off to foreign countries.

You, of course, will say that security is already enough considering most of our policemen are employed to protect you and your ministers. As far as you are concerned, the rest of the province be damned. But we, the people of Karachi, who provide 96 per cent of the budget revenue, have a right to ask when you will do something to solve our numerous problems.

We live under the constant threat of being looted because there are very few cops on our streets. Our roads are filled with potholes, our traffic signals don’t work, and our traffic policemen believe they have been appointed to extort money from innocent citizens. One of the reasons for all this inefficiency is that most employees (including policemen) in your government have been hired only because they are related to you and your ministers. This is why most of your government employees do not show up for work most of the time, except to collect salaries.

Now that you have seen how easy it is for anyone that is armed to enter a heavily protected building like the Sindh Assembly, will you do something to improve the situation?

Will you continue believing that everything is okay while our policemen risk their lives because they have been given fake bullet-proof jackets?

Will you keep ignoring that our armoured personnel carriers are fitted with useless and defective CCTV cameras?

Will we go on having ghost hospitals and ghost doctors, so that the poor people of Thar see their children dying without medical attention?

How long will you continue living in a state of denial?