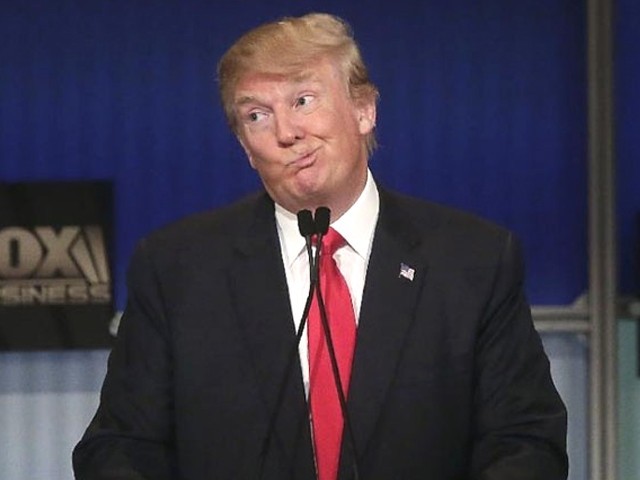 Donald Trump is leading the race for the 2016 Republican presidential nomination. PHOTO: AFP

Donald Trump now looks set to be the Republican presidential nominee. So for those of us appalled by this prospect — what are we supposed to do?

Well, not what the leaders of the Republican Party are doing. They’re going down meekly and hoping for a quiet convention. They seem blithely unaware that this is a Joe McCarthy moment. People will be judged by where they stood at this time. Those who walked with Trump will be tainted forever after for the degradation of standards and the general election slaughter.

The better course for all of us — Republican, Democrat and independent — is to step back and take the long view, and to begin building for that. This election — not only the Trump phenomenon but the rise of Bernie Sanders, also — has reminded us how much pain there is in this country. According to a Pew Research poll, 75 per cent of Trump voters say that life has gotten worse for people like them over the last half century.

This declinism intertwines with other horrible social statistics. The suicide rate has surged to a 30-year high — a sure sign of rampant social isolation. A record number of Americans believe the American dream is out of reach. And for millennials, social trust is at historic lows.

That means first it’s necessary to go out into the pain. I was surprised by Trump’s success because I’ve slipped into a bad pattern, spending large chunks of my life in the bourgeois strata — in professional circles with people with similar status and demographics to my own. It takes an act of will to rip yourself out of that and go where you feel least comfortable. But this column is going to try to do that over the next months and years. We all have some responsibility to do one activity that leaps across the chasms of segmentation that afflict this country.

We’ll probably need a new national story. Up until now, America’s story has been some version of the rags-to-riches story, the lone individual who rises from the bottom through pluck and work. But that story isn’t working for people anymore, especially for people who think the system is rigged.

I don’t know what the new national story will be, but maybe it will be less individualistic and more redemptive. Maybe it will be a story about communities that heal those who suffer from addiction, broken homes, trauma, prison and loss, a story of those who triumph over the isolation, social instability and dislocation so common today.

We’ll probably need a new definition of masculinity, too. There are many groups in society who have lost an empire but not yet found a role. Men are the largest of those groups. The traditional masculine ideal isn’t working anymore. It leads to high dropout rates, high incarceration rates, low labour force participation rates. This is an economy that rewards emotional connection and verbal expressiveness. Everywhere you see men imprisoned by the old reticent, stoical ideal.

We’ll also need to rebuild the sense that we’re all in this together. The author RR Reno has argued that what we’re really facing these days is a “crisis of solidarity.” Many people, as the writers David and Amber Lapp note, feel pervasively betrayed: by for-profit job-training outfits that left them awash in debt, by spouses and stepparents, by people who collect federal benefits but don’t work. They’ve stopped even expecting loyalty from their employers. The big flashing lights say: NO TRUST. That leads to an everyone-out-for-himself mentality and Trump’s politics of suspicion. We’ll need a communitarianism.

Maybe the task is to build a ladder of hope. People across America have been falling through the cracks. Their children are adrift. Trump, to his credit, made them visible. We can start at the personal level just by hearing them talk.

Then at the community level we can listen to those already helping. James Fallows had a story in The Atlantic recently noting that while we’re dysfunctional at the national level you see local renaissances dotted across the country. Fallows went around asking, “Who makes this town go?” and found local patriots creating radical schools, arts festivals, public-private partnerships that give, say, high school dropouts computer skills.

Then solidarity can be rekindled nationally. Over the course of American history, national projects like the railroad legislation, the WPA and the NASA project have bound this diverse nation. Of course, such projects can happen again — maybe though a national service program, or something else.

Trump will have his gruesome moment. The time is best spent elsewhere, meeting the neighbours who have become strangers, and listening to what they have to say.