Labour Day: The continuous plight of our workers 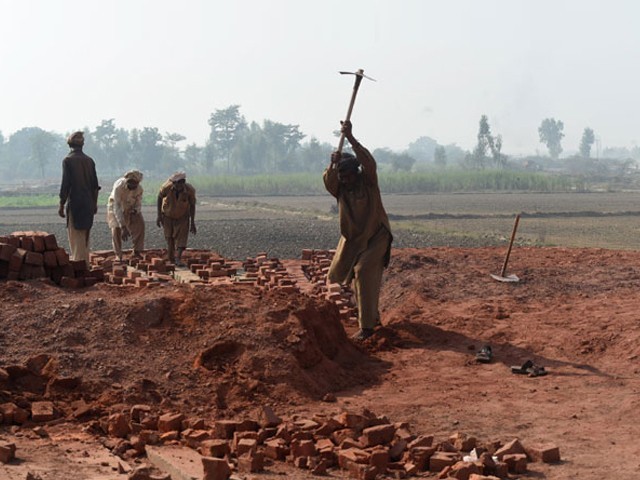 Labour struggle and issues in Pakistan receive little attention. This issue is not glamorous enough for the mass media and nor does it drive up ratings. In all fairness, a country in the middle of a battle against violent religious extremism has other priorities. The fact that this Labour Day will be observed like every other public holiday is a sad reflection of our society.

Some major incidents have taken place over the last few months with regards to the rights of workers. However out of these, only the PIA case stands out as one which gathered significant attention.

The management at Nestle’s Kabirwala forcibly locked out 800 low paid contract workers last year. They had previously signed an agreement with the union in 2012 in which they agreed to regularise the services of 588 contract workers and provide all benefits under the labour laws.

Unfortunately, the management ended up violating the agreement and tried to replace the contract workers, resulting in the workers protesting outside the factory gates, but that was to no avail. Police intervention resulted in the Union President being imprisoned.

Sexy enough for the mass media? No.

On December 17, 2015, health workers organised a demonstration at Sir Ganga Ram hospital Lahore to protest against the planned privatisation of public sector hospitals in Punjab. Leaders of the Punjab Paramedical Alliance also demanded that the government should immediately regularise the services of all the daily wages, contract and ad hoc health workers and supporting staff in all the hospitals.

Sexy enough for the mass media? No.

Back in 2012, garment factories in Karachi and Lahore caught fire, killing over 250 people and injuring more than 600. This was big enough to generate media attention, primarily since it involved the loss of life, and secondly, because of the conspiracy theories involved behind the cause of the fire. Four years on, unsafe working conditions in a Duki coal mine killed eight workers in February 2016.

Sexy enough for the mass media? Still not.

There is a severe lack of struggle for workers in Pakistan, and socialist parties associated with such struggles are not potent enough. There is the Awami Worker’s Party (AWP) and Quami Awami Tahreek (QAT) but both are not large enough to have a significant impact on their own. The Pakistan People’s Party (PPP) on the other hand, is a shadow of its former self. Aitzaz Ahsan called for a revival of the party’s socialist tradition last year, which apparently fell on deaf ears.

Even if one goes beyond the ideological battle of capitalism versus socialism, working conditions and rights in Pakistan are shocking no matter how one looks at it. The disturbing fact is that the examples given above are only the tip of the iceberg. The deeper you dig, the more alarming it gets.

The federal and provincial governments have always been complacent in these matters. The Factory Act of 1934 lays down that the prime responsibility of a factory owner is to ensure safety and health. Public health officials are supposed to publish reports pertaining to this, and carry out inspections to ensure that the safety and health regulations are being followed.

Additionally, Pakistan is a signatory to 38 International labour Organisations (ILO) conventions under which the state needs to ensure the inspection of its factories, however no such inspections take place.

Things are not better on the economic side either.

The working staff members in private and semi government institutions in rural areas are paid meagre salaries ranging from Rs4,000 to Rs7,000 per month. There is no provision of any kind of other allowances such as increments and medical coverage. Polio workers, hired on a daily wage, were paid a meagre wage of Rs250 ($2.29) per day until recently, even though The World Health Organisation (WHO) promised a minimum wage of Rs1,000 ($9.17) per day. The employees of petrol stations and CNG stations get paid Rs5,000 to Rs7,500, and work for 12 hours instead of eight hours. On top of this, their salaries are deducted if they take a leave due to any illness or emergency.

A food inspection mechanism, led by the brilliant Ayesha Mumtaz, is still underway in Punjab. Whether that has an impact remains to be seen since we rarely make intelligent hygiene choices in Pakistan. What is required however, is a mechanism that ensures that workers receive adequate monetary and safety protection. The state needs to ensure this, and the answer may lie in having an inspection system at factories similar to the one Ayesha Mumtaz is leading at restaurants.

Labour struggle and rights are critical elements in a society that aspires to move forward, and on this Labour Day, it is pivotal that we remember this.