Why are C-sections becoming more common than natural birth? 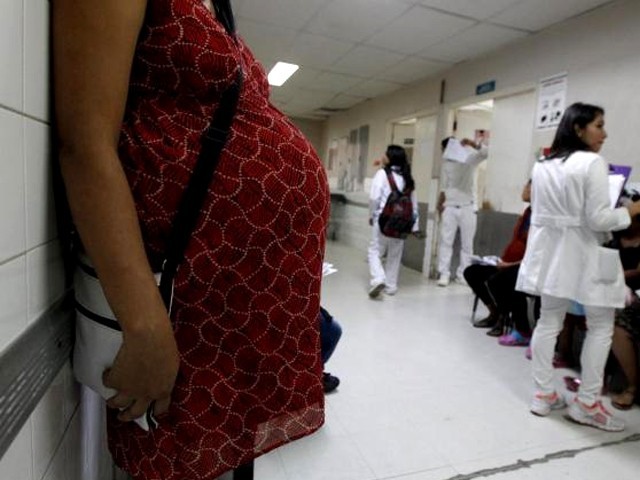 Upon a recent visit to a private hospital, I was perplexed by the quirky change in nature’s playground; almost every second birth happened to be a caesarean. Were indulgent mothers insisting on it, or were they being brainwashed into it by unscrupulous doctors?

These cases indicated a very genuine need for a caesarean. Regardless of how hard the medical staff tried, the stubborn baby simply refused to come out. Cocktails of hormones and solutions were provided to induce the contractions; however, it was all in vain. In such defeat, one had to resort to the machine and deeper, more invasive measures to save the situation – benevolence of the modern age.

But the conundrum nagged on. Why is it impossible for most women to undergo a normal labour? How is it possible that the birthing process, which never required the interference of a doctor, is now unachievable without one? Have women in our society suddenly become too fragile to deliver babies the way it has been done since Eve?

A passing chat with a young, shy nurse solved the mystery; she admitted that the nurses had been instructed to not physically stretch, palpate, and facilitate the contractions at all during labour. This meant that there would not be sufficient stimulation or acceleration, preventing a normal labour from being induced.

In the absence of a vital part of the procedure, a surgical intervention then comes into play. It’s a Hobson’s choice – the patients’ blind spots, their lack of awareness, their moment of vulnerability are capitalised.

A C-section is four times more expensive and involves peripheral costs such as maintenance and support, all of which are spared in a normal delivery. Operative interventions pose more risks to the mother and limits her chances of bearing children in the future. In fact, a C-section is reserved for extreme cases, its decision is not to be tossed around as blithely as some mundane tooth fixture. The tools of modern-day medicine were thus being used as undercover gadgets to increase profitability. Yes, God indeed provides meat, and the devil comes up with excellent cooks.

This was disappointing. These doctors had sworn the hippocratic oath; vowing to put the patient’s well-being above all other tempting factors. Agreed, the unnecessary operations and the elaborative bills that accompany are not killing the patient, but the primary motive is not the patient’s welfare, it’s the potential of generating extra income for the hospital.

Medicine enjoys such high esteem and trust from the general community. Oh, the selfless heroes of humanity! And then one gets to witness such sordid details.

However, exploiting patients’ vulnerability does not stop at a corrupt doctor’s tool-kit of perverted medical practices. Tragically, it is a sample slice of a much wider issue. Politicians make high flying vows of public welfare while wearing fashion brands, and ironically glorify the simplicity and spirit of Muharram at their latest ‘religious’ lawn extravaganzas. They’re intellectuals bandy about elevated virtues, which are in fact endorsing financed agendas.

Just as a fashion model flashes the latest season’s vogue, every sector in society, whether esteemed or not, somehow bespeaks the ethos of the era.

And this era is a grave, pernicious, disturbing one.

The author is a post-physics and current medical student who is ridden with curiosity for all other stuff going around.