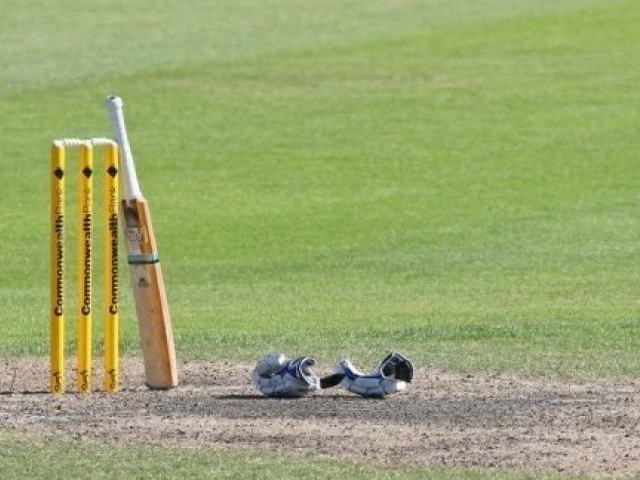 Unpredictability is the word that best describes what drives the daily operations in Pakistan cricket. Players touted to be “the next big thing” get sucked into doldrums of financial constraints or fitness issues, inevitably resulting in them having to give up cricket entirely.

Three players with similar names and twists of fate came onto the scene with great intent and promise but eventually went missing without logical reasoning.

When the selection committee announced his name in the T20I squad for the series against Sri Lanka, scheduled to be held in the United Arab Emirates, Usman Shinwari was a name unknown to many.

Hailing from Khyber Agency, FATA, an untapped gold mine of talented cricketers, Shinwari was seen as a remarkable option.
Photo: NewsTribe

On December 3, 2013, Shinwari took five wickets after giving away nine runs to propel Zarai Taraqiati Bank Limited to a huge victory against Sui Northern Gas Pipelines Limited in the final of the Faysal Bank T20 Cup. His staggering performance in the final, combined with his overall tournament statistics of 11 wickets in six games, catapulted him straight into the national side.

Hailing from Khyber Agency, FATA, an untapped gold mine of talented cricketers, Shinwari was seen as a remarkable option by many due to his ability to swing the ball at pace. If he could have continued from where he had left in the final, his stay in international cricket would have been prolonged.

In his debut match, Usman was only trusted with one over by the captain after he leaked nine runs. His next over came in his second and, unfortunately, last game against Sri Lanka. This time though, on the contrary, Shinwari was allowed to complete his full quota of four overs which led to disastrous figures of 52-0, marking the end of his brief stay with the national side. Following the series, the decision to include Usman was highly criticised by the general public, along with harsh criticisms hurled towards the reliability of domestic performances, the quality of cricket balls used in domestic cricket, and the lack of planning in selection matters.

Upon his return, Shinwari admitted that he had indeed failed to read the change in conditions effectively, but also that the international flavour had given him more confidence to perform better in the future. The then-selector, Saleem Jaffar, was persistent about the decision to induct Shinwari into the national team, stating that he would not be dumped after his failure in the brief stint, and that the board would continue to monitor his progress in the domestic circuit. His horror show was forever etched in history, but he himself faded away into a familiar pool of irrelevance. Whether it was due to prolonged injuries or any other reasons, Shinwari did not feature in a single domestic game last year, and played his last match on November 6, 2014, against Peshawar Panthers.

Shinwari re-emerged during the National One Day Cup 2015-16, representing the Hyderabad region. He ended the tournament with nine wickets in five matches with a glimpse of obvious rustiness due to the lack of match practice. At 21-years of age, Shinwari is set to be highly competitive and, hopefully, free of any unpleasant throwbacks.

The only thing more mysterious than Usman Qadir’s spin bowling is his abrupt disappearance from the national scene. Usman inherited the talent of leg-spin bowling in his genes from his father, Abdul Qadir, who took 236 wickets in 67 Tests for Pakistan and is praised as one of the game’s finest ever leg-spinners.

Usman inherited the talent of leg-spin bowling in his genes from his father, Abdul Qadir.
Photo: Daily Pakistan Global

Usman also inherited his father’s brain, copied his extravagant action, and emerged with a bag of tricks – googlies, flippers and the traditional leg-break. Qadir first came into the spotlight during the 2009-10 U19 World Cup held in Australia and New Zealand. Belonging to the same lot as Ahmed Shehzad and Babar Azam, Usman was considered one of the major finds of the tournament after he bagged nine wickets in six matches for the junior team, ending up as the joint highest wicket-taker for Pakistan.

With plenty of promise, Usman initially played departmental cricket for Zarai Taraqiati Bank Limited before moving onto National Bank of Pakistan. In the shorter formats, he regularly featured for Lahore Eagles and Lahore Lions. Usman was also part of the Pakistan team at the Asian Games held in Guangzhou, China that won a bronze medal by beating Sri Lanka for the third place play-offs. Despite the dream start that his career has had, Qadir played his last First-Class game on December 13, 2014, against Port Qasim and is yet to feature again in domestic cricket.

Speculations arose early in his career regarding his choice of switching allegiance to Australia after he was offered to play international cricket for the Kangaroos. Coaxed to come to Australia by Darren Berry, Usman played for the Adelaide Cricket Club during the 2012-13 seasons, eliciting genuine praise from local coaches. Usman himself admitted to being captivated by the prospects of representing Australia, but would ultimately allow his father to make the decision for him. Times have indeed changed since the speculations first emerged.

Australia has leg-spinning talent in abundance with Adam Zampa, James Muirhead and another Pakistani-born talent Fawad Ahmed, all climbing up the ranks at a fast rate. Usman’s involvement in Pakistan’s domestic circuit has been negligible and is disappointing to say the least. Curious minds like mine, who have seen him bowl, want to see him play a bigger and better role in shaping Pakistan’s future in the spin department.

22-year-old Usman has international exposure and plenty of potential to offer.

The right-handed middle-order batsman only managed to score 13 runs in two innings before being discarded off by the selection committee. Having lost the backing to participate in international assignments, Usman busied himself on the domestic scene where in First-Class cricket he amassed 5069 runs in 82 matches, with an impressive tally of 16 centuries and 27 half centuries, whilst in List A games he has 1621 runs in 56 matches, scoring at a healthy average of 42.65.

Usman should not be expected to fill the void left by Shahid Afridi’s retirement because he most certainly won’t. Usman is tailor-made for the anchor role and prefers batting for longer time periods, much like his domestic counterpart Asad Shafiq. The main reason behind the infrequent praise for him is his technical correctness. One of the many criticisms regarding his performance is the amount of balls that he wastes before fully getting into the game, but there is absolutely no reason to believe that he would be a bad fit for our test team. That will be put to trial after Younis Khan’s eventual retirement.

While recalling his tough debut, Usman himself said that he is reluctant to start an international career because of the pressures that comes with it and the level of maturity required to take charge of situations. However, he now feels that with five additional years of domestic experience under his belt, he is now a much more experienced and mature batsmen who is ready to face the obstacles that he initially failed to overcome. With the spotlight snatched by a returning Salman Butt during the National One Day Cup a few months ago, Usman’s valiant batting efforts went unnoticed once again. He ended the tournament as the fourth highest run scorer, scoring 469 runs in seven matches at a highly impressive average of 93.80 against some of the top bowlers of Pakistan domestic’s pool.

Despite his remarkable achievements with the bat, Usman was given a cold shoulder by all five team captains during the draft for the Pakistan Cup, leaving him with no choice but to wait for his chance. In order to further expand his skills set as a reliable batsman, Usman will be playing club cricket in England after signing with Newcastle City Cricket Club for the entire season. Usman has been heavily judged on what he could not do when he had a chance, or half a chance, and has been constantly ignored despite racking up the runs in both First-Class and List A matches. He will have to let his bat do the talking for a little longer.

Besides Usman Qadir, who is yet to represent Pakistan at the international stage, it can be safely concluded that both Usman Shinwari and Usman Salahuddin were handed out international caps prematurely due to the presence of an unaccountable selection criteria. After half chances, both were discarded as selectors, both apologised for their poor judgment and everything returned to normal for everyone except these two. If talents like Qadir, Salahuddin and Shinwari can be protected and groomed, they can yield remarkable results for Pakistan in the future. But if their progress is not monitored or is judged based on their past performances, Pakistani cricket will eventually be the real loser.