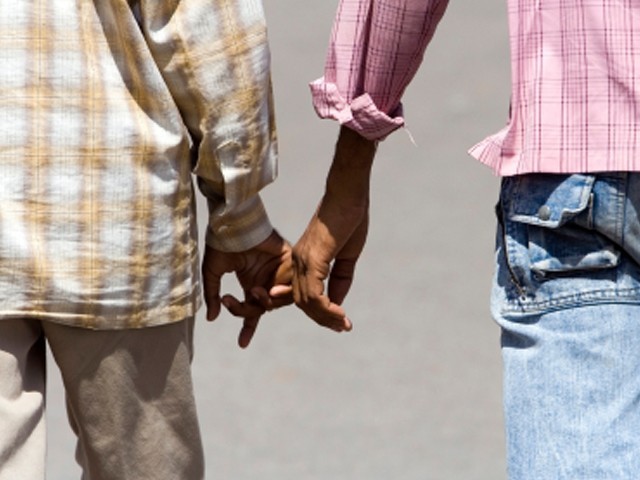 While these homophobic reactions are natural from religious people, it’s surprising that the not-so-religious lot share the stance. PHOTO: BLOGSPOT

The editor of an LGBT magazine in Bangladesh was hacked to death two days ago. This is not the first time that something of this nature has happened, and neither will it be the last.

Tracing back as far as ancient Greece, up until Christianity became the official religion of the Roman Empire, same-sex unions have existed in some form or the other. The Church was obligated to be critical of non-procreative unions and this began to be seen as deviant behaviour. Soon after, same sex unions became socially and legally unacceptable.

However, times have changed as well as our mentality. Scandinavian countries took the first step, with Denmark, Norway and Sweden legalising same-sex unions in 1989, 1993 and 1994 respectively.

That being said, opposition to homosexuality continues to exist even in countries that have legalised same-sex marriages. Their arguments incorporate religious concerns. Not only that, they strongly believe that homosexuality defies the law of nature and is capable of ruining traditional marriages and tacitly condones polygamy, etc. It seems as though their list of arguments continues to grow along with their distaste.

But despite opposition, acceptance for homosexuality is becoming more common by the day. In countries that have legalised marriage, it is easy to use official records to keep track of how acceptable and common such unions are. Where the other 150 countries are concerned, it is very difficult for their community. One major reason is the disturbing homophobic attitude towards same-sex couples in most of these countries.

Let’s take a look at Pakistan – tons of ethnic slurs have become a permanent part of Pakistani society, but there is none more common than that of the homosexual Pakhtun. This slur has been around for what seems like an eternity and illuminates two disturbing features of Pakistani mentality: the generalisation of an entire ethnicity based on racial nonsense passed on from generation to generation (the Sindhi thief, the ugly Bengali etc). That, and sex jokes that mock homosexuality.

Growing up in Pakistan, it’s impossible to not come across the Pakhtun and homosexuality stereotype, such is its tragic strength in our public and private debates. Here, it is impossible to defend homosexuality as a private matter between two individuals when the natural order of life and religion is thrown into the middle to end all arguments. The story of Qaum e Lut (People of Prophet Lut) is a favourite reference point for everyone pounding their Islamic chests and flying the flag of God’s wrath and eternal damnation sky high.

While these homophobic reactions are natural from religious people, it’s surprising that the not-so-religious lot share the stance. While discussions with them to not involve stories of Qaum e Lut being told like Shakespearean tragedies, their arguments are horrifically simple – “it is disgusting.”

How someone else’s sexual preference disgusts them is the confusing part here.

This hatred was excessively evident on social media, the centre stage of people shooting from the hip (not a play on words, my dear homophobic friends). Facebook and Twitter had been abuzz with people expressing support for same-sex relations with various annual pride parades taking place globally some time back. However, on the opposite and sadly much heavier side of the coin, the homophobic attitude was expressed in the most spectacular of manners, exemplified by not only the regular everyday Pakistani Facebook user, but also by celebrities like Hamza Ali Abbasi. The most disappointing aspect is that these homophobic tirades were instigated by educated Pakistanis; these people have traveled the world and have been exposed to different cultures. The people who want to see this country prosper are the same people who are preaching narrow-mindedness towards trivial matters (and one that’s ultimately a personal choice). They are shredding every notion of tolerance for the fellow man into a billion unrecognisable pieces. This whole situation is a sad reminder of where we stand as a society. It is a reminder of how far into the future we need to travel to stretch open the horrifically narrow minds we carry.