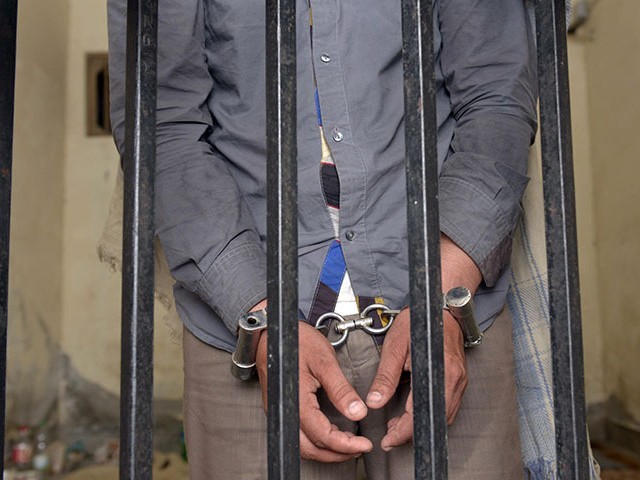 I wonder if Muslims who are boycotting the airline that threw Mr Makhzoomi off the plane, will be willing to raise their voices against individuals who throw self-identifying Muslims in jail for using the same phrase. PHOTO: AFP

I identify as a Muslim in America. And it’s not always easy.

Recently, my home country has seen a rise in Islamophobia. Thanks to right-wing political players like Donald Trump and Ted Cruz, the fear of Muslims being nurtured over the last decade has now entered the mainstream. We have seen our community centres vandalised, Hijabi women assaulted, Muslim boys bullied at school etc.

The latest and probably most bizarre episode of Islamophobia reported in the media is of an Arab-speaking college student thrown off a plane for saying Insha’Allah. Khairuldeen Makhzoomi – a 26-year-old Iraqi refugee – was reportedly having a phone conversation with his uncle in Baghdad, when a woman who understood Arabic thought she heard him say Shaheed (Arabic for martyr). She got alarmed and quickly alerted law enforcement. Three FBI agents promptly arrived and escorted a startled Mr Makhzoomi off the plane, only to release him after a lengthy interrogation. It turned out that the student had in fact said Insha’Allah (Arabic for God willing).

And for this, he missed his flight and endured an eight hour long delay in getting to his planned destination. How sad to realise that saying a benign everyday word like Insha’Allah could potentially have me thrown off a plane in today’s America. Though Mr Makhzoomi was not lucky at all, things could have been much worse.

Which brings me to the second part of my story. I identify as an Ahmadi in Pakistan. And it’s never easy.

The State forbids me from identifying as a Muslim. Under Pakistan’s anti-Ahmadi laws, any Ahmadi ‘posing as a Muslim,’ can potentially face up to three years in prison. Numerous Ahmadis have been jailed for saying the Kalima, reading the Holy Quran, saying the prayer and for using ‘Islamic epithets’ like printing the terms Insha’Allah or Masha’Allah on wedding cards.

Following Mr Makhzoomi’’s ordeal, there was a huge outcry in the American Muslim community. Vows of boycotting the airline were renewed. Multiple articles were penned. We sought to educate our colleagues on the meanings of simple Arabic terms. My fellow American Muslim, Mr Wajahat Ali, wrote a beautiful Op-ed in the New York Times explaining the various contexts in which Muslims (and non-Muslims who speak Arabic) use the phrase Insha’Allah in their everyday lives.

“Opportunity is often born from absurdities. I believe this latest episode is actually a great moment to bring the versatile and glorious term Insha’Allah into the vocabulary of more Americans.

Insha’Allah is the Arabic version of “fuggedaboudit.” It’s similar to how the British use the word “brilliant” to both praise and passive-aggressively deride everything and everyone. It transports both the speaker and the listener to a fantastical place where promises, dreams and realistic goals are replaced by delusional hope and earnest yearning…

Translation: “There is no way we’re going to Toys ‘R’ Us. I’m exhausted. Play with the neighbour’s toys. Here, play with this staple remover. That’s fun, isn’t it?”

True, opportunity can often be born out of absurdity. But with an absurdity as humongous as the anti-Ahmadi laws, the opportunity to make a change is even greater.

Firstly, where us Muslims are busy educating fellow Americans on the innocence of a simple Arabic phrase, we must not forget to focus this education on where it is needed the most – Pakistan. Pakistani Muslim clerics must be taught that Insha’Allah – or any other Arabic phrase for that matter – is not a patent of a Muslim body or State.

Secondly, Muslims (especially of Pakistani origin) who rightly understand the Islamophobia in relation to Mr Makhzoomi’s case must not ignore the far worse Islamophobia institutionalised in Pakistan’s legal codes.

Thirdly, I wonder if Muslims who are boycotting the airline that threw Mr Makhzoomi off the plane, will be willing to raise their voices against individuals who throw self-identifying Muslims in jail for using the same phrase?

Mr Ali ended his piece with this request:

“Here’s my humble request: If you see me sitting on an airplane… and praying out loud “Insha’Allah, Trump and Cruz get zero votes,” don’t worry… I assure you there’s no need for panic. I’m just a harmless dork like you, hoping to stay on the plane.”

And I will end mine with the same request to the clergy in Pakistan:

If you see me writing Insha’Allah on my brother’s wedding card (or use any other term that you might perceive as ‘Islamic’), don’t worry… I assure you there’s no need for panic. I’m just a harmless dork like you, hoping to enjoy my rights as a free human being. Insha’Allah.