Chotu, not so Chota anymore 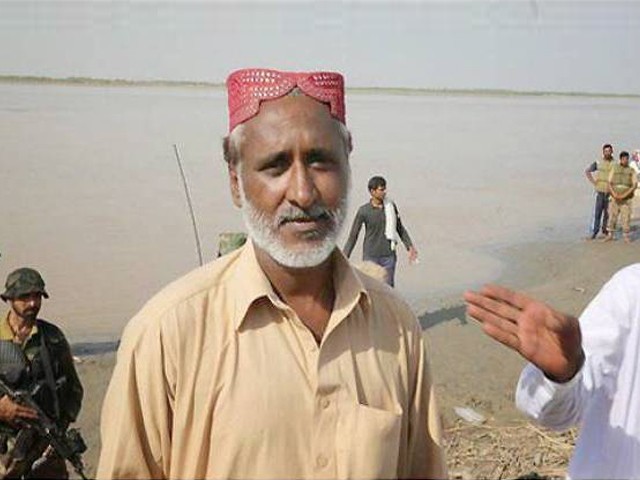 After 24 days of operation Zarb-e-Ahan against Ghulam Rasool alias Chotu, along with his gang members, laid down his arms before the Army. PHOTO: INP

I really like these Robin Hood types of stories, not that I agree with them or condone the modus operandi or anything. Just enjoy them. Something about taking from the filthy rich fills me with ecstasy, more or less, as it would any other poor man. Anyway, if people were wondering who Chotu is, please beware – he is not Robin Hood. Chotu is (now) a wanted dacoit, just put behind bars by the Pakistan Army. Since they are cleaning house after General Raheel Sharif’s stand on accountability, one might as well expect the army to get rid of former police informants for them.

Who Chotu really is and how he became Chotu from a mundane Ghulam Rasool is a mystery. Some say he was a former police informant who grew tired of living under their hegemony and decided to branch out. Others believe he started-off by preventing policemen from collecting bhatta (bribe) from poor villagers who were being extorted in the harvest season. The third and perhaps most plausible theory states that he was ‘the’ thug of a prominent politician of the concerned districts (Rajanpur and Muzzafargarh) and that he still has the backing of some influential political circles.

Whichever version we choose to believe, there are some facts that remain conspicuous. Why was Chotu allowed to survive for so long if he was so dangerous?

When several attempts at arresting (read controlling) Chotu had failed, why did the Punjab police not seek aid from the federal security apparatus as it has finally done now? Why is the army taking care of Chotu when the Punjab police are funded and capable enough to tackle this task?

Several theories come to mind while contemplating these questions.

Perhaps the police was backing Chotu and his gang until the moment that it was impossible for them to continue doing so. Once the police came under-the-cosh after the Gulshan-e-Iqbal park suicide bombing, they had to put forward scapegoats to provide the blood that the country was demanding. Seemingly dispensable, Ghulam Rasool alias Chotu was projected to national notoriety following a botched police operation against them. The police also apparently enlisted the help from a rival gang to quell Chotu.

I heard the police radio conversation between Chotu and a high-ranking police official on Youtube.

Midway during the conversation, Chotu blatantly tells the police official to arrest all members of the ‘Umrani gang’ standing alongside him and put them in jail, else Chotu resorts to killing his captives. The police official responds by saying that he will do it. This is the most damning piece of evidence presentable to the public of a police official tacitly acknowledging the existence of another gang amongst their midst. If the ‘Umrani gang’ is working in alliance with the police, why couldn’t Chotu and his cahoots?

Another question spawns another plausible theory.

How can a simple dacoit with heavy weaponry become so notorious (popular, whatever) that we forget everything that is happening in the country and just focus on him? Was this popularity invented to mask the government’s Panama leaks mess or the fact that the much-awaited military operation in Southern Punjab was turning up empty, is something we may never comprehend.

One thing we can easily deduce is that for the high number of banned groups based in South Punjab, we sure have not arrested anyone worth mentioning from the region.

There are confirmed intelligence reports and Wikileaks cables on the operations of banned organisations, which are traceable to Southern Punjab. Some of these banned organisations have been overtly involved in the unflinching murder of Muslims and non-Muslim communities in Pakistan such as Lashkar-e-Jhangvi. It is no secret that some members of these banned organisations have close ties to the ruling party as can be witnessed here and here. How can a government patronise and use radicalised religious parties for their benefit during election season and allow the military to cull them when ‘operation’ season begins?

Whatever the actions of the government and reactions of the military to counteract, one thing is for sure. Anyone, who was operating from South Punjab is no longer there, so the government or the local law enforcement rather will keep throwing up scapegoats like Chotu to captivate the public. As long as they can be seen taking a tough stance against terrorism in the media, no one will eventually care who will turn up from their burrows when elections are at hand.