Are you an SMS junkie? 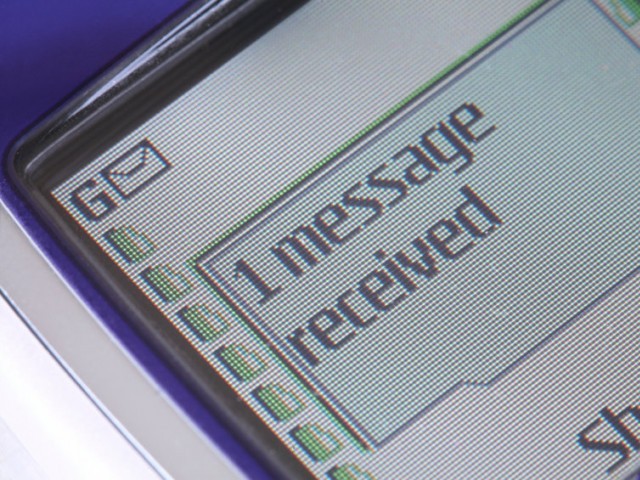 I feel like stabbing my phone every time I get a forward text message.

As I look around, I see everyone firing away at the keys of their mobile phones at supersonic speed. It’s unnerving, and sometimes I feel that we really have been invaded by these miniscule hand-held devices.

Sure, it’s great technology and life has definitely become easier, convenient and faster in a lot of ways but they say excess of anything is bad. It is quite correct about incessant text messaging as well which, in my opinion, is not only an addictive nuisance but also causes repetitive strain injury.

In the past few years, I have almost become allergic to text messaging for a number of reasons.

Constant need to stay in touch

It is amazing how text messages allow people to never let anyone miss them. The intractable urge to stay in touch or “hello, hi” or “hey, I just wanted to ask about you” is annoying at best. How many times during a day did people inquire about each other’s health, the weather and what not when there weren’t any mobile phones anyway?

Being bombarded by forwards

I feel like stabbing my phone every time I get a forwarded text message that essentially asks me to propagate the insanity further or the wrath of God will befall upon me and lightning will strike me dead. Really? That is not going to happen, people. Stop being so superstitious! Also, people think it’s extremely pious to send a religious text which has no context or reference to everyone in their contact list. It’s not.

Sometimes a sliver of hope revives my faith in our nation and I believe that we are growing and evolving, that there is still a lot of potential here. Needless to say, I am proved wrong whenever a lonely kid at some small, dark shop decides to embark on a “fraandship” journey by randomly dialing numbers. If, out of sheer luck, it’s a girl then bingo! She will be receiving “fraandship” requests for quite a long time to come. Seriously, one could use all that energy into something constructive but heck no, that’s not going to happen because text message addiction just touched new heights.

Common courtesy seems to have jumped out of the window. Just as it is rude to answer a call when a civil conversation is going on, it’s impolite to text message while another person is trying extremely hard to get a point across. How hard is that to understand? It really doesn’t help if you tell the “addict” that it’s rude because their fingers will still be glued to the keypad of their phones.

Because a wave of text messaging paranoia has overtaken the youngsters, the service providers think it is best to cash in on this opportunity. They introduce newer SMS packages every now and then to keep them occupied. The more messages, the better. A recent ad claims “Never let you fingers rest”.

Grammar and syntax have taken a backseat. It’s most disturbing when you see a college student’s paper full of “chat” language. Not only is it completely irrelevant, it’s difficult to understand and doesn’t leave a good impression. Why slaughter language – be it English, Urdu or any of the regional languages?

Text messaging has annihilated face-to-face communication. Now everything happens over a text, be it a party, birthday or a wedding invite. When did civility desert us? Call me obsolete but I still think some things deserve to be done properly.

I definitely do not mean to say one should not keep in touch via text messages at all. I am merely saying one should keep in mind the social and psychological impact that overuse of technology has. New research suggests that “text message addiction” is indeed becoming a psychological problem and “people literally detox from their phones” if they are taken away. So, once in a while, it’s good to have a mobile free zone.

A doctor from Peshawar who writes, blogs at www.pistaye.wordpress and tweets @MaheenRahman

What I saw in the Emergency Room

Do doctors have super-powers?

Breast cancer myths: It’s not as rare as you think