Sorry, Mr Jinnah, we had to ruin your beloved Pakistan 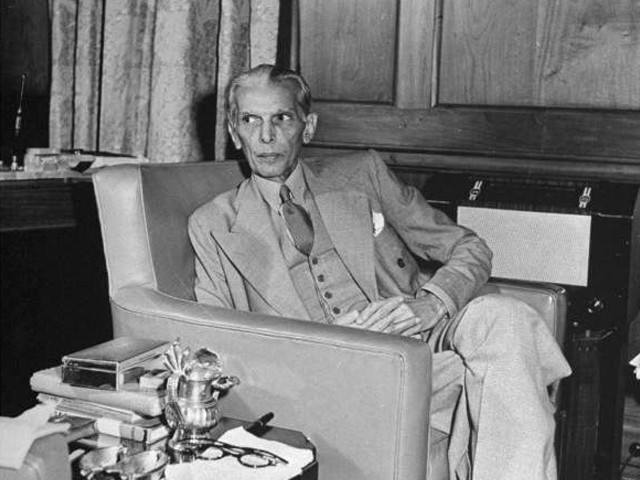 You wanted Pakistan to be a state where we would be free; free to go to our mosques, temples and churches, but today it is a country where many are free to bomb places of worship. PHOTO: PAK ARMED FORCES

You wanted Pakistan to be a state where we would be free; free to go to our mosques, temples and churches, but today it is a country where many are free to bomb places of worship. You said there would be no difference between Hindus, Christians and Muslims, but today Pakistan’s Muslims are killing each other (as well as Hindus and Christians) because they cannot tolerate those whose beliefs are different from theirs.

Your Pakistan would have been a model democracy, but 10 years after your death, a military dictator took over the reins of the country, and we hailed him as a saviour. After the first free and fair elections in 1970, we watched helplessly as a demagogue refused to accept the winner of the polls as prime minister, which led to the dismemberment of your beloved country. Later, other dictators came and did their best to damage the country you created.

You created Pakistan because you feared that Muslims would have no rights in a Hindu-dominated India. But today, the country is ruled not by Hindus, but by a feudal class which considers itself above the law and flagrantly refuses to pay its due share of taxes (but decides how much tax honest taxpayers should pay).

When you were dying, Mr Jinnah, your doctors advised you to go to London for treatment, but you refused because your country was poor and because you loved its people. Today, Mr Jinnah, every member of parliament is allowed to go abroad for medical treatment for the slightest of ailments (like constipation and diarrhoea). You did not take a salary even though you were working day and night, but today our politicians have looted the country and bought palaces in foreign countries, and we can do nothing about it.

You’ll be shocked to hear, Mr Jinnah, that the kind of people who called you ‘Kafir-e-Azam’ (the great infidel) have appointed themselves guardians of Pakistan’s ideology (even though they bitterly opposed the creation of Pakistan). These men thought you should be portrayed in their image, so they have dubbed your speeches in Urdu, a language which you could not speak. They changed the name of your wife to Maryam, even though your marriage certificate and her tombstone say her name is Rattan Bai. Some of them even changed the place of your birth to an obscure town in Sindh, even though you yourself said on many occasions that you were born in Karachi. We won’t be surprised if in future they remove all your portraits and show you as a heavily bearded man in an attempt to prove that you were like them.

In today’s Pakistan, Mr Jinnah, only one per cent of the population pays income tax. There are regions which refuse to pay customs duty and taxes on smuggled cars, the country’s industries are on the verge of collapse due to rampant smuggling, and the government cannot impose its writ and recover taxes from such elements (because practically everyone in the government is highly corrupt). The streets of your beloved Karachi are not safe, and we consider it a miracle if we arrive home safely every evening without being mugged or robbed (even though, as you said, the first duty of every government is the maintenance of law and order).

You said that no nation can progress if its women don’t work, yet today the Pakistani working woman is not safe. The mullahs say her place is in the home and she has to bear as many children as she can. And if, God forbid, she is raped (something that happens every day), she can be charged with adultery if she goes to the police, as she can’t produce four male witnesses to the crime. In fact, one religious leader even advised rape victims to remain silent and say nothing (because in his version of the true religion, that is what has been ordained).

We do not know if it is true that you called Pakistan the greatest blunder of your life, as you lay dying in Karachi, but over the years we have done our best to make it come true.