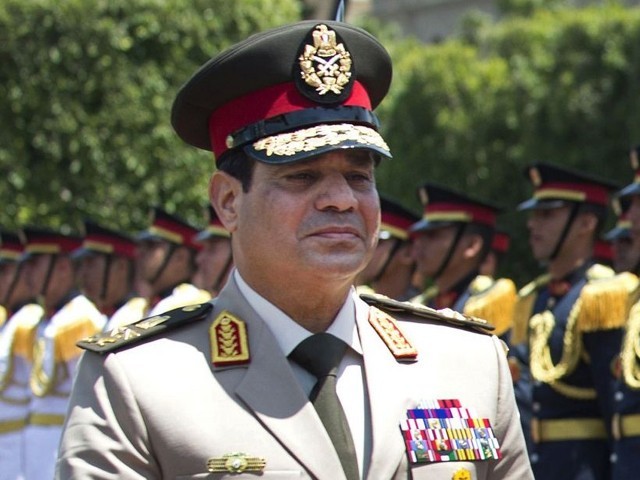 It is hard to imagine the current government weathering these crises without the bedrock of civic organisations. PHOTO: AFP

On Wednesday, three judges in Cairo will decide whether to allow prosecutors to pursue their case against me and my co-defendant, the journalist and human rights advocate Hossam Bahgat, in the government’s continuing attack on nongovernmental organisations in Egypt. The case against me has centred on my role in founding the Arabic Network for Human Rights Information, which aims to educate the Egyptian public about their civil and human rights.

As for Mr Bahgat, it is widely known that his investigative reporting has rattled the government. But the case against him has focused on the activities of the organisation he founded, the Egyptian Initiative for Personal Rights.

We have been targeted because our groups provide critical resources to those facing human rights abuses in Egypt. We have represented victims of torture from across the spectrum: Muslim Brotherhood members, liberals, leftists, victims of arbitrary arrest and even government supporters. We have stood for the ideas that human rights belong to all, no matter their ideology, and that civil rights belong to all citizens, no matter their wealth or power.

This week, the judges will also decide whether to allow prosecutors to impose on me, Mr Bahgat and our organisations office closings, travel bans, asset freezes and criminal charges. If the court so rules, it will be tantamount to the Egyptian government shutting down not only the organisations named in the case, but all non-state institutions that are independent of the security agencies and criticise violations of rights.

The accusations against us are that our activities harm Egypt’s reputation, that our groups were formed outside the framework of the law regulating nongovernmental organisations and that we received foreign funding to support terrorism. These charges are baseless, and if our trial is legal rather than political, we will prove this.

Murky as this case is, the underlying message is clear: This is how the military-backed regime of President Abdel Fattah el-Sisi intends to eliminate the last independent civic organisations in the country.

Authoritarian regimes are, in general, averse to a strong civil society. Egypt is no exception. Yet under President Hosni Mubarak, and despite routine government harassment, we did build a critical, independent civil society. During that era, the police could shut groups down, but it was rare for organisations to be closed for long and almost unheard-of for staff members to be jailed.

Civil society matters in a country like Egypt, because these groups can play an important role as mediators in situations of tension and conflict. In 2011, when millions took to the streets to protest the Mubarak regime, it was groups like ours, along with labour unions, professional associations and charities that made a crucial difference to the outcome— giving structure to the demonstrations that kept them nonviolent and constructive. Our counterparts in Syria and Libya were not so fortunate, and the protests there quickly dissolved into armed conflict.

After Mr Mubarak was deposed, groups like ours also worked overtime to translate chronic problems and longstanding needs into workable demands that were included in political negotiations. In 2011, for instance, my organisation led an initiative involving hundreds of judges, lawyers, police officers, journalists and others to reform the then-feared Ministry of Interior. We held training sessions with police officers and consulted with ministry officials.

Sadly, our project with the Interior Ministry was eventually blocked by factions that did not want reform. Indeed, everything changed with Mr Sisi’s accession to power in 2013, which ushered in a new, more repressive era.

First, there was an assault on Muslim Brotherhood charities, and then came the trials and closings of independent cultural organisations. The Sisi regime went on to close and prosecute nongovernmental organisations that were promoting health care, education, press freedom, democratic reform and good governance. While some, like mine, were frank critics of official policy, most stayed out of politics, dedicating themselves instead to delivering basic services that the government neglected to provide.

Today, there are very few of us left. We know that without the mediating role of independent civic institutions, ordinary social tension can easily escalate into nationwide conflict. The powerful can manipulate routine differences between communities, ethnic groups and social classes into a politics of brute force. When that happens in a country under authoritarian rule, the entire public sphere is transformed into a zero-sum game between those wielding near-absolute power and those whose basic rights are in jeopardy.

With a crumbling economy, a vicious counterinsurgency in Sinai and widespread public dissatisfaction, the Sisi regime faces difficulties far larger than those confronting Mr Mubarak in the final days of his rule. It is hard to imagine the current government weathering these crises without the bedrock of civic organisations, which is why Mr Sisi’s attacks on civil society seem so short-sighted.

If we lose this week’s round of our legal fight, my personal life may take a painful turn. But it will be the Egyptian people who bear the brunt of the consequences, since they will soon be left with nothing between them and a crumbling state.