Targeting beyond China: They took my family into custody to intimidate me 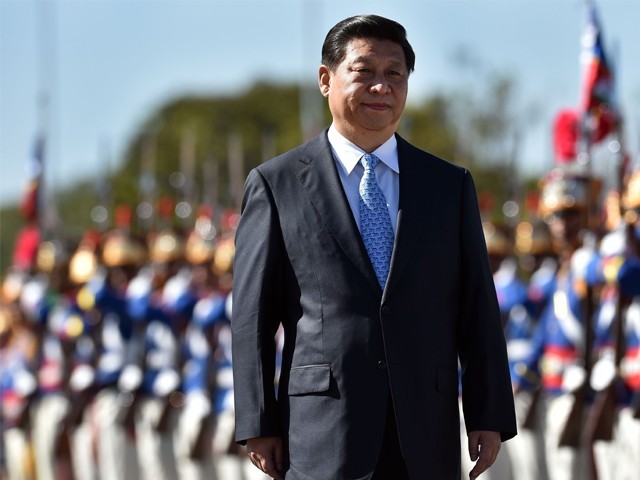 On March 27, Chinese police crashed my father’s 70th birthday party in China’s southwestern Sichuan Province. They accused my family of causing a forest fire the day before by lighting incense and burning paper as part of the annual tomb-sweeping festival to honour deceased relatives. Three of my siblings were summoned to the police station and found out quickly that they were not being detained over an arson charge.

As an exiled Chinese journalist living in Germany, I had written an article in mid-March for Deutsche Welle criticising the Chinese government for “secretly kidnapping” a journalist, Jia Jia, in connection with a widely distributed open letter calling for the resignation of President Xi Jinping. The Chinese leadership, paranoid that the political opponents orchestrated the letter’s dissemination to stir dissent within the Communist Party, has taken a hard line against those suspected of being involved. As a result, my family in China was being harassed.

Since Mr Xi took the helm in 2012, the authorities have imprisoned dozens of journalists and human rights lawyers in an effort to consolidate power. But in an era when Chinese people can access news stories produced overseas, the government has realised it is not enough to intimidate only domestic journalists into submission. The leadership is now targeting writers and human rights activists outside China.

In the past, it was common for the police to harass family members of overseas dissidents by inviting them to “tea”. Kidnapping the families of critics living overseas is a new tactic. A New York-based dissident, Wen Yunchao, was suspected by the government of being involved in the open letter and late last month the police allegedly detained his parents and brother in China for a week.

The abductions of several booksellers in Hong Kong, a semi-autonomous Chinese territory with relative freedom, is another troubling example of how authorities are reacting harshly to critics outside the mainland. For years, the booksellers had published magazines and books that focused on political gossip relating to Communist Party officials. Several of the booksellers disappeared near the end of last year and later emerged in mainland China, claiming that they were assisting with police investigations into their “illegal” activities.

These harsh acts are the offshoot of an ongoing attempt by Beijing to control the global conversation about China. Thousands of hackers backed by the Chinese government troll overseas websites and attack articles critical of Beijing. The Chinese government has invested in radio stations and newspapers in Western countries.

I have long feared that my family could be targeted. I worked as a journalist in China for years, and many of my articles calling for freedom and openness have irked the censors. I was eventually banned from publishing in mainland China. In 2011, I traveled to Germany on a fellowship and never returned home.

In March, the police released my younger brother after a day and ordered him to contact me. Over the phone, he passed on three demands made by the police, recant my kidnapping accusations against the authorities in Sichuan; withdraw my recent Deutsche Welle article relating to President Xi; and pledge not to write any commentaries critical of the Chinese government. If I agreed, my brother said, the police promised they would release our siblings and drop the arson charges against our family.

When I refused to meet these demands, my brother was taken back into custody, rejoining our other siblings. Under police supervision, he repeatedly emailed me, urging me not to talk to the media. He claimed that the police never used “force or torture” and that my family members were treated “nicely”.

“You have misjudged the situation,” my brother said. “The police are investigating us according to the law. Please don’t write another article, and please delete those you’ve already written. You spoke irresponsibly.”

My brother’s pleas plunged me into deep agony. Should I bow to the kidnappers’ demands and give up my writing? I was told that my ailing parents were under extreme distress because of this shocking incident.

Cooperating with the Chinese government would mean changing my way of life. If I were to give in, I would not only abandon my journalistic career but also compromise my strongly held beliefs.

I decided not to cooperate. I posted online the text of my interaction with my brother to expose the government’s behaviour, and I blocked his email address.

My story gained international attention. As pressure mounted, the police released my family on March 29 after they paid 33,000 yuan, or nearly $5,100, in bail money. Then the authorities arranged for my father and brothers to meet with the press and recite a “personal statement” that denied they had been kidnapped and to denounce me for publishing articles that were critical of the Chinese government. The authorities then officially opened a criminal investigation into my family over the arson charges.

Several friends who have been in touch with my family said they are angry with me. Some relatives have cursed me, calling me “unfilial”. But I believe my work, and the work of other journalists, is too important to abandon in the face of intimidation — even when it’s directed at our families.

The impact of my journalism may be small, but it is an integral part of the fight for freedom. I want the Chinese police to know that their tactics do not always work. Along with other overseas dissidents, I hope to bring change through resistance. I want the world to see how Beijing is attempting to undermine press freedom around the world.

If we don’t stop the Chinese government, more journalists and their families will be harmed, and our freedom will be eroded until it is lost.