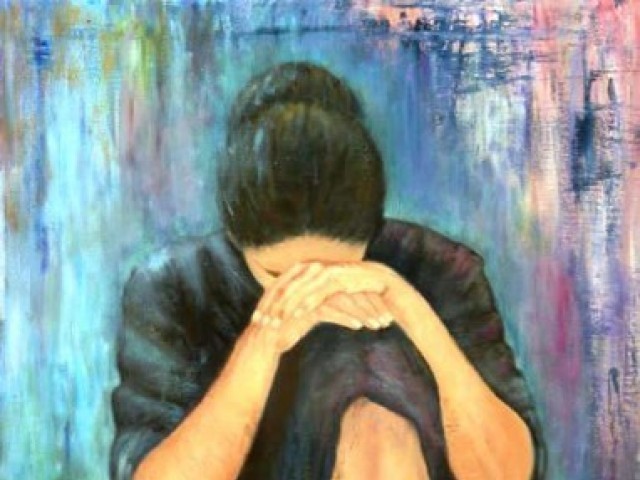 The best ones get taken first. The ones that are second choice get taken next. Those who are still not taken are considered ‘left overs’ – something must be lacking. No we are not talking about the kurtas on sale at a pret store, nor the shoes on the rack of an international shoe store. We are talking about women. Talented, smart, intelligent Pakistani women, each uniquely beautiful, irrespective of whether she is poised to be a home maker or a working woman. It is shameful that this is how society perceives them if they are still unmarried.

Being engaged or ‘in a relationship’ buys one a little time before the pressure begins to build up. But this is not just about the pressure on single women in Pakistan to get married. This is more about the blows to their self-esteem when the world seems like a market place (excuse the crass but apt analogy), and if no suitor has expressed a desire to marry you, you are a lesser being – the unwanted woman.

I got married young, so I never faced the unwanted stigma. But even then, one question used to spring up in conversations; shaadi se pehle kitnay rishtay aaye the? (How many proposals did you get before you got married?). Your worth, somehow, is associated with how many men wanted to make you their life partner, or how many mothers saw potential in you.

I saw friends who got married later – marrying at 23 or 24 was considered late. I saw their ordeal, and how their self-esteem was shattered every time potential suitors came to see them, but did not call back. It is unfair and leaves scars.

Sadly not much has changed; intelligent, enterprising and highly educated Pakistani women find themselves in a lurch. The late 20s, early 30s women who spent a lot of time in education, once done with their studies, find themselves in a tricky spot, especially if they studied abroad, and now have too much self-worth to allow themselves to be showcased. It is a shock to them that years later, social attitudes in Pakistan are still the same. Many of them go back abroad as the constant judgment that comes with being single is too much to take.

Every action has a reaction. The culture of measuring a woman by the number of proposals she receives has ignited a strong reaction within women; one that makes them sick to the idea of marriage. The trend is not a healthy effect, and we may call it a side-effect of women gaining too much independence, but decades of harming women’s self-esteem is the real cause.

A collective sentiment that may not be pronounced as yet, but is slowly and steadily growing among Pakistan’s urban and financially independent women are ‘why marry at all if one has to go through so much scrutiny, humiliation and even rejection?’

Which raises other valid questions like: Why should it be the woman who serves the tea trolley when the potential suitors and their families come to see her? Why should she face the rejection; and on what basis?

Asian cultures across the continent are jarringly similar. A recent advertisement in China aimed at empowering women has gone viral. It talks about how young single Chinese women are literally called the leftovers.

Pakistan may not have a specific word for it, but this is what is implied. And in the rishta (proposal) market, the most valuable currency is, of course, the physical aspect.

If a man in his 30s is unmarried, nobody will blame his paunch, thinning gray hairline or his height, weight or complexion. He will be given the benefit of doubt and excuses will be made FOR him – he was busy studying because he is so brilliant; he was busy building a career because he is so responsible; he was waiting for his sisters to get married because he is so noble.

But for a woman, it seems how her outward appearance is all that she is worth. She must be young enough to bear children and good looking enough to appease the man. Come to urban Pakistan and in addition to this, she should ideally also have a degree from a decent university – a degree which, in all probability, she may not ever use.

Marriage is a very important milestone in a person’s life. It is a promise of a long term partnership and a more well-rounded life, and is something most men and women aim for. It is a commitment that needs adjustment, it’s not a fairy tale, but is worth the trouble. Having said that, no one deserves to be made to feel inferior for not having been chosen by suitors.

Today’s single Pakistani women are not necessarily leftovers – many of them simply don’t want a man who is shallow enough to choose or reject them, only on the basis of how they look. They feel they are better off being without such a man. So spare a woman the pity when you see her happening, single and in her 30s. She doesn’t need it.