How to break a girl in 10 steps 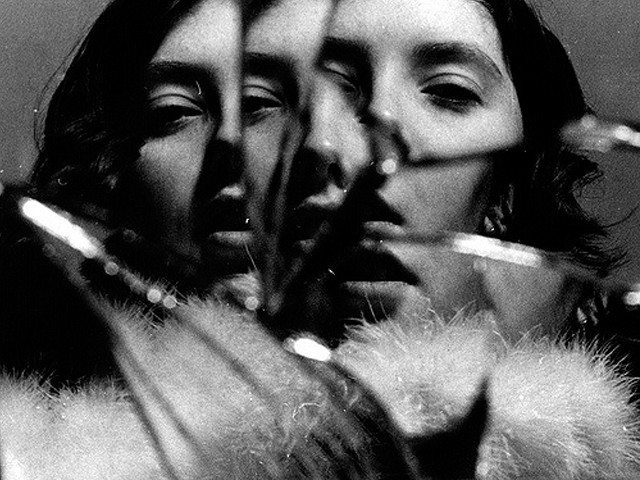 Oh don’t forget to blame her for any unsolicited attention she gets! PHOTO: FLICKR

Follow these 10 steps and watch a girl shrivel in front of your eyes until she becomes a walking womb that also makes your meals.

1) Make her realise she is a burden from the moment she is born. Sigh loudly when births of girls are announced. When they are a little older, let them see how you celebrate when boys are born and how the grandmother’s face contorts if the family is burdened with another baby girl instead. Make it absolutely clear that they are no cause for celebration.

2) Be very blatant in your favouring of boys over girls. Ask her to help more at home while he lies around. When questioned say, “Oh but he’s just a boy.” Let girls know from the beginning their God given roles. Teach her that being a care giver/helper is her default state.

3) To reinforce the above, gift them dolls and cooking sets while they are children. When they show an interest in cars or sports or action figures, call them tom boys and tell everyone it’s just a phase.

4) Don’t celebrate her academic or other achievements. But do let everyone know when she gets her first period. Tell her solemnly that she is a bleeding woman now and that’s all that matters. Wink and joke to others that there is another moment like this to come in a few years. Make blood leaks from her vagina the defining moments of her life. Imply that her body and sex are the greatest weapons she can wield. But also make sexuality an itchy shirt she doesn’t know what to do with.

Oh don’t forget to blame her for any unsolicited attention she gets.

5) Feel free to critique every aspect of her physique, in private and in public. Joke about her awkwardness. Nod sympathetically when grandma sadly says that a certain someone gave birth to a dark child, as though it’s the greatest tragedy on earth. Comment on her flat chest. When it fills out, tell her to slouch because poor men are just a silhouette of a breast away from losing their precarious control over their natural desires. Flood her life with advertisements for lotions and potions that promise her a better life with fairness. Make her feel ugly in her own skin. Make her hate herself.

6) Make light of her ambitions. Ask her to adjust her dreams to fit into potential ‘family life.’ Never tell her that she can choose a family life that expands to accommodate everything she hopes for and is passionate about. Don’t hold back on pushing your boys towards excellence while asking your girls to be perfect without trying.

7) Tell everyone in your society to make her feel abnormal for not wanting to marry a stranger. Remind her of the expiry date that all women are born with, before they are discarded into the rigid spinsters dump that no one cares about.

8) Convince her that the needs of the men in her life come before her own. They are entitled to her service, even on her worst days. And even when they are their worst selves to her. Let her know that her happiness and worth should be based on the cleanliness of her home and how well fed her man is. If need be, bring in religious interpretation for that extra emotional manipulation in case she talks back.

9) Consider it appropriate to ask her why she is not having a baby within the first year of her marriage. Hound her with these questions and throw in key words like ‘biological clock’ and ‘it will complete you.’ Impose on her your ideas of what a woman should do with her uterus. Don’t forget to emotionally blackmail her and make her feel guilty for not allowing her parents and in-laws the joy of little feet running around the house (These little ones poop and need to be fed every two hours. But that’s okay, her superior nurturing skills will allow her to do all that with a smile).

10) Tell her patronisingly that the unrealistic standards expected of her in every aspect of her life are actually a reflection of her how highly the society views her. Then proceed to reduce her to her womb. Contain her in womanhood. Use religion and culture and people’s opinions to rein her dreams in. Monitor her body and be suspicious of what she claims she wants of life. Question her femininity when she does what you don’t approve of.

Set up barriers on every frontier she aims to conquer.

The author is a writer, poet, and chronic traveller interested in exploring the intersection of language, religion and gender. Her work has appeared in various print and online publications, including The Hindu, Economic and Political Weekly, and The Huffington Post. Find her on Facebook (www.facebook.com/nazreenfazal01/) She tweets as @NazreenFazal (twitter.com/nazreenfazal)