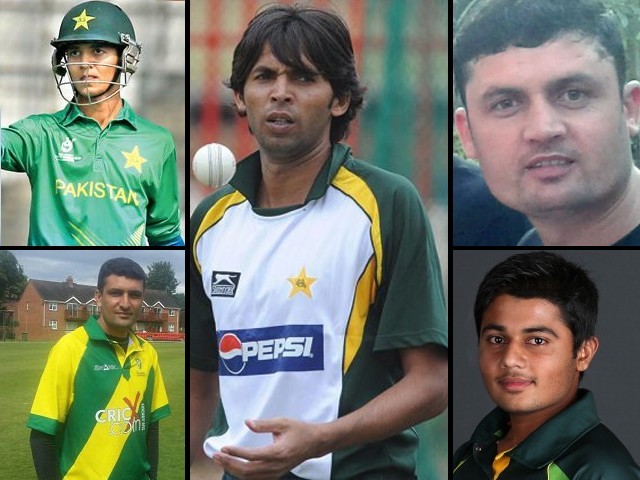 By not selecting these players in favour of others, we are doing more damage to ourselves than the irreparable damage being done to their confidence.

Pakistan Cricket Board (PCB), in an attempt to renovate and reorganise the much criticised domestic set-up, held a player draft for the upcoming Haier Pakistan Cup scheduled to begin on April 19, 2016, in Faisalabad. The tournament will consist of five regional teams: Federal, Punjab, Sindh, Khyber-Pakhtunkhwa (K-P) and Balochistan.

During the draft system, captains of all five teams were given complete autonomy to build a team from scratch consisting of 15 players to be chosen from a list of over 170 domestic performers. Similar to the draft conducted previously, before the beginning of Pakistan Super League (PSL), this draft caused a few upsets that left cricket fans with unanswered questions. I have listed five players who have consistently dominated the domestic cricket circuit for the past few years and deserved to be selected. Hailing from Monzai, K-P, Israrullah has established himself as a solid opener in the past. He represents Peshawar in all three formats in the domestic circuit and has piled up runs with a healthy average in List A and First-Class matches. Israr is often seen playing second fiddle to Raffatullah Mohmand in the shorter formats of the game, where he builds the innings, allowing his partner to adopt an aggressive approach against bowlers.

While Mohmand was fortunate enough to get an international call-up, Israr still waits for his chance to wear the green jersey. Israr has scored 3290 runs in First-Class matches at an average of 36, which include 15 scores of over 50 and eight hundreds. In the shorter format, Israr has managed to pile up 1328, again at an average of 36, with a high score of 155. His performances in both formats are indicative of his calm temperament which has become a necessity for Pakistan team up the order.

Israr was a key player for the Peshawar Panthers when they emerged victorious in the domestic T20 tournament twice. Despite his record and consistency, he remained unpicked during the inaugural PSL draft and was overlooked once again in the Pakistan Cup draft. Israr is currently playing for Zalmi Panthers in the inaugural three-team Kaun Bane Ga KPK Ka Champion tournament being held in Peshawar. Hasan Mohsin proved himself as one of the brightest prospects at the recent U19 World Cup. He displayed amazing all-round performances with great consistency, ending up as the highest scorer and the leading wicket-taker for Pakistan in the tournament. There is a contradiction between his aggression and lean figure which may make him come off as a weak option.

Mohsin came onto the scene with blistering performances during the World Cup and selecting him with the first pick of round 14 would have been an absolute no-brainer. Unfortunately for Mohsin and the future of Pakistan cricket, he could not edge past the corruption and nepotism that allowed the teams to select 16-year-old Ayatullah and Arsal Sheikh, son of PCB official Shakeel Sheikh, over proven performers such as himself. Saud Shakeel has lead his team against the Afghanistan Under-19 in Lahore and in the recently-concluded series against Kenya Under-19 in Nairobi
Photo: Getty Images

Saud Shakeel went unpicked in the Pakistan Cup draft after previously failing to even feature in the list of emerging players in the draft conducted for PSL. The 20-year-old has been making headlines since he began playing at the U16 level in 2011, ultimately going onto the inter-region U19 level, where he represented Karachi Whites and Karachi Zone.

Former Pakistan U19, Captain Shakeel, born and raised in Karachi, credits both Sarfraz Ahmed and Asad Shafiq for having a positive influence on his batting style. Shakeel averaged 48 in 10 First-Class matches that he has played, scoring 635 runs. In List A matches, he scored 448 runs, including four 50s and a high score of 104. Shakeel and Nawaz are considered to be quite similar, primarily owing to their left-handed nature, but what differentiates the two is their preferred batting number and all-round abilities.

While Nawaz prefers batting at number six or seven and may be used as a genuine bowling threat, Shakeel prefers batting in the upper middle-order and may be classified as a pure batsman. The left-handed batsman would have been an invaluable addition to any one of the five units, had he been selected.

Sadaf Hussain is a name that stimulates a sense of curiosity among hard-core fans of Pakistan’s domestic cricket. They remain curios as to how conveniently someone as consistent and talented as Hussain can be ignored every time a tournament of relevance comes up. Standing at six feet five inches, Hussain has the built of a bowler destined for greatness. It is his near-perfect record in the domestic circuit that raises several unanswered questions every time he is neglected by selectors.

After playing 59 First-Class matches, Hussain has a mammoth collection of 283 wickets at an average of 18 with his best match figures of 15 for 154. As far as his List A record goes, Hussain has picked up 77 wickets in 34 matches at an average of 17, including six four-wicket and three five-wicket hauls. Hussain has represented Khan Research Laboratories, Federal Areas and Rawalpindi Rams in the domestic circuit, while also representing Pakistan A.

It is indeed difficult to comprehend how mediocre bowlers such as Asad Ali have international caps and Hussain does not. What is more surprising is how selectors preferred picking Mohammad Sami over someone who has taken the entire domestic set-up by storm. After having been neglected several times, the Pakistan Cup snub will not hurt him as much as it will hurt Pakistan’s domestic performers and their fans.

Mohammad Asif requires no formal introduction. While I would enthusiastically describe Asif as one of the smartest cricketing brains to come out of Pakistan’s domestic structure, in the very next moment I might have to swallow my words with utter disappointment. Asif made a name for himself through his mind-boggling swing that troubled even the most technically correct batsmen. Add to that off field controversies that kept pulling him out of the game.

After serving a lengthy ban for spot-fixing, Asif along with Salman Butt and Muhammad Amir returned to the domestic scene with the intention of reinventing his image as a player. Amir immediately returned to international cricket with a bang and Butt began mounting runs in departmental cricket, while Asif continued to get his mojo back. In the last seven matches he has played, Asif managed to pick up seven wickets at a miserly economy rate.

If Amir can be welcomed back with open arms and Butt can be given a second chance, then so can Asif who has re-emerged at a time when right-arm bowlers are nowhere to be seen in a national arena dominated by nearly similar left-arm bowlers. With the retirement of Umar Gul, Pakistan has experimented constantly with the likes of Bilawal Bhatti, Ehsan Adil and Hammad Azam, but none of them have cemented their place in the team. Bringing Asif back into domestic prominence would have added flair to a shrinking pool of right-handed medium fast bowlers.

Although it might not come across as a serious issue to some, it is indeed one that needs careful observation and analysis. If a player is not provided with the opportunity to showcase his talent at domestic level, how is he expected to serve his country in the long-run? By not selecting these players in favour of others, we are doing more damage to ourselves. While it could indeed be an unfortunate case of hard luck, I firmly believe that a player’s luck should not be determined by the number of contacts he has on his speed-dial.