Why are we as Pakistanis okay with Ahmadis getting killed? 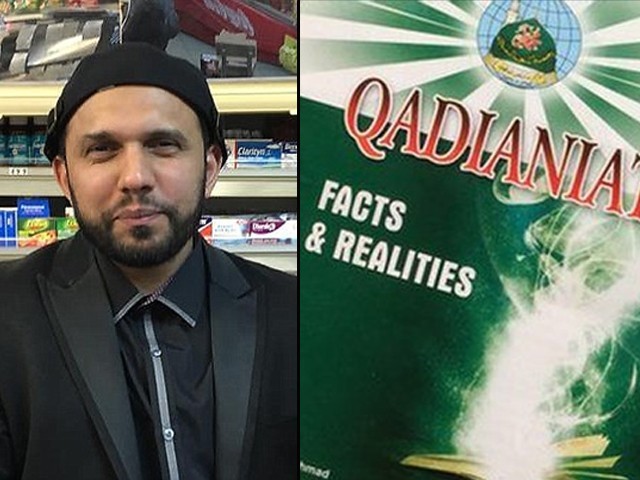 Back when I was in school, having an Ahmadi classmate only meant engaging in childish arguments with them. Now it means fearing for their lives.

A few days ago, BBC reported that ‘Kill Ahmadis’ leaflets were found at Stockwell Green Mosque, in London. They were authored by a former head of Khatme Nabuwat, and the mosque, expectedly, denied any connection with the leaflets.

This follows the murder of an Ahmadi shopkeeper named Asad Shah in Glasgow last month, because he had allegedly ‘disrespected’ Islam and falsely claimed to be a prophet.

All this took place in England, but things in Pakistan, home to the most powerful anti-Ahmadi sentiment in the world, are even worse. While hate speech against all religious minorities in Pakistan is common, the Ahmadi community is targeted much more regularly.

Quite often, fingers are pointed at a lack of education for this reaction. Additionally, the blame is also put on religious hatred that is preached at the countless seminaries across the country. While this does not cover the entire picture, it is true.

However, how many of us belong to families and social circles that accept Ahmadis? The answer is disappointing, but not surprising.

The anti-Ahmadi sentiment is something most of us have grown up with. While our families and friends may not promote violence, there is a significant sense of internal dislike towards the Ahmadi community. Not only do we rubbish the community’s belief system quite regularly, distasteful jokes about Mirza Ghulam Ahmad are just as common.

During my primary school days, I was friends with quite a few children who belonged to the Ahmadi community. I was not even 10-years-old, but even back then; our minds were drilled to believe that their belief system was not just wrong, it deserved to be ridiculed. It was simply not a matter of debate. There were multiple instances where Ahmadi students were cornered by the teacher, almost entirely during classes for Islamic Studies. The teacher-student dynamics ensured that the student would utter a minor disagreement, but then stay quiet after being reprimanded by the teacher.

The teachers were not the only ones doing this however.

As children, we would have the most inane of religious discussions with our friends belonging to the Ahmadi community, but it all ended with one thing; you are wrong. We are not. That is it.

Back then, it never occurred to us how senseless our take on things was and how this closet aggression towards religious beliefs of the Ahmadi community was doing to children who followed that very belief system. A few years later, still in school but having a bit more capacity to comprehend these things, I noticed that the very same children we put down for their religious beliefs, now refused to engage in such discussions.

Growing up, a large number of these children and their families immigrated abroad. Back then, we thought they only did so for economic reasons. It never occurred to us that it was done because their families did not feel safe in Pakistan. As children, they had only been exposed to subtle dislike. As parents, they had been exposed to visible hatred in Higher Education institutes and workplaces. It is no wonder that by the time I entered university, there were very few students in class who claimed following the Ahmadi faith.

The reason behind this was simple; to avoid being marginalised.

Back when I was in school, having an Ahmadi classmate only meant engaging in childish arguments with them. Now it means fearing for their lives.

At some level, we have all contributed to the marginalisation of the Ahmadi community in Pakistan. Either in school as a group of foolish kid, or as adults where we choose silence over action. Marrying into an Ahmadi family, even in today’s day and age, is next to impossible as far as many of our parents are concerned. Even for the most open-minded of us all, this is a sad reality.

We have the audacity to cry hoarse over the Rohingya Muslim bloodshed, but turn a blind eye towards the mess at home. We can beat the ‘things are changing’ drum in Pakistan all we like, but the ugly truth is that treating the Ahmadi community like equals is something that we will not see in our lifetime, and each and every one of us is to blame for it.