Was Fawad Khan’s decision to play a homosexual a mistake? 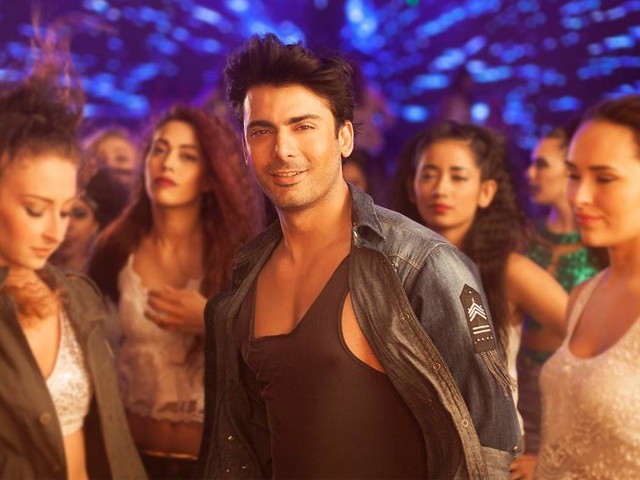 Fawad’s effortless and convincing acting may have done wonders for gay men in India, but the same can’t be said across borders. Not even a little. PHOTO: KAPOOR AND SONS FACEBOOK PAGE

Kapoor and Sons has garnered much success after its release, grossing over INR100 crore globally within just one week. But apart from its box-office triumph, the film has also received acclaim for bringing topics such as infidelity and homosexuality, once considered taboo, to the forefront of upper-middle class family dynamics.

Director Karan Johar must be given credit for cleverly casting an actor that women swoon over to break the stereotypical image of gay men in our society. However, it seems Fawad Khan may have committed to the movie before having completely thought it through; his effortless and convincing acting may have done wonders for gay men in India, but the same can’t be said across borders. Not even a little.

In Pakistan, homosexuality is a tricky subject. Some may accept it or believe in it. But most people will seek comfort in the deafening silence that comes with the subject. In 2010, a man and a eunuch in Peshawar were put behind bars for allegedly being wed in a private ceremony. The accused, however, said the police falsely arrested them for a crime they hadn’t committed. What followed though was the belief, held by many, that the floods that occurred the following year were ultimately God’s punishment against such ‘evil’.

In a country where even a harmless women’s protection bill is hard to pass without controversy and strong opposition, homosexuality remains an issue people prefer not even commenting on and are conditioned to denounce. In my childhood, I was told that even uttering the word ‘pig’ out loud was considered a sin, which is why I referred to it as ‘P’ or ‘P-I-G’. Similarly, in Kapoor and Sons, the protagonist was meant to be a homosexual, yet, the use of the word ‘gay’ was completely omitted.

Interestingly, in a recent interview of Fawad with Rajeev Masand, our very own homeboy blushed when asked about his reluctance towards onscreen intimacy. He explained that Pakistani audiences that frequent the cinemas are not ready for cinematic intimacy as it is something they have not really been exposed to.

These movies are intended for families. By using sex education as an example, Fawad explains that when it comes to sex, parents find themselves in a tough spot; they have to educate their children on what they find uncomfortable to address and what the children are completely clueless about. Keeping the same logic in mind with respect to homosexuality, when families watch such movies together, how are parents supposed to explain why Fawad’s onscreen mother cannot accept who he is? And well, what is he, exactly?

We witnessed how a majority of middle-class people were all praises for Pakistan’s king of controversy Hamza Ali Abbasi and his Facebook status on the legalisation of gay marriage in Pakistan,

A more recent example is that of a popular English newspaper that self-censored its international partner’s story on homosexuality: a picture of two men pecking was removed, leaving behind the white space of the newspaper. Despite many liberal voices calling out the move as a defiance of freedom of press, the majority, who tend to disagree with upper-class ideologies, lauded the efforts. This doesn’t come as a shock to us, considering we pacify our close mindedness by classifying natural calamities as forms of punishment.

This problem requires our immediate attention.

This all explains why, when I was watching Kapoor and Sons at the cinema, the unanimous gasps that followed the plot twist illustrated a silent furore. The laughter of 20-somethings that ensued shortly after revealed just how insensitive and ignorant we can be. A plot twist, that was meant to be serious, transformed into light-hearted humour with comments like, “Niki toh larka nikla” and “Apna bhai toh gay hai” followed by more unapologetically loud giggles.

In another interview that aired after the release of the movie, Fawad defended his decision to play a gay character:

“A friend of mine gave me the example of Zia Mohyeddin, who is a very famous Pakistani actor … He played the role of a eunuch in one of his films. That was a time when people would make fun of eunuchs. So, it was a very bold move. Mohyeddin thought that a normal person would be interested in a movie if the content is good. That interest would get heightened if one put an anomaly in it, like the unlikely character of a eunuch in the plot,”

Years after the release Mohyeddin’s movie, a critically acclaimed Pakistani movie, Bol, was released. This movie featured a chubby boy from a conservative family who happened to be transgender.

Even though the movie marked Pakistan’s return in cinema, the boy was soon forgotten. However, Humaima Malik’s acting and the issues revolving patriarchy received more acclaim. The boy, who was raped by thugs and then killed by his own father, was forgotten in the same manner as the Reemas or Sheelas of our society, wandering from street to street, begging for recognition along with every Rs10 they can get. Their freckled faces and tired rough hands bear testimony to where we were and where we have come; the latter remaining stagnant, unmoved.

Fawad’s serious, calm and composed acting made him quite convincing as an actor. However, his desire to break stereotypes in a country which still fails to even understand the concept of consent shows how little he understands. Or, how little we, as Pakistanis, do.

The author is a journalist by profession. A shopaholic, feminist, fashionista and animal lover by nature. She tweets as @ChauhanNisma (twitter.com/ChauhanNisma)

Do Meesha Shafi’s allegations hold no value just because Ali Zafar “looks like a decent guy”?

Lipstick Under My Burkha does not empower women; it only pits woman against woman – one of patriarchy’s best defences

Why did Ali Xeeshan use fair-skinned models to promote dark skin?