How will the Panama leaks affect Pakistan? 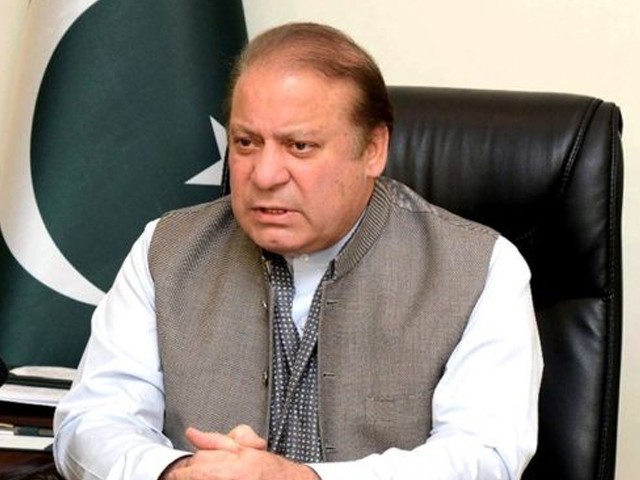 I am certain that residents and representatives of NA-250 will be carrying around sheaves of documents, brandishing them around like the last figurative nail in the coffin of Nawaz Sharif’s political career. PHOTO: AFP

Before anyone decides to delve into the 2.6 TB of data that is the Panama Papers, let me state categorically that at least half of the world’s population is out to get us; me, you, that crazy widower two doors down from you, the man on the street peddling Chinese batteries and knick knacks, your vegetable seller, my fruit seller and definitely our cobbler. It’s pertinent to note that this has been the world since the inception of Pakistan, so this should come as little surprise to us.

Another aspect that should not surprise us is the fact that some of us knew about the Panama Papers before others and Lord knows how many times those select few tried to get their hands on John Doe to get him to regurgitate all he knew. In the days to come, I am certain that residents and representatives of NA-250 will be carrying around sheaves of documents, brandishing them around like the last figurative nail in the coffin of Nawaz Sharif’s political career. In all likelihood they will haunt the long stretch of chai dhabas in Phase VI like a bunch of Mormons portending the apocalypse.

Najam Sethi will likely claim that he had divined this information after closely studying the entrails of a bunch of tittering red-breasted robins that was particularly spry and loquacious that Sunday evening. While his skills related to fowl and all other avian creatures might be on the decline, his astute analysis of politics and financial statements will be of immeasurable use in the days to come, insufferable though it might seem occasionally.

Sheikh Rasheed Ahmed will take credit for at least half a terabyte of the data, claiming that he had said the same things many years ago, although in a manner that seemed even more round about than his current assessment of all things relating to Pakistani politics.

The Panama Papers come from a man named John Doe; this is of greater consequence than it may seem as Orya Maqbool Jan would want to see a photocopy of his passport. Allegedly this is a standard procedure among serious journalists who want to protect their sources. If no news source is able to satisfy his curiosity by furnishing the aforementioned credentials, Mr Jan would have no recourse but to raise hell on an evening show. This won’t be the first time.

After having seen the men of the house vigorously discuss the issue of authenticity of these godforsaken papers, all the housewives in the country will want to know what all this hubbub is about. Enter the morning show hosts who will deconstruct the lives of all those involved in this scandalous affair. Is Jürgen Mossack Jewish (certainly sounds like it)? Has Ramón Fonseca gotten over his last dalliance with a woman half his age? Where the hell is Panama? Why is it broken up into two pieces? Could they have not opted for a single land mass like Pakistan?

In order to aid them in their endeavours they will call upon Hamza Ali Abbasi, because no other political analyst looks quite as delicious as him. Hamza, is by all accounts, the sharpest tool in the shed, provided that, the shed contains only a sledgehammer. Right after meticulously going over his grandmother’s pakora recipe for Ramazan, he will be scheduled to deliver his views on the subject.

This would entail a clairvoyant soliloquy conveyed in a voice reminiscent to a host of singing angels, touching upon subjects as far-reaching as nationalism, religious devotion, Cold War propaganda, Palestine, the conflict in Syria, his personal account in a local bank, his tax accountant’s activities, the detrimental  effects of globalisation and propaganda with decidedly Judaic and possibly Hindu overtones. For the figurative cherry on top, everyone will dance afterwards to a suggestive Bollywood song and call it a day. The following day, Hamza will publicly self-flagellate himself for being a part of a seemingly Hindu charade.

Raheel Sharif will remain nonplussed about this matter.

The author is a technology and retail consultant specialising in reporting and analytics. Apart from that, his interests include politics, rhetoric, philosophy and critiquing society and culture.