13 Hours: Better than the Transformers movies but still a pretty bad movie 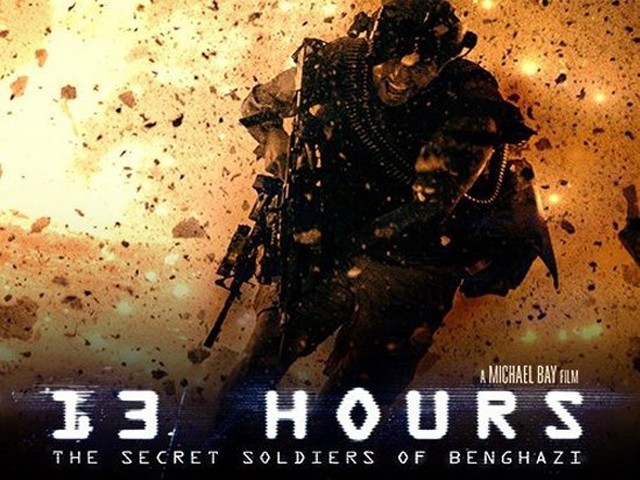 The storytelling is clunky, the runtime is bloated and the scattershot editing is so incoherent that it blurs the characters and turns a simple set of locations into a twisting maze.

Ever since bursting onto the scene in 1996 with the excellent action-thriller The Rock (1996) starring Nicolas Cage and Sean Connery, director Michael Bay has steadily become one of the most commercially successful and critically reviled directors in Hollywood. His films never shy away from shameless levels of jingoistic patriotism, product placement, racist undertones and stereotypes, objectification of any and all female characters and a stunning amount of disdain for the CIA. His disregard for character, plot or any visual coherence for that matter is at times alarming. Oh, and he loves blowing shit up.

So hearing that Michael Bay directed a film about the tragic real life events of the September 11, 2012 attack on two US compounds in Benghazi, Libya surprised me at first, because firstly it’s very rare to see a Michael Bay movie that isn’t just for teenage boys and secondly because handling such a story requires a great deal of nuance and subtlety, something Bay is not known for.

Adapted for the screen from Mitchell Zuckoff’s book by writer Chuck Hogan, 13 Hours: The Secret Soldiers of Benghazi finds Bay trying to show and tell how it all went down on September 11, 2012, in Benghazi, Libya when militants attacked the US diplomatic compound and a nearby CIA stronghold on which four Americans were killed, including Ambassador J Christopher Stevens.

Back in 2012, these events became what can best be described as ‘political football’ in the Presidential race for the White House with then American Secretary of State Hillary Clinton getting most of the blame by the Republicans. But 13 Hours smartly strays away from the political mire and instead focuses on six buffed and bearded private military contractors who have been directed to protect CIA operatives gathering intelligence. The amount of restraint Bay is able to pull off with 13 Hours is surprising considering it’s a Michael Bay film and the mayhem is certainly tame for Bay’s standards, but that is no compliment because 13 Hours quickly escalates into an incoherent and visually annoying shoot-em-up and a jingoistic, against-all-odds story of American bravery where Americans must do anything and everything to protect themselves from whom they constantly refer to as the ‘bad guys’.

The script from Chuck Hogan does little to give any real characterisation to the six interchangeable mercenaries played by John Krasinski, James Badge Dale, Pablo Schreiber, Max Martini, David Denham and Dominic Fumusa, but to the actors’ credit they manage to come across as more human than you’d expect from a Bay movie. An empathetic John Krasinski and a grizzled James Badge Dale particularly stand out. But apart from that it’s all quite revolting.

The Libyans are basically anonymous thugs and blood bags who blow up when shot at. The dialogues are atrocious and full of lines that do little more than demonstrate how ‘macho’ these characters are, and show one, of the film’s few, female characters what ‘real-men’ are capable of.

The storytelling is clunky, the runtime which clocks at a testing two hours and 24 minutes is bloated and the scattershot editing is so incoherent that it blurs the characters and turns a simple set of locations into a twisting maze. Surprisingly, the action-set pieces are actually one of the film’s very few positives because for once, there are actual stakes and there’s a little more to it than giant robots fighting giant robots but the murky and shaky visual aesthetic that’s full of handheld shots gets so annoying at times that it takes a lot away from enjoying these set-pieces. 13 Hours works on a surface level. It has some nice action and some cool explosions and if you’re a 15-year-old teenager who loves first person shooter games, you might not have a particularly bad time with this. But as a war movie, 13 Hours falls flat because it doesn’t really have any concrete perspective and everything from proper characterisation to coherent editing is thrown out the window, nor is the film engaging on anything more than a gut level. It’s commentary on Middle-Eastern politics can best be summed up by the scene in which Pablo Schreiber’s character tells a local,

“Your country’s gotta figure this shit out”. I guess you could call the film a massive improvement over Bay’s recent efforts like Pain and Gain (2013) and the Transformers movies but at the end of the day it’s still a pretty bad movie.