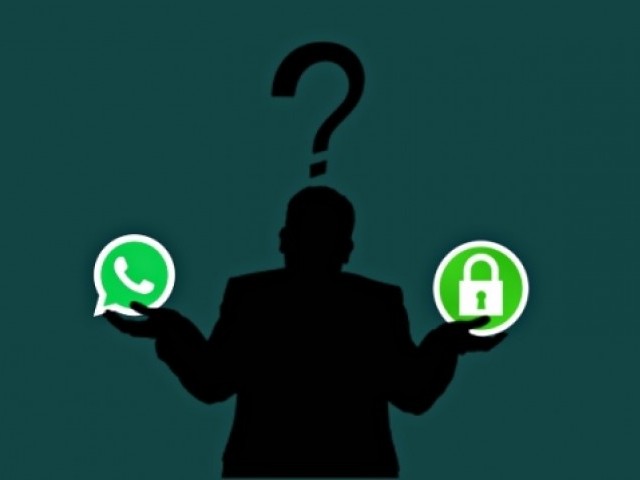 the existence of an incalculable amount of threat involved with giving access, even to the authorities, to the personal information of individuals in the digital world.

Amidst the battle between Apple and FBI over accessing one’s private phone, WhatsApp decided to take a bold step and began encrypting all of its user messages. This encryption has recently been the topic of heated debates, especially after Apple’s refusal to comply with FBI’s demand of letting it access the phone of a terrorist involved in the San Bernardino shooting in December 2015. Tim Cook, after succumbing to the Bureau’s demands, issued a statement pointing out that hacking an individuals iPhone would require a software to that could potentially become,

“A master key, capable of opening hundreds of millions of locks.” Tim Cook: “We are challenging the FBI’s demands with the deepest respect for American democracy and a love of our country. ”
Photo: AP

Even though the FBI were able to accomplish their task with the aid of a third party, non-encrypted services provide a loophole to hackers, allowing them to gain access to all types of sensitive data. There is, thus, the existence of an incalculable amount of threat involved with giving access, even to the authorities, to the personal information of individuals in the digital world. WhatsApp’s recent decision, therefore, deserves laud.

Encryption is the translation of data into a secret code. Encryption is the most effective way to achieve data security. To read an encrypted file, you must have access to a secret key or password that enables you to decrypt it. Unencrypted data is called plain text; encrypted data is referred to as cipher text. It stems from the science of cryptography – the art of coding and decoding messages, which was widely popularised and used during the World Wars.

Encryption is vital for businesses and corporations alike where tremendous amounts of transactions are continually at risk. However, it is now in demand in the everyday individual’s life as threat to privacy is on the rise. This necessity of encryption rose sharply after 2013, when Edward Snowden leaked information about the authorities including the National Security Agency (NSA) spying on private emails and messages of individuals. What followed was a public outcry over the blatant and uninformed invasion of privacy rights. The two attackers at the Chicago O’Hare International Airport on 27 July 2014
Photo: AP

What has WhatsApp done about it?

Following the footsteps of services such as Telegram; WhatsApp, with over a billion users, has introduced end-to-end encryption. This means that messages can now only be read by the participants of each chat and no other third party. The company, more specifically, mentions in a blog,

“From now on when you and your contacts use the latest version of the app, every call you make, and every message, photo, video, file, and voice message you send, is end-to-end encrypted by default, including group chats.”

However, the strength of encryption techniques used by applications such as Telegram and iMessage is questionable. The driving force behind WhatsApp’s encryption service is a much more secure system created by eminent cryptographer, Moxie Marlinspike, responsible for the organisation of “Open Whisper Systems,” which is the forerunner in the realm of cyber security. Their app, Signal, promised the most secure form of encrypted messaging available, now powers WhatsApp’s encryption system.

The motive behind WhatsApp’s move remains questionable. Are the developers actually sincere in providing the rights of privacy to citizens around the globe, or is this just a timely move in the wake of potential government espionage, in order to get ahead of its competitors?

As users grow more conscious to the growing threat of privacy invasion, encrypted services are sure to attract great attention. WhatsApp has established itself as the leading messaging app worldwide and it seems as though the company is looking to wipe out any competition from companies offering similar services.

There still lies an issue over national security and the big ‘what if’ authorities are not given access to the information of individuals they require. There is no guarantee, however, of this power being used responsibly by the authorities. It is fair to assume that a certain advantage would be gained by security teams through accessing private information of individuals that are a threat to society, enabling personnel to act early and prevent the occurrence of a future attack.

Handing over this key to authorities carries with it a range of risks. As previously mentioned, giving authority to a limited number of people to access each individuals private information provides a back door to potential hackers. The past few years remain witness to several security breaches with disastrous effects. Adobe faced a colossal security breach in 2013, when sensitive data including passwords and credit card information of almost three million customers was leaked. It is important to note that Adobe failed to explain whether all the user data was encrypted.

Similarly, the Sony Pictures Entertainment hack took place, in which personal information including emails, employee data and copies of unreleased Sony films were released. This leads one to face the fact that in today’s world it is not only giant corporations that face the threat of a security breach. As users recognise the importance of their right to privacy, they feel the need to protect their information from not only hackers, but from espionage by the authorities as well. Besides, who would really want their messages or emails with friends, co-workers and loved ones to be at the disposal of complete strangers? Which is why individuals now face a real dilemma.

Authorities and governments are acting like the Big Brother in our society, eerily resembling an Orwellian society. Mass media, which has now adopted the digital format, is an area full of loopholes and back doors, with all kinds of information constantly exposed to the threat of being leaked.

To keep up with modern day technology and the threats that come with it, corporations are expected to make sure their systems are using the best encryption software in order to guarantee their privacy. After WhatsApp’s move to provide end-to-end encryption, more companies are expected to follow in its footsteps in a move to satisfy the customers who are now conscious of their right to privacy.