Has Thar been so grossly neglected only because it is in Sindh and not in Punjab? 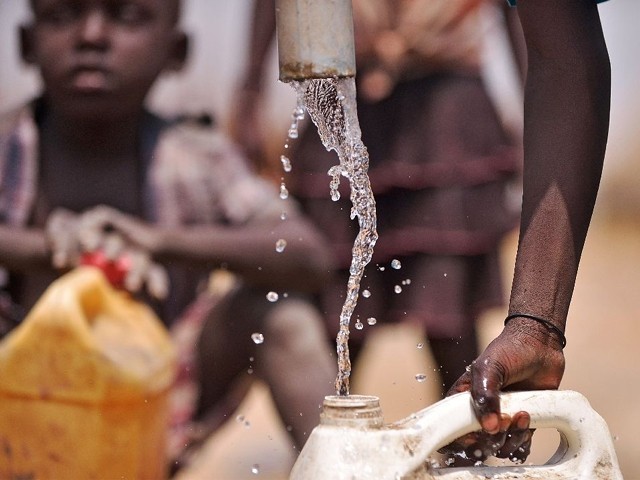 The prime minister has talked about utilising the resources of Thar countless times but he has never taken any effective measures to resolve the destitute conditions of the people of Thar. PHOTO: AFP

The death toll in Thar is escalating by the day and while the Sindh government awaits some form of divine intervention, children in Thar are starving to death. There have been a million editorials and op-eds about how the children of Thar are suffering. Political leaders have addressed this issue, yet the issue prevails. Is this because the people dying are uneducated nomads living in a supposedly unimportant land of a purportedly unimportant province?

How do you think the scenario would have played out if Thar was situated in Punjab? Punjab, where the grass is green and people don’t die of thirst or famine. I am sure the entire nation would have been all ears then. Why wouldn’t they be? After all, a calamity would have hit an important land of an important province where important people were losing their lives.

We keep saying ‘all lives are equal’, which is quite ironic when in one province people are dying because of lack of food and medication while in the other, people are moaning about the shortcomings of the new Metro service.

The Sindh government is a mishmash of unreliable leaders and forgotten strategies. The chief minister has vowed to help the victims of Thar a gazillion times yet the victims continue to suffer. Other members of both, provincial and national assemblies have followed suit. Many leading members of Pakistan People’s Party (PPP) have given brainless statements regarding this sensitive issue.  Even today, while the infants of Thar continue to live in this agony, our PPP leaders are busy protesting over General Musharraf’s departure. Yes, of course we know where our priorities lie.

The Sharif brothers, on the other hand, are only concerned with Thar’s coal, not its people. The prime minister has talked about utilising the resources of Thar countless times, but has never taken any effective measures to resolve the destitute conditions of the people of Thar. Is this because the issue prevails in Sindh and not in Punjab? Has the prime minster forgotten that Sindh too is a part of Pakistan? Or is he only concerned about Punjab?

If the same situation had occurred in Punjab, the prime minister and chief minister of Punjab would have visited the area instantaneously and called for immediate actions to resolve the issue. The Punjab government would have vowed to end the crisis and, unlike the Sindh government, it would have kept its promise. Every MPA and MNA would have worked towards finding a solution, instead of holding purposeless press conferences; they would have put an immediate halt to the calamity.

The leaders of Punjab and the members of the Pakistan Muslim League – Nawaz wouldn’t have made any insensitive comments regarding the issue. The entire nation would have come together to save the lives in Thar of Punjab. Only a few would have lost their lives and others would have been provided proper aid before it was too late. A crisis would have been averted and many would have been saved.

I mean just compare the development rate between all four provinces of the country. Punjab will lead the polls, the second in line will be Khyber-Pakhtunkhwa and then when the dust finally settles you will see Sindh and Balochistan peak their heads out in hope of some reprieve.

There is no denying it. And if you don’t believe me, visit the rural areas of each these provinces – that should be enough to confirm what I have said.

We, in Sindh, expect a lot from the man who has been voted to lead our nation, especially now when our provincial government has proven itself a dead loss. Hundreds of women and children have lost their lives. I urge the entire nation to take notice of the victims of Thar and plead the authorities to not let them die.