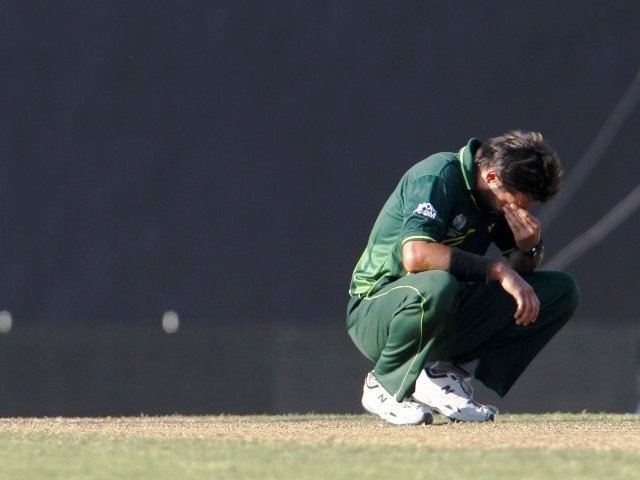 What we can do now is chalk out what Pakistan can learn from its competitors and take these lessons into consideration for the ODI World Cup in 2019 and the World T20 in 2020. PHOTO: REUTERS

The World T20 finished on an exhilarating note. What seemed to be a hopeless match for the West Indian team, turned out to be a miraculous victory when Carlos Brathwaite hit four consecutive sixes off Ben Stokes last over.

While Brathwaite will be hailed as a hero in West Indies, the same cannot be said for Stokes. His reaction after his expensive over, 19 runs on four balls, was truly upsetting, but with everything said and done, England played brilliantly as well.

The 2016 World T20 will be remembered for some of the best cricketing moments, such as the Afghanistan team giving England a hard time and beating the West Indies. They definitely sent out a clear message to all its competitors. With Inzamamul Haq as their batting coach, it can be said that Afghanistan will soon evolve as an extremely strong team.

World favourites, New Zealand and South Africa were knocked out of the tournament, but only after showcasing commendable talent. And then there was the unfortunate case of Pakistan.

Pakistan’s first game against Bangladesh was beyond amazing. Moreover, Shahid Afridi’s innings in that game were a rare glimpse of his past heroics. But that was the only game Pakistani fans could be proud of. What followed were disappointing losses against India, New Zealand and Australia.

Pakistan’s first game against Bangladesh was beyond amazing.
Photo: AFP

What led to Pakistan’s poor performance?

Well, there are countless reasons, but there’s no point getting into the nitty-gritty of it. As it is, cricket in Pakistan has been politicised to a great extent, so much so that people are saying the Pakistan Cricket Board has more politics than the government itself.

What we can do now is chalk out what Pakistan can learn from its competitors and take these lessons into consideration for the ODI World Cup in 2019 and the World T20 in 2020.

This team has been a pleasant surprise to watch. The Afghanistan team displayed valour and courage on the field. Considering they were playing against big names, they still managed to give most of the teams a run for their money.

The Afghanistan team displayed valour and courage on the field.
Photo: AFP

What the Afghanistan team has is an appetite for victory. All they lack is experience, which can be fixed with the help of their cricketing board.

What the Pakistan cricket team can take home from their team is playing with a passion which will guide them towards victory.

This team boasts of true cricketing spirit. Australia is known to be a tough side, but what they lacked during this tournament was a strong bowling attack. They relied heavily on the likes of Josh Hazelwood and James Faulkner, which somehow failed, maybe because the two were under immense pressure to deliver their best.

Moreover, the only decent match they played was against Pakistan. The remaining matches were packed with shoddy performances, despite them having an excellent record in Test cricket and the ODI format. If only they could revamp their T20 side, they would become a force to reckon with.

The only decent match they played was against Pakistan.
Photo: AFP

Pakistan can learn an important lesson from Australia; do not rely on a handful of team mates to help your entire team out. It’s just not fair and neither is it practical.

Bangladesh has undergone one of the greatest transformations. This team was literally struggling and nobody took them seriously, especially with the inclusion of its new members. After the 2011 World Cup, Bangladesh has come out a strong contender. A case in point was the gripping match against India. They had the game in their hand with just one run needed off three balls, yet somehow they threw the game away. 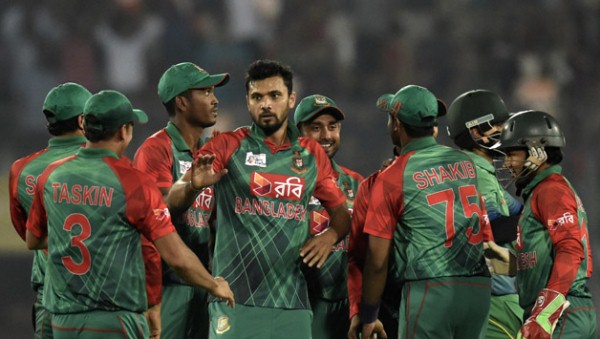 Bangladesh has undergone one of the greatest transformations.
Photo: AFP

What Pakistan can take away from Bangladesh is to keep their calm till the last ball; you never know which way the game can swing.

The runner ups were never really a favourite. Most thought they would be sent home in the initial knock out stages, especially after having lost to West Indies. But with their match against South Africa, where they chased 229 thanks to a blistering innings by James Roy, 43 off 16 balls, they cemented their place in the tournament. Add to that, winning a lost match against Afghanistan, thanks to Moin Ali and David Willey. 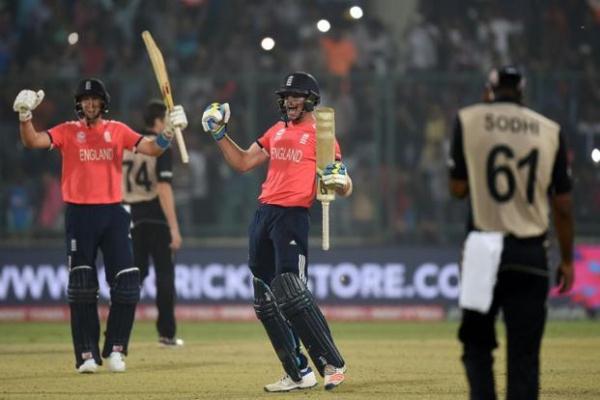 These runner ups were never really a favourite.
Photo: AFP

Pakistan should learn they should not panic against any team, be it India or Afghanistan or be it a low or huge target to chase. Sensibility and calmness should be the order of the day in such situations.

India were undoubtedly one of the other favourites apart from New Zealand. They had one of the best batting line-ups, obviously, since they have one of the world’s greatest batsmen, Virat Kohli, on their team, a great bowling attack and vigilant fielders. Yes, they had the advantage of their home ground and most thought they’d make it to the finals. We were also convinced that the quarter final was definitely going to be against the West Indies. Alas, we were wrong.

They were beaten on their home ground by a determined West Indian side.
Photo: AFP

They were beaten on their home ground by a determined West Indian side.

The best lessons Pakistan can take home from India is the synchronised teamwork, never relying on luck and relying more on hard work, tact and earnest effort.

New Zealand were the tournament favourites. But they should get the title of chokers as well, which is usually taken up by South Africa. I mean, they had an impeccable record up until the quarter finals, yet they lost against England. How does that even happen?

New Zealand had the perfect winning combination; powerful hitters, fast paced attacks and an intelligent captain capable of reading pitches. They could have sailed smoothly into the semi-finals if they had better luck in their bowling department against their match with England. 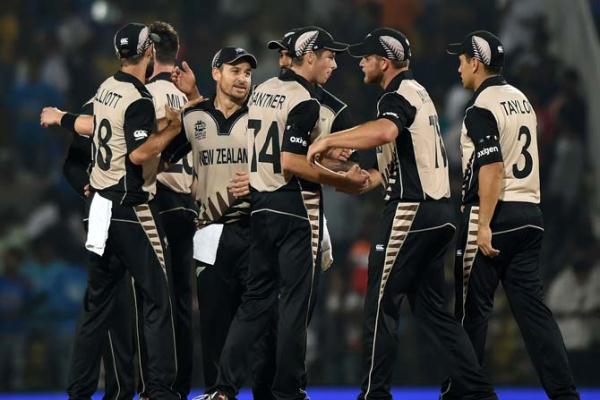 A crucial message for the Pakistan cricket team from New Zealand should be the ability to read pitch conditions and base your selection upon this reading.

The defending champions were thrown out by England during the initial group matches. One of the main reasons for their below average performance is that their team is in the rebuilding phase. They are still reeling from the after-effects of Kumar Sangakkara and Mahela Jayawardena retiring from the team. Moreover, their bowling attack is weak with Lasith Malinga not playing. 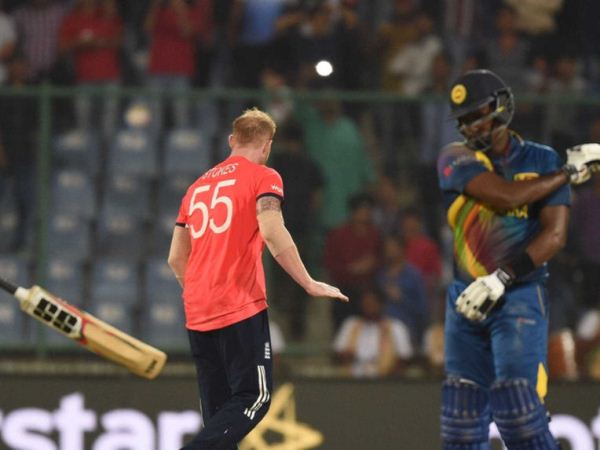 The defending champions were thrown out by England during the initial group matches.
Photo: AFP

Pakistan should consider putting together a new team for the upcoming mega events and this rebuilding should start now, keeping our recent dismal performances in mind. Rebuilding is crucial in order to make a strong comeback.

South Africa is always a favourite amongst most cricketing fans. But they were sent home early since they were unable to recover from the staggering loss against England. Even though they have a world class batting line-up that can adjust to any format of the game, along with one of the best bowling attacks, they just couldn’t make the cut.

South Africa is always a favourite amongst most cricketing fans.
Photo: AFP

What they lacked was confidence and that’s exactly what Pakistan needs. You may have the best team, but you need confidence in yourself and each other to add the finishing touch, otherwise, victory will only remain a distant dream.

What a team! This is their second win and a well-deserved win. They were downplayed by most and were not even considered a team that could make it past the initial knock out rounds; keeping in mind they had contenders such as South Africa and England in their pool.

What a team! This is their second win and a well-deserved win.
Photo: AP

But they did; and they held the cup high for the second time. It’s not as if the team has one player who shined throughout the tournament; every match had a different star, starting from Chris Gayle to Andre Fletcher to Lendl Simmons to Samuel to Brathwaite.

There’s so much to learn from this team, their teamwork, their dedication, the reliability of players, the spirit and their aggression on field.

Let’s hope our team can try to incorporate some of these factors and bounce back, because to be honest, we need them to bounce back for the sake of cricket and its future in Pakistan.

The author is an IT Professional from Peshawar. He loves to read literature and history, and watching cricket and movies. He tweets as @shernawaz (twitter.com/shernawaz)