WikiLeaks: A missing cable and a dinner for Prince Charles 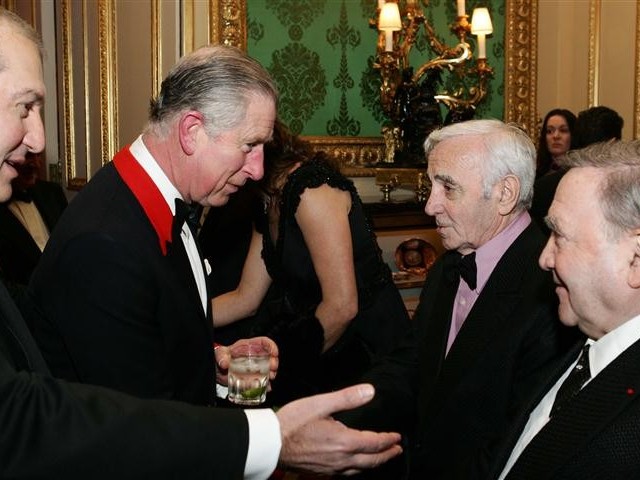 The Saudi prince’s nervousness stemmed from the fact that the dinner for Prince Charles was 3 weeks away.

Here are some interesting nuggets that much of the world press hasn’t reported upon, and isn’t likely to either, because they don’t make for ‘sexy’ reading/content.

The case of the missing cable

The News – and Jang – of December 9 had a lead story which, quite unbelievably I must say, quoted a cable from the US embassy in Islamabad saying all the things that the establishment in Pakistan would want the world to think about:

The Express Tribune of December 9 also carried a similar story – by Online news agency  on one of its inside pages. Intriguingly enough – or perhaps worryingly – when I scoured the WikiLeaks website on the evening of December 9 for this cable I couldn’t find it. Lest I be accused of not looking hard enough, cables can be searched by embassy location and by date. The report (which has also been carried in Ahmed Quraishi’s blog and websites like Daily Mail News) said many things, including that a former Indian army chief was considered a “geek” and a “bad combat commander”, that the current Indian army chief was a braggart and egotistical and that the Americans were of the view that the Hindu right wing parties posed a far greater threat to regional stability than the Taliban, al Qaeda or the Lashkar-e-Taiba. As Café Pyala has already pointed out, this is BIG news, so why didn’t more papers (other than The News and Jang) carry it? Perhaps the reason for that may have to do with the fact that this cable cannot really be found on the website of WikiLeaks – at least not as of 6 pm December 9. So where is this missing cable? When will it be released? The News and Jang credited “agencies” with this, so which news agency had it? Apparently one of them is Online, and if the publications were fooled into carrying it perhaps they should issue a correction. Is this cable authentic and real and if so why cannot I find it on the WikiLeaks website? Or is it the handiwork of some elements (let’s not name them) who, knowing that the papers are awash with leaked cables every day, thought of introducing some of their own ‘leaks’?

A cable from the US embassy in Brasilia, created on May 24, 2005, revealed that Brazil turned down a request from the US government to take in Guantanamo captives whom the US wanted to release and be rid off its hands. The cable quoted a political officer from the US embassy talking to officers in Brazil’s external affairs ministry on the matter, only to be asked in return why the US hadn’t first given these people refugee status. The Brazilian officials are quoted as saying that under Brazilian law, no asylum can be given unless the person applying for it first obtains refugee status and in this instance it was for the US government to give this classification. The American embassy sought help from the US State Department in this matter and also realised that if the Americans gave refugee status to the Guantanamo inmates, then Brazil would still refuse to take them in citing the custom that if a state declares aliens refugees then it should have no issue taking them in by giving them asylum.

Prince Charles is invited to dinner

A cable from the US consulate general in Jeddah, created on Nov 8, 2006, detailed a meeting between the consul general and the prince of Asir province’s “fixer”, a “prominent Western businessman”. The latter told the American diplomat that the prince sought his (the businessman’s) help prior to a visit to the Kingdom by Prince Charles and that during the said meeting the Saudi prince mentioned that like Prince Charles, he too had a love for painting. The businessman told the US diplomat that as a consequence of this the prince had opened a “painter’s village” in Abha, capital of Asir province, and in it the paintings include those of human faces. The businessman said further that the Saudi prince sought his help for hosting a dinner for Prince Charles and that the Saudi prince was “nervous” because of the state of the palace that he was living in. Though the Saudi prince had built a new palace, he was, according to the western businessman, still residing in his deceased father’s old palace and its first floor “needed attention” since the structure was “aged and in dire need of renovation”. The Saudi prince’s nervousness stemmed from the fact that the dinner for Prince Charles was three weeks away. The businessman said that the first thing he did was to “cut of all electricity so that no one would be able to turn on the lights and see what was taking place”. He then “inserted Styrofoam into the holes in the walls” and “set up projectors to project colours and designs on to the walls”. On the evening of the “party” candles were the “only source of lighting throughout the house”. It turns out that this plan was “successful as the Prince of Wales commented on how luxurious and beautiful the palace was. The businessman said that a few days later, he received a “tip” from the prince in the sum of 50,000 Saudi riyals (approximately $13,300). (The Guardian has separately reported that the businessman was British.)

Saudi journalists “free to write what they wish”

A cable from the US Embassy in Riyadh and dated May 11, 2009, wrote an extensive brief on the state of the media in the Kingdom. It started off by saying that the Saudis have a “regulatory system” that allows the ruling regime a “means to manipulate the nation’s print media” and that “Saudi journalists are free to write what they wish provided they do not criticise the ruling family or expose government corruption”. It noted that in any case, “most media in Saudi Arabia — print and electronic — are owned by royal family members” and hence “self-censorship is the order of the day”. The brief, however, noted that things were in fact changing and that one “trend we have noted in all media here: the increase of well-educated relatively pro-US Saudis in editorial positions” and that one of the leading providers of information and news in the Kingdom had been directed by its senior management to “reinforce ‘modern ideas’ that the Saudi leadership wishes to purvey as an antidote to extremist ideology”. The brief including details of Saudi having a “three-hour” discussion with “one of Rupert Murdoch’s sons on a deal to publish an Arabic-language version of the Wall Street Journal” and that one other media group was trying to “win a contract to publish the International Herald Tribune in Saudi Arabia”. The brief further detailed a conversation that a Saudi official had with a US embassy press officer on the TV channel MBC saying that while it was owned by King Fahd’s brother-in-law, half of its profits went to King Fahd’s youngest son Abdulaziz. The press officer also managed to find out that the prince took an active role in the “ideological direction” of the al-Arabiya TV channel.

The cable then goes into some detail on the viewing habits of young Saudis. It quoted an individual, whose name had been X’ed out, who said that “American programming on channels 4 and 5 [incidentally these are available in Pakistan as well] was proving the most popular among Saudis. The point in fact began with the sub-heading “David Letterman – Agent of Influence”. It specifically quoted CBS and ABC Evening News and David Letterman, and the television shows Desperate Housewives and Friends.

The brief said that embassy officials were told that this programming was “also very popular in remote, conservative corners of the country where he said ‘you no longer see Bedouins, but kids in western dress’”. The cable quite clearly said that the Saudis saw this US programming as part of a concerted effort to influence the minds of young Saudis to cajole them away from extremist thinking and ideologies and towards having a more modern worldview. A press officer in Jeddah was told by a Saudi contact, during a “conversation at Starbucks” that Saudis “are now very interested in the outside world, and everybody wants to study in the US if they can” and that they are “fascinated by US culture in a way they never were before”. However, the brief noted that most Saudis, even “liberal-minded supporters of US democracy and society with little use for conspiracy theory” thought that the US government was behind this programming.

The brief later went on to detail just how the Saudi government acts against editors and journalists who don’t follow the rules. For instance, it said that instead of being fired or seeing their publications shut down, editors are “now fined 40,000 Saudi riyals out of their own salaries for each objectionable piece that appears in their newspaper”.

Committees are formed by the ministry of information in all cities and these keep track of articles or commentary that veers off the officially-sanctioned line. In such cases, the brief said, the errant commentator or writer is invited for a chat and suggested alternatives, and further that such a course of action had been “very effective in reining in media opinion that the Saudi Arabian government doesn’t like”.

This article has been revised to reflect the following update:

The title of this article has been changed to reflect new information.  The first paragraph discussing “a missing cable” has been added to include information that was not available earlier.

The editor of the editorial pages of The Express Tribune. He tweets as @omar_quraishi (twitter.com/omar_quraishi)

Why the BBC’s Lyse Doucet failed to understand Pakistan

Shariat Court vs Parliament: Who cares about women?