Will Pakistan’s cricket team ever be able to regain its past glory? 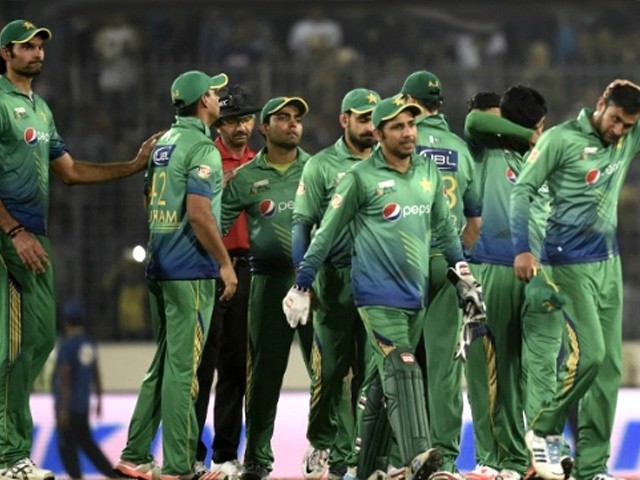 Flashback to 2007 and Pakistan’s chequered cricketing history would resonate of two significant events; first was the death of their erstwhile coach (Robert Woolmer) in the most mysterious of circumstances, and second, was the renaissance of a man who though fell at the last hurdle in Johannesburg but who nine years later is the only harbinger of a nation in decline and cricketing prowess fast moving towards an eternal abyss.

Though T20 cricket as we officially know it today was, indeed, born and bred in the English county circuit, most of the subcontinent in general, and Pakistan in particular, was already familiarised having had an abundant dose in the shape of street and mohalla cricket and Ramazan tournaments.

Perhaps it was this familiarity with the cricketing world’s newly born and much loved format that enabled Pakistan to carve out an identity and become a fearsome force in the shortest version of the game, best evidenced by the success it had in the first three World T20s: finalists; champions; and semi-finalists.

Perhaps it was this familiarity with the cricketing world’s newly born and much loved format that enabled Pakistan to carve out an identity.
Photo: AFP

However, the once fearsome and mighty champions have been on a steady decline since that fateful evening in Saint Lucia in 2010, when one genius going by the name of Michael Hussey decimated, destructed and destroyed the wizardry of Saeed Ajmal and maybe, Pakistan.

In hindsight – notwithstanding that Pakistan qualified for the semi-finals of the fourth edition too – that innings from Michael Hussey stigmatised and tormented the mind-set of team Pakistan to no visible end.

Gone are the days when the people of Pakistan looked forward to a world tournament with confidence. Tellingly enough, such tournaments have recently been looked towards with fear of disgraceful capitulation and keeping with religious notions, hope that prayers alone will be enough for a team in consistent decline.

The recent Asia Cup and World T20 are perfect examples of team Pakistan venturing into a tournament solely on the basis of prayers alone. Chaos, confusion, selection cannibalism and inconsistency sum up our lack of preparation besides a lack of ability in understanding modern cricket. After all, nowhere does a national team call-up an opener who even failed to make the cut when five franchises sat down to pick up their squads of fifteen-plus men. 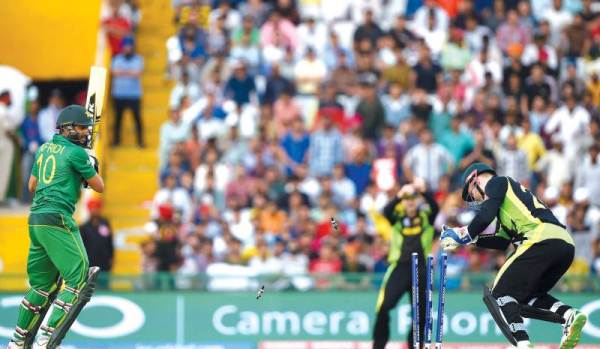 The recent Asia Cup and World T20 are perfect examples of team Pakistan venturing into a tournament solely on the basis of prayers alone.
Photo: AFP

Much will already have been written about the failure to arrest this consistent and heart-breaking decline stemming from an improper system, politicisation of the sport, cronyism and nepotism etc. Most of it will be quite right too. But this is about cashing in on a God sent opportunity.

Seldom do opportunities come for a system to take a clean break from the demons of the past. Perhaps life has completed a full cycle from boom boom to doom doom! As such, now is the time to not only embark on changing the cricketing structure but also the system of governance and, most importantly, the mind-set governing the system. What better time to move beyond cosmetic changes and instead opting for a comprehensive surgery?

After all, team Pakistan – once our pride – was humbled and humiliated by teams not only better prepared and equipped but, let us accept, better skilled at the game.

Time and again, we – the cricket-mad people of this country – have been reminded that some of the finest cricketing talent graces our grounds, our streets and our mohallas (neighbourhoods). We have been told that it is this talent alone which, despite a failing and crumbling system or lack of, has brought many laurels to our smile-deprived nation. But times have changed and we have simply been unable to keep pace with how the supposedly less talented soils of this earth produced or processed better cricketers.

Time and again, we – the cricket-mad people of this country – have been reminded that some of the finest cricketing talent graces our grounds, our streets and our mohallas.
Photo: AFP

Let us not be fooled that a simple import of the much touted Australian Sheffield Shield will automatically result in glory days. The system may well be impressive and worth learning from, but can the Australian mind-set be imported into our cricket? Can we expect seven year veterans of international cricket to be captained by someone who reads the game exceptionally but does not have years to show for in international cricket?

Our “young generation” which is not so young anymore has played for team Pakistan year in, year out on the premise of talent, promise and natural ability. In a parallel world, the “young generation” have successfully graduated to the throne from being the touted heirs. Whilst the world has seen the best of this generation in the manifestations of AB De Villiers and Virat Kohli, we have had the pleasure of being disappointed by the promise of Ahmad Shahzad, Umar Akmal and kin.

We have had the pleasure of being disappointed by the promise of Ahmad Shahzad.
Photo: AFP

We have had the pleasure of being disappointed by the promise of Umar Akmal and kin.
Photo: AFP

And here lies the pressing need to revamp the system and bringing in those who have a desire to wear the green cap with pride. Those who will not be jostled and overawed by the opportunity and will, instead, fight valiantly to protect their honour. Above all, now is the time to not let the promise of talent cloud our judgment. Talent alone without the will to learn and work and the passion to succeed has taken us nowhere. Perhaps, a paradigm shift in policy that hard-work pays off more than talent is needed.

What’s needed is a refurbishment of cricket at the domestic level, considering how young talent is usually picked from here. Currently, our domestic circuit is in shambles. Pitches aren’t the greatest, umpires aren’t trained and neither are players given much monetary incentive.

Moving on, selectors of the national team have to take into consideration the consistency of players rather than one great innings when making selections.

Currently, our batting line up is suffering a massive blow. Selectors need to stop experimenting, especially during colossal tournaments and stick to tried and tested players. New players need to be groomed before being pushed into an international arena.

Once we are ready to let go and embrace changing times basing our values and ethics on new foundations of commitment and hard-work, we can move towards the much needed structural changes to the system and the mode and manner of governance. Mind-set, however, comes first. Godspeed to anyone who dares to take on the challenge.

A barrister-at-law from the Honourable Society of Lincoln’s Inn who is currently practicing in Islamabad. He tweets as @momin257 (twitter.com/momin257)