It’s about time we talk about suicide 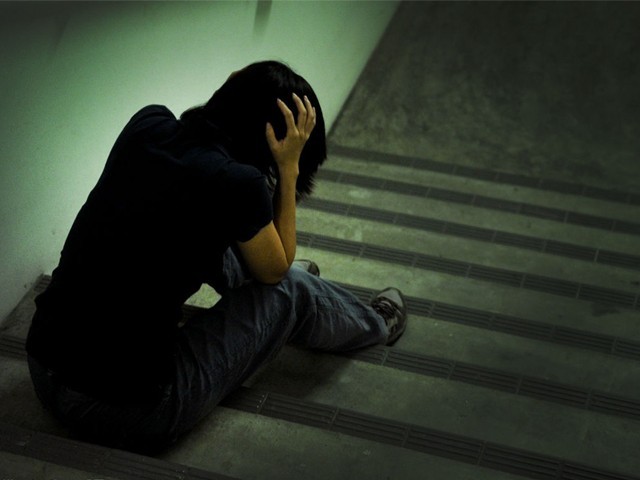 Suicide is a leading cause of preventable death, if only good clinical and social measures are made available and, more importantly, socially acceptable. PHOTO: ST

A few months ago, I received a frantic phone call from a friend. He told me his 11-year-old son tried to hang himself. This was not the first time; he had made similar attempts in the past, and also had a history of harming himself. Luckily, the parents had intervened just in time and saved him before it was too late.

The father consulted me over the phone – he was broken, and was desperately in search of an answer. He wanted to devise a plan of action that could save his child from further attempts. After many possible interventions, we drafted a detailed safety plan. His son sought treatment from a local psychiatrist and was prescribed medications which thankfully resulted in a favourable outcome.

We’ve come across an abundance of stories regarding teenage suicide in Pakistan. These include traumatic instances such as, a nursing student at Agha Khan University, who hung himself to death, a student who shot himself with a gun that belonged to his school’s security guard. Another tragedy took place in Quetta where a student committed suicide because her college principal refused to send her examination forms to the board.

Clinically, this age group is usually considered low risk for suicide and this is a concerning issue for public health outcome. Suicide is a preventable death and measures should be taken now to curb the self-inflicted deaths.

Despite the constant recurrence of these events, it has created a level of disconnect, so much so, that we are unable to fully grasp how serious this matter is. Suicide is a scarring problem; it leaves families and friends devastated, more so because they somehow feel they could have stopped them if they had known.

Dr Murad Khan, a professor of psychiatry at Agha Khan University, indicated that although suicide rates vary between major cities in Pakistan, it doesn’t deviate from the astonishingly high figures that have accumulated over time. 5,800 suicidal deaths were reported in 2006 alone, within a span of nine months. The method employed has mostly been intentional poisoning and hanging. There’s no data available in Pakistan to determine the fraction of teen suicide cases. But in the United States, suicide is the third leading cause of death for 15 to 24-year-olds, and the sixth leading cause of death for five to 14-year-olds.

Let’s not turn a blind eye towards this glaring issue only because we don’t have recent figures supporting it. These stories are real. Their suffering is real. It’s heart-breaking to note that there are a growing number of children that feel so immovably troubled that their only mode of relief is to be put out of their misery, indefinitely.

Who is most prone to suicide?

As a psychiatrist, I see suicidal patients on a daily basis that belong to various age groups. The majority of these suicidal patients suffer from psychiatric illnesses, the most common being mood disorder, psychosis or alcohol and substance use disorder. There are also many environmental factors that can contribute a significant amount of stress, leading to unshakable thoughts of ending one’s life.

Teenagers are sensitive towards the growing pressure and/or are victims of trauma; they can experience a strong reaction towards rejection, failure in academics, break-up in a relationship, family conflict, financial troubles and could fall prey to verbal, physical or sexual abuse. The overwhelming aversion to stress and distress ignites the possibility of suicide. As a result, youngsters commit suicide impulsively. Only a few of these attempts are actually contemplated and planned.

Suicide is a punishable crime in the Pakistan Penal Code under Section 325. This proves to be problematic as the fear of imprisonment disables anyone from revealing their suicidal history, especially for those that need medical and psychiatric help. These high-risk patients also fear encountering society’s insensitivity as suicide is considered to be a moral illness. It is assumed that a person that attempts suicide is weak in character and lacks faith in God. These judgments cause major road-blocks for those patients who actually want to be treated. The overburdening of such societal and personal stress triggers stronger suicidal tendencies.

How can it be prevented?

Suicide is the leading cause of preventable death. For this reason it’s crucial that clinical and social measures become available and, more importantly, socially acceptable. Scarily enough, many unsuccessful suicide attempts go unreported and untreated, resulting in the risk of reoccurrence. Therefore it’s crucial for individuals who suffer suicidal thoughts, or have self-harmed receive a psychiatric evaluation.

First and foremost, the underlying psychiatric illness should be treated aggressively using medications and non-pharmacological therapies. Inpatient hospitalisation is sometimes necessary to ensure the safety of the patient. Such children should then be urged to take up recreational activities such as sports. Perhaps joining a social group can help teenagers reduce their stress and get social support through solidarity.

Most importantly, family support is a must when it comes to dealing with this cause. A healthy relationship with your children will allow them to express certain emotions, instead of keeping them bottled in. However, if a family finds themselves blindsided by a child’s troubled frame of mind, then they should be prepared to face the problem head on. They should engage in a healthy yet serious conversation with them about suicide, using words that are masked by tenderness and packed with warmth, to ensure their child that they are loved and cared for. Being able to talk about this topic in a comfortable setting will help the child communicate his feelings, paving the way towards resolving them.

Limiting access to lethal means such as guns and highly toxic poisons at home can save lives as well. There is a need to educate the society on a massive scale regarding suicide, so social and psychiatric support can be provided to vulnerable individuals. The law on suicide should also be changed so people can learn to express their true experiences and feelings.

Suicide should not be treated as a light cause, because at the end of the day, it costs us a life.