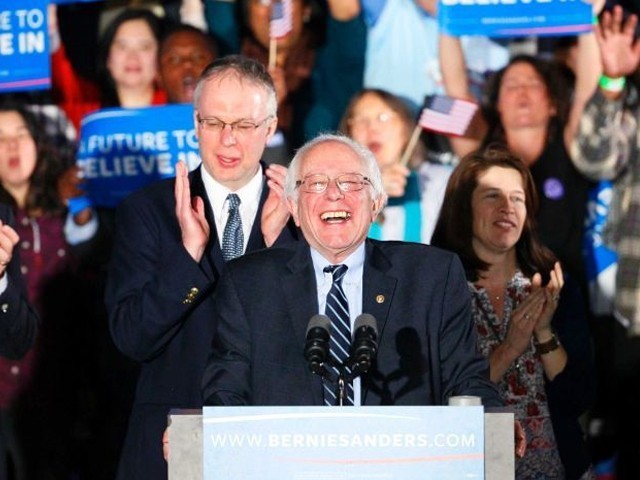 But just because Sanders is losing by a rather large margin does not mean that his candidacy is insignificant. PHOTO: REUTERS

At this point, the evidence is overwhelming: poll numbers show that Hillary Clinton is very, very likely to be the Democratic Party’s nominee. Bernie Sanders just doesn’t have enough earned delegates, let alone super-delegates. If we look at it comparatively, Clinton’s lead over Sanders is nearly three times the biggest lead Barack Obama had over Clinton at any point in 2008. For Sanders to win the democratic nomination, he would need a series of miracles unlike any we have witnessed in the history of American politics.

The conventional wisdom posits that Clinton is the preferred candidate for most democrats because she is a moderate liberal with more political savvy, has more political experience, is a Clinton (which means legacy), and realistically, looks more presidential than an irascible, unkempt 74-year-old man who proudly identifies as a democratic socialist. Put simply, the conventional wisdom is correct.

But just because Sanders is losing by a rather large margin does not mean that his candidacy is insignificant. In fact, if Martin Luther King Jr were alive today, Sander’s presidential candidacy would put a smile on his face. Unlike most politicians of the left and the right, Sanders has a strong moral compass. He cares more deeply about issues of income inequality, police brutality,  mass incarceration and inner-city education than any politician I know of. What separates Sanders from the pack is not just his moral clarity, but also his moral consistency.

When I met Sanders for the first time last summer at the 50th Anniversary of The Voting Rights Act in Washington DC, he was disarmingly genuine and full of progressive conviction. I asked him what he felt was his most salient political memory before becoming a politician and he told me,

“One of them would definitely be a sit-in I was a part of, with CORE (Congress of Racial Equality) when I was in college. We found out that off-campus housing was refused to black students and organised a sit-in at the administration building.”

He went on to tell me about what motivated him to take a leadership role in the organisation and what he learnt from the experience of protesting the school administration at The University of Chicago. By the end of our conversation, it became clear to me that even as a college student, Sanders was fundamentally concerned about the pursuit of justice, fighting racial inequality and uplifting America’s most vulnerable citizens.

Whenever I see Sanders on TV now, I think back to the conversation I had with him that day and though I think many of his political views are not very practical in that they are simply too far to the left of the American political spectrum, I cannot help but admire the fact that what he stood for some 50 years ago are the same principles he champions today. He may not be as well-informed on the issues as Clinton and his proposed solutions to inequality may not be feasible in a capitalist society, but he has chosen to take a more difficult political path than most.

The pathways trod by America’s most beloved political leaders are often marked by a veneer of candour and semblance of conviction that gild the graces of political gamesmanship. It isn’t practical or politically advantageous surely, but there is something refreshing, even commendable about a candidate who says “I care deeply about America’s most vulnerable citizens” and actually means it.

The author is a sophomore at Williams College majoring in political science and philosophy. His work has been published in The Washington Post, Inside Higher Ed, SLAM Magazine, Times Higher Education, Fjords Review, and many other publications.