Batman v Superman and the real Dawn of Justice, I loved it! 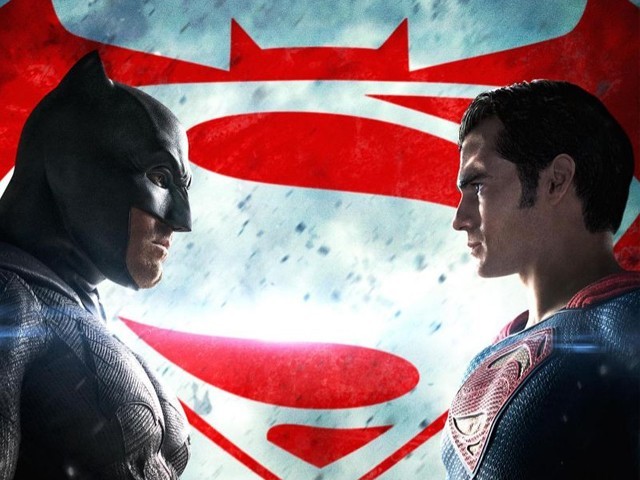 There have been quite mixed reviews about the movie. There are some who completely bashed the movie and the rest who totally loved it. If you speak to my brother, he will tell you a completely different story that will make you wonder if we both saw the same film or not. This movie may not be for everyone.

Behold! The Dark Knight goes up against the Man of Steel! The moment all of us comic book movie nerds have been there for and it was inevitable.

It was waiting to happen.

And it finally comes at us with all of Zack Snyder’s visual glory.

But underneath all the hype and excitement for this movie the real question is: Was it any good? The answer is in one word.

Yes, yes, and a million times YES! This movie is good with a capital G.

From the get-go, with the brooding tone and Hans Zimmer’s amazing score (once again) you are welcomed at the helm of Bruce Wayne’s worst nightmare, and it all goes uphill from there. The story is captivating, the action is intense and the payback is immensely satisfactory. Ben Affleck is the best thing to happen to Batman series since Christopher Nolan. From the first scene he was in, I told to my friend next to me,

“THAT is Bruce Wayne!” I believed it. He made me believe it. Ben Affleck portrayed one of the best on-screen Batmans we’ve seen to date and I say that after a lot of thought. Jeromy Irons as Alfred was perfect, for his own take on the character is one we’ve never seen before. It gelled smoothly with the universe Zack Snyder had built for us.

Henry Cavill as Superman had already wow-ed me in his previous standalone movie and in this movie he perfected his character’s arch even more. His switch between Clarke Kent and Superman made me feel empathetic towards both of his personas. I tell you, it isn’t easy being Super in a world of mediocre and Henry Cavill’s Superman told us why. Lois Lane (Amy Adams) had much more to do in this movie and it worked for the most part, for her character was stronger in this instalment than the last. Maybe the most divisive part of the movie for the majority would be Lex Luthor (Jesse Eisenberg). It could make or break the movie for some. For me, it made it. I think Lex Luthor in this movie was menacing, insane and psychotic. All the traits I would assign to the villainous Joker. His iniquitous persona made me say, “Is he crazy?” and he very much so was. I think his transformation to ‘Lex Luthor’ we all know and love (or hate) was perfectly handled. There were certain cameos that made me shriek, which I won’t go into for spoiler reasons. Wonder Woman played by Gal Gadot was good but I do think she’ll need to work on her character a little more. There’s room for improvement and I feel Gal Gadot is the actress who can acknowledge that. I’m not overly critical of editing scenes either, but some scenes felt a little out of place for me. There were moments I was so engrossed in a certain scene and the movie would cut to something I didn’t want to see at that particular moment because of how immersed I was in the previous scene. I felt that that’s more of a lack of storytelling skills from the director more than anyone else. There have been quite mixed reviews about the movie. There are some who completely bashed the movie and the rest who totally loved it. If you speak to my brother, he will tell you a completely different story that will make you wonder if we both saw the same film or not. This movie may not be for everyone.

I’ll break it down simply for you. All in all, Warner Bros DC Universe had the guts to do what Disney’s Marvel Universe hasn’t done in eight years and props to WB for that.

But I will say, this; it’s a movie best experienced in the theatres. Two hours and 31 minutes of run-time feels like a breeze when you watch this movie. Not a scene in this movie is to be missed. So don’t have too much of soda because you don’t want to be busy attending to nature’s calls during the movie. Bring on the Justice League!