How many of our 23-year-olds even know the struggles of 23-year-old Bhagat Singh? 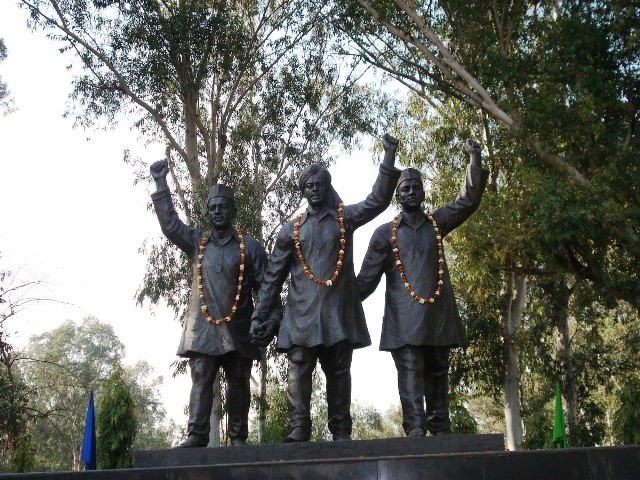 As the nationalistic fervour of Pakistan Day following March 23rd dies down, one cannot help but notice that there is a criminal lack of commentary on an event that took place exactly nine years prior to what would come to be known as Pakistan Day – the execution of Indian revolutionist Bhagat Singh in Lahore on March 23, 1931.

One of the first Marxist thinkers from South Asia, Bhagat was sent to the gallows after being found guilty for the murder of John P Saunders, Assistant Superintendent of Police. Bhagat and his fellow Hindustan Socialist Republican Association members including Shivaram Rajguru, Sukhdev Thapar, and Chandrashekhar Azad, originally planned to assassinate Superintendent of Police, James A Scott to avenge the death of Lala Lajpat Rai (Lala was one the leaders of the Indian Independence Movement), but a case of mistaken identity resulted in the death of Saunders instead. There are those who argue that Bhagat Singh had a natural penchant for violence and using that to justify labelling him a chest beating Hindi Nationalist; which could not be further from the truth. He did take part in violent activities but painting his entire struggle under one umbrella is unfair.

Singh had a very different approach to protest when compared to the likes of Gandhi and Jinnah. Having studied European revolutionary movements as a teenager, he was attracted to the Marxist ideologies. There are claims of him reading a book by Russian revolutionist Vladimir Lenin, minutes before his execution. He was an avowed socialist, who not only dreamed of freedom from the British Raj but also of an egalitarian and secular India, where all religions, ethnicities and sects could co-exist. A committed atheist, he was a staunch critic of communal politics and capitalism.

“Revolution did not necessarily involve sanguinary strife. It was not a cult of bomb and pistol. They may sometimes be mere means for its achievement. No doubt they play a prominent part in some movements, but they do not – for that very reason – become one and the same thing. A rebellion is not a revolution. It may ultimately lead to that end.”

But why is such an important part of the subcontinent’s struggle for independence, largely forgotten in the history books taught in Pakistan?

It has been proven time and time again that the history text books taught in Pakistani schools have been repeatedly modified to portray versions of historical events that do not reveal the truth on multiple occasions. They are shamefully silent on the subject of Bhagat Singh, and in the rare cases he is mentioned, he has been portrayed as a heroic Indian Sikh, thereby disregarding the fact that despite being born to a Sikh family, Bhagat Singh was not a practicing Sikh.

“One of my friends asked me to pray. When informed of my atheism, he told me when my last days come, I will begin to believe. I said no, dear sir. Never shall it happen. I consider it to be an act of degradation and demoralisation. For such petty selfish motives, I shall never pray.”

While recent developments, such as the push to revisit his original trial in 1930 in front of a larger bench, and also the renaming Shadman Chowk in Lahore to Bhagat Singh Chowk, are commendable initiatives, but they only attempt to pick at the problem right at the top, leaving the root cause untouched. History is manipulated in virtually all corners of the world to put forward state-sponsored agendas, but things in Pakistan usually reach incredible levels. If it’s not portraying Nehru as a schemer, iconic figures such as Bhagat Singh are conveniently ignored. Bhagat Singh’s contribution to the independence struggle did not last as long as Jinnah’s, but the ideas that he cherished have stood the test of time. To quote Balraj, commander in chief of HSRA,

“It is easy to kill individuals but you cannot kill the ideas. Great empires crumbled, while the ideas survived.” He is a symbol of resistance for not just the struggles that took place in the sub-continent, but also in communities around the world that constantly fight against oppression. A country like Pakistan, which is fighting an existential battle, needs such heroes; adding a chapter to the history syllabus text books would just be the first step towards enlightening our youth with the truth, along with giving this great martyr the respect he clearly deserves.