Why should male tennis players be paid more than female players, Novak? 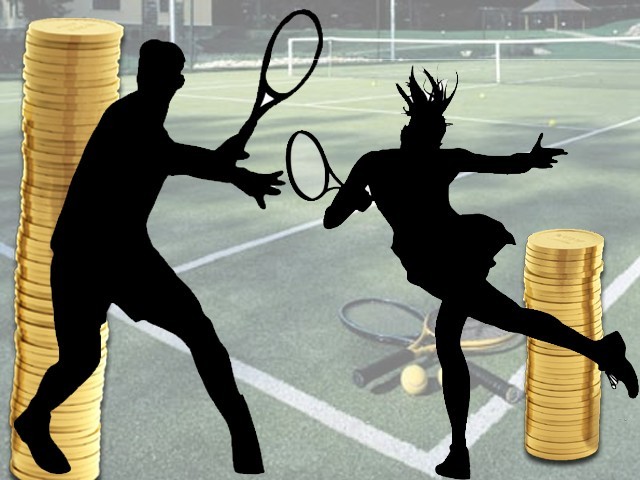 It is a misnomer to say men should get more because they play a five set game, which demands far greater endurance, compared to the three sets in women’s tennis. If this logic was to be extended to other sports, the women should be getting far more than men in events like gymnastics!

The women even in the most liberal countries face discrimination when it comes to receiving the same pay compared to their male counterparts for similar work done by them. This discrimination is more pronounced in the sub-continent. Although, various NGOs’ and women activists have been fighting relentlessly to bridge the gender pay gap, women still continue to face discrimination in some form or the other, especially in the unorganised sector.

The American Association of University Women (AAUW) in a report issued last year; “The Simple Truth about the Gender Pay Gap” highlights the issue of gender pay gap in the United States, where the women are paid less for equal work than men in all industries. Aubrey Bach, senior editorial manager of PayScale Inc., the online salary, benefits and compensation information company that compiled the report, said,

“Half, or more, of our workforce is made by women, but we are still not progressing at the same level as men.”

The gender pay gap widened further as the job level increased with male executives earning many times more than their female counterparts.

This report comes as a surprise, especially when President Obama, in an effort to stop gender discriminations had brought to legislation the Lilly Ledbetter Fair Pay Act to protect the women’s right to receive the same salary for the same job. The law gave rights to women against their employers in the court of law if they received less than men doing the same job.

In India, although there is some sort of parity in wages in the organised sector, the women still continue to face discriminatory practices in the unorganised sectors. This also affects their families, as it is the women who are the sole breadwinners in many of the rural households.

However, the issue at hand is the parity in prize money in sports.

Novak Djokovic recently made a comment that the male players should earn more money than their female counterparts, as people come to watch the men’s game. The underlying premises to his comment is that the prize money should be distributed based on,

“Who attracts more attention, spectators and who sells more tickets”.

He also went on to add that the women,

“Fought for what they deserve and they got it”.

However, what was left unsaid by him to justify his comment is that while men play best of five sets, women have to contend with playing the best of three sets. By this logic, the women have to spend less time, energy and efforts compared to the men.

To make matters worse, Raymond Moore, the Indian Wells CEO, said that the women’s game “rides on the coat-tails” of men. Moore said female players “should get down on their knees” in thanks to their male counterparts. His insensitive and disparaging comments have come under severe criticism from women athletes, who found his comments not only offensive but disgusting. It is another matter that Moore was forced to resign for his sexist comments. The United States Tennis Association (USTA), which came to the defence of the women sportspersons, said player equality is a “bedrock” principle and there was no place for Moore’s,

Novak, who won the BNP Paribas Open at Indian Wells on Sunday, although described Moore’s remarks as “not politically correct”,  maintained that men should get more prize money, because more people come to watch men’s tennis. It is true that men have more endurance than women when it comes to playing tennis. During the 1998 Australian Open, sisters, Serena and Venus Williams, boasted that they could beat any man ranked outside the world’s top 200. The challenge was accepted by Karsten Braasch, a German player ranked No 203. He defeated Serena, 6-1, and Venus, 6-2. Serena said afterwards,

“I didn’t know it would be that hard. I hit shots that would have been winners on the women’s tour and he got to them easily”. I don’t subscribe to Novak’s comments because of the following reasons:

First, it is true that men have a physiological advantage over women, as men’s professional tennis is played almost at a different level compared to women’s professional tennis. However, it is not true that spectators are drawn towards men’s tennis only. Over the last two decades, spectators have turned out in large numbers to watch women’s tennis. In fact, in few grand slams, the tickets for women’s final were sold out much before than the men’s event. I remember that in the 2005 Australian open finals, the tickets in the titanic clash between Serena Williams versus Lindsay Davenport were sold out before the men’s final.

The credit for the women’s tennis popularity goes largely to Martina Navratilova, Steffi Graff, Monica Seles, Martina Hingis, Lindsay Davenport, Serena Williams and Maria Sharapova, to name a few. Most of their matches were fiercely contested.

Secondly, in women’s tennis, one has the opportunity to see more skill and grace, compared to men’s events, which relies more on brute power.

Thirdly, the concept of “equal work” does not apply in sports, because of the distinct physical advantage men have over women. In fact, we should instead be talking about “work of equal value” to create a level field in men’s and women’s tennis.

Fourthly, it is a misnomer to say men should get more because they play a five set game, which demands far greater endurance, compared to the three sets in women’s tennis.  If this logic was to be extended to other sports, the women should be getting far more than men in events like gymnastics!

Novak, feminism is about ensuring equal opportunity, equal freedom, and equal respect for women. I sincerely hope that you will retract your statement, and fight instead on various injustices being meted against women in our society. And if you won’t fight against, the least you can do is not contribute to the problem.