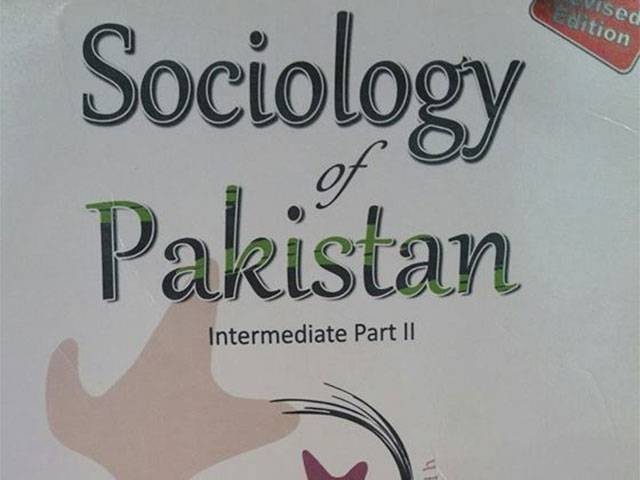 The translation for the word ‘Baloch’ in the aforementioned Sociology textbook is wrong and reflects the attitude of the author towards a proud nation.

Textbooks play an important role in building the world view of students. In a country like Pakistan where the reading culture is non-existent, these books serve as primary sources of information for a huge chunk of society. Khursheed Kamal Aziz also known as K K Aziz began his book ‘The Murder of History in Pakistan’ with the following words,

“In every country, the textbook is the primary implement of education at the school and pre-university stages of instruction. In Pakistan, it is the only instrument of imparting education on all levels, because the teacher and the lecturer don’t teach or lecture but repeat what it contains and the student is encouraged or simply ordered to memorise its contents.”

While textbooks of science subjects like physics, chemistry or biology are less likely to form a child’s worldview, the textbooks of history and ‘social studies’ are supposed to be the first step toward social conscience.

What underlies this problem is the nationalism project undertaken by the Pakistani State since the early years after Partition. Nationalism projects, worldwide, are meant to bring uniformity to ideas in an effort to unite people to form a ‘nation’. These projects end up alienating people from different ethnicities and cultures existing within their boundaries. You just have to look at what China does to the Uighurs and Tibetans, Turkey with the Kurds, India with the Kashmiris and Assamese, Myanmar with the Rohingyas and Bangladesh with the Biharis to understand the attitude of the Pakistani state towards the Baloch.

Textbooks serve as primary means of fostering the nationalism project and end up promoting hatred towards particular ethnicities or groups. To understand the Pakistani nationalism project, let’s take a look at a directive issued by University Grants Commission in the 1980s to textbook authors, which stated their goal as:

“To demonstrate that the basis of Pakistan is not to be founded in racial, linguistic, or geographical factors, but, rather, in the shared experience of a common religion. To get students to know and appreciate the ideology of Pakistan, and to popularise it with slogans. To guide students towards the ultimate goal of Pakistan – the creation of a completely Islamised State.”

One of the primary reasons that East Pakistan seceded was the forceful imposition of this particular nationalism project upon the Bengalis who refused to give up their culture, heritage and language just to assimilate into the newly established state. The state though, has not learnt the lesson from the East Pakistan debacle and continues to suppress voices of the Baloch and Sindhis. The 18th Amendment of the Constitution of Pakistan denied the rights of provinces and even after the Amendment – grievances remain. The translation of the word ‘Baloch’ in the aforementioned Sociology textbook is wrong and reflects the attitude of the author towards a proud nation. The given definition cites an unnamed Persian dictionary without giving reference. It is interesting to note that even the Iranian state has denied rights to Baloch people residing in their Sistan and Baluchestan province.

In the 1970s, Shah of Iran provided gunship helicopters to help the on-going military operation against Baloch separatists. Our textbooks traditionally avoid using references and students end up believing everything written in them. This example demonstrates that even our publishers don’t proof-read the texts before selling them in the market. Even in the apology published in national newspapers, the name of that ‘dictionary’ was not mentioned.

As if blatant bigotry was not enough, the author promotes out-dated concepts on gender dynamics in marriages.

Sociology textbook for Grade 12 in Pakistan – says marriage should be within family and wife must listen to husband pic.twitter.com/0dbpQ2MJLo

Hard to say what is worse: the bigotry or the bigotry in horrible English https://t.co/LUiql1J1GP

Under the heading ‘Problems of mate-selection and adjustment’, students of sociology are informed that research by (unnamed) sociologists found that for an ‘adjusted family’, the wife has to take orders from her husband as the final verdict to prove her obedience. Furthermore, the ‘husband is the focal point for the wife in all matters of life’ and ‘marriages should take place within relatives and within biradri (tribe)’.  The author’s moral compass is probably stuck in the 19th century, as the world has moved beyond ‘cousin marriages’ and ‘absolute male dominance’ in relationships. Is this the worldview we expect our ‘educated’ classes to possess?

A thorough perusal of textbooks should be ordered by the respective Provincial governments to weed out racist and misogynistic statements. We need to focus on being inclusive and respectful of differences, rather than forcing uniformity down people’s throats.

Nationalism has been an overall negative force in world history and it needs to be either amended or discarded in the waste-basket of history. The same can be said about misogyny. Our aim should be the establishment of a pluralistic society and, for that matter, prejudice towards languages and ethnicities other than Punjabi has to end. The Baloch are as much a part of this country as the Punjabis. It’s time to give them the respect and treat them as equal citizens.