Is the Mughal Empire to blame for the schism created between Hindus and Muslims? 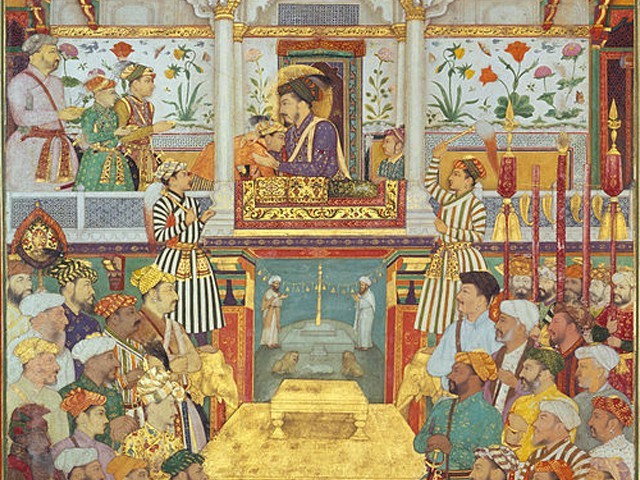 When we think of the Mughals, we immediately conjure images of artistic splendour, architectural grandeur, and military might. There is much to support the argument that the Mughal rule was the envy of the world at its peak with its efficient institutions, its system of Mansabdari, its large military, and its achievements in artistic and architectural design. The Taj Mahal, the Badshahi Mosque, Bibi ka Maqbara, Shalimar Gardens, the Deccan expeditions, the Rajput subjugation, the Maratha skirmishes – the list of accomplishments is as long as their tortuous and sometimes torturous reign.

However, what classroom history often conveniently forgets is how different each Mughal sultan was from the next, how their wars of succession often lay waste to the ideological ideals of the predecessor and the financial fortitude of the royal treasury, and most important of all: that they are not merely relics of a bygone era, and that there are valuable lessons we can still draw from our glorious past which, if you listen to the present day “experts”, was magnificent as long as religious values were adhered to and became obsolete and decadent when they were discarded.

It is not so black and white, of course; historical truth has a habit of being more complex and context-dependent than what our socio-political and ethnic leanings permit us to believe. The Mughal Empire has to be judged with the impartiality that history not only deserves but demands. The question thus arises that if the Mughal rule extended (at one time) from the Sulaiman Mountains to the Bay of Bengal and from the Himalayas to the Arabian Sea, how did they fall so spectacularly from grace and within a few decades were ousted from their once glorious sultanate first by the Marathas in Western India and eventually by the East India Company?

There are myriad ways to answer this question but the most ubiquitously cited is the one where the Mughal sultans lost their way in hedonistic pursuits. The accomplishments of their ancestors, it is said, had given them a life of pleasure and ease, and their profligate lifestyles had blinded them to what seems in hindsight to be an obviously insidious threat of the growing European presence on their shores. It was a textbook case of the fourth stage of decline of Al-Asabiyyah as Ibn Khaldun had once put it so eloquently in his book Muqaddimah. This explanation seems straightforward enough but to accept it without questioning it would be to let one’s socio-political proclivities shape the truth.

Historians argue over what combination and permutation of popularly cited reasons are the most and least important in explaining the downfall of the Mughals but they’re in unanimous agreement that most of the reasons have a direct causal relationship to the policies of the last great Mughal King, Aurangzeb Alamgir (r. 1658-1707). An orthodox Sunni Muslim, he rose to the throne in a bloody war of succession that historians have since labelled a war between two ideologies; the liberalist, inclusive ideology of Dara Shikoh (Aurangzeb’s brother) and the Sunni Muslim orthodox views of Aurangzeb. His reign was marked by years of wars of expansion into previously uncharted territories but it was also marred by a series of rebellions of his majority non-Muslim and Shi’ite subjects borne out by the emperor’s policies of faith-based persecution and wantonly antagonising the erstwhile allies of the Mughals because of religious differences.

In Europe, meanwhile, this was the era of Enlightenment; John Locke, Voltaire, and Diderot were, to varying degrees, championing the cause of the separation of the church and state, presenting treatises against inequality and propounding progress through dialogue. It was these progressive ideas which laid the foundations for the Constitution of the United States of America and the French Revolution – with its motto of liberté, égalité, fraternite (liberty, equality, and brotherhood) – almost a century later. They had learned their lessons; religious persecution was going out of style (Louis XIV being the notable exception), the hegemony of the Catholic Church had already shrunk with the Reformation a century earlier but with the Treaty of Westphalia (1648) after the Thirty Years’ War (1618-1648), and the subsequent rise of the nation state and nationalism, people started valuing their nationalistic similarities more than they did their religious differences.

It may be a coincidence that these Europeans of the Age of Enlightenment became the de facto rulers of India exactly fifty years (Battle of Plassey, 1757) after Aurangzeb Alamgir’s death when the real backlash of his policies was felt by his predecessors, but there can be no doubt that his iron fist rule and intolerant reign over a multi-ethnic India not only laid the foundations for the downfall of the empire but created a schism between Hindus and Muslims that the intervening centuries have found difficult to heal.

Thus in summary, the grandeur of the Mughal Empire was not lost because religion and religious values were discarded; it suffered its downfall because religion started to play too central a role in policy making. These events are now more pertinent then ever; the past, as William Faulkner reminds us, is not dead and buried; in fact, it isn’t even past.

The author is an MBA from LUMS, and a history aficionado.