Season 4: Without a doubt the best House of Cards season so far! 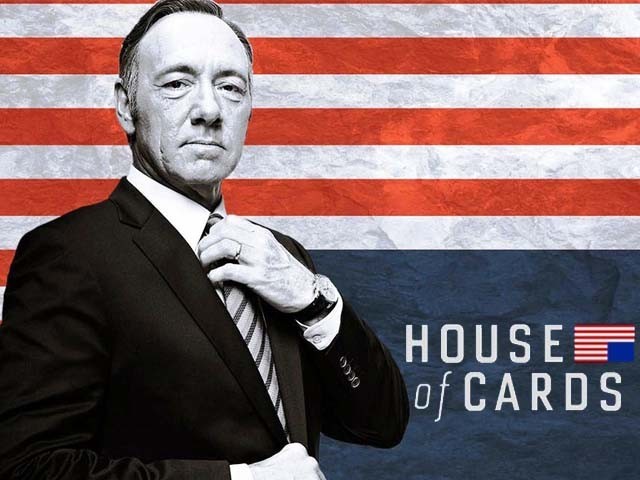 While season two and three will seem, to some, as quaint and mellow in comparison to the explosive nature of season one, season four is in essence as volatile, fluid and fast paced as the first season, if not more so.

While the first three seasons of the House of Cards were all about Frank Underwood (Kevin Spacey) consolidating power, and his reign in office as the President of the United States of America, coupled with his ascension to the all-powerful office of the most powerful man on earth, the fourth season is all about survival; literally and figuratively.

This time around though, the fight is closer to home.

He is not fending off political enemies and rivals that may seem far away but on this occasion the enemy lying in wait is as ubiquitous and pervasive as it can be; yup, it is none other than his equally Machiavellian and unscrupulous wife, and First Lady, Claire Underwood (Robin Wright). She is proving to be his main contender in the political arena in more ways than one but in a covert and hushed up capacity.

Some of the quintessential plot lines that will be touched upon in the upcoming fourth season’s thirteen episodes are the presidential election campaign, vice presidential democratic convention, tensions with the Russians due to oil drilling rights, tackling a new and emerging terror threat in the shape of ICO (inspired by ISIS), using an online search tool/website (Pollyhop) for political leverage and mileage, president’s deteriorating health (more on that later) and ensuing estrangement, that seems to grow wider with time, between the Underwoods.

The ever so engaging fourth-wall-breaking bits of wisdom, acumen and insight that we’ve grown accustomed to throughout the series are though present but in a lesser degree. To remind again, this is when the principal character Frank Underwood breaks the character he’s playing in the series and addresses the audiences directly.

Apart from old recurring characters, there are some new additions in this season as well. Especially those that garner a second look include the ailing mother of Claire Underwood, Elizabeth Hale (Ellen Burstyn), Leann Harvey (Neve Campbell) who is a shrewd but brilliant political consultant and lastly an adversary equally savvy as Frank in terms of ambition and demeanour, who sets to topple the president in the upcoming election to take his place, Will Conway (Joel Kinnaman). These aforementioned actors are a welcome addition in an already gleaming and brilliant ensemble cast.

The show, made evident from the finale of the last season, will focus primarily on the Underwoods as proven by a large majority of the episodes concentrating on the husband and wife. Both Spacey and Wright are the highlight in terms of delivering a performance, second to none. Together, they are as enigmatic as they are ruthless, especially when they both are trying to outdo each other’s political manoeuvres. It really is nothing short of a treat to watch these two go at each other throats with no holds barred.

In a nutshell, the fourth season picks up the losing momentum from the third season and ramps it up to an elevated ground. Season three was marred with inconsistencies and a plot arch that did not gel in together as a cohesive and unified story narrative. The themes were too generalised but this time, they have delivered in spades. Props to House of Cards creator Beau Willimon, with him exiting the show and not returning for the fifth season, it shall be interesting to note how things progress from here on out.

Season four ends up on a high note with multiple possibilities that can be explored in the upcoming season(s) of the show, but with writers having exhausted many of the scenarios till now, one hopes that this show doesn’t falter and collapse under its own weight. Here’s hoping for the best. This season is so powerful that it will hit you like a bullet projectile fired from a close range! I would give this season an easy rating of 8/10.

It is without a doubt the best season of the House of Cards, period!