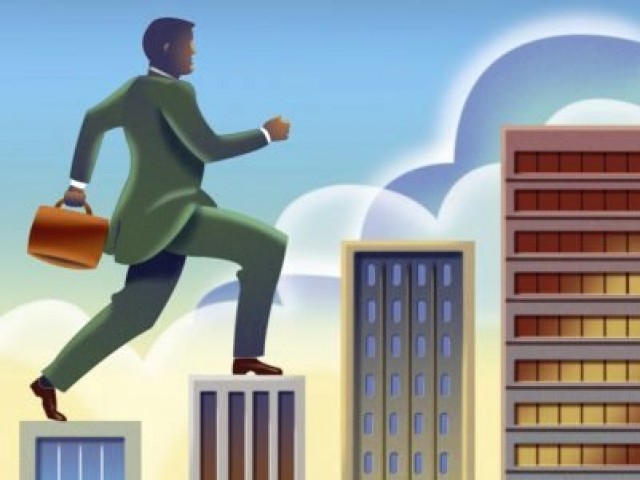 Ambition is not a dirty word - so why are we ashamed to admit we feel it?

When I was eight-years-old my greatest pleasure in life was spending Saturday afternoons in my father’s office.

I would be allowed to sit at his massive oak desk with mountains of papers and neaten up while he looked at files or took phone calls.

I was mesmerized by the sheer amount of papers he could read, the fact that he had a computer at his desk and a secretary outside his office.

As my mary-janed feet dangled from his swivel chair I would think “Daddy must be smart”.

The measures by which my eight-year-old self had determined that my father was successful were materialistic but they were also accurate. The truth is that most of us do crave a corner office with an impressive job title. We want to do more, earn more and be more.

Yet, if you ask employees – they won’t admit it. They want to grow but they don’t want to talk about how because it seems culturally ‘disrespectful’ to think about moving ahead and replacing someone who currently has the position they dream of holding one day.

The other day I was chatting with a talented young friend and asked him where he saw himself this time next year. A little flustered he said “I am happy right where I am.” Fair enough. I asked him where he would like to be in five years. “Well, there are only so many places to fill and I don’t think anyone is going anywhere,” he said matter-of-factly.

Contrary to popular perception complacency in the workplace is not a virtue, and while predatory ambition may not fit in to everyone career path, goals certainly should.

One of my many mentors told me, my career goal should be to be able to replace the person I have the most professional respect for – to strive to do what they do, as well as they do it. This allows them to move ahead while I move forward myself. “When you can fill in for me, Faria, then I will be proud of you,” he would say.

Ambition and ruthlessness do not need to go hand in hand. The desire to get ahead is something we should embrace not be ashamed of. As a culture, our employees should know that their accomplishments are a stepping stone to something greater – because the alternative is simply exhausting.

Karachi blast: What's security got to do with it?