Why Sharmeen Obaid Chinoy made A Girl in the River 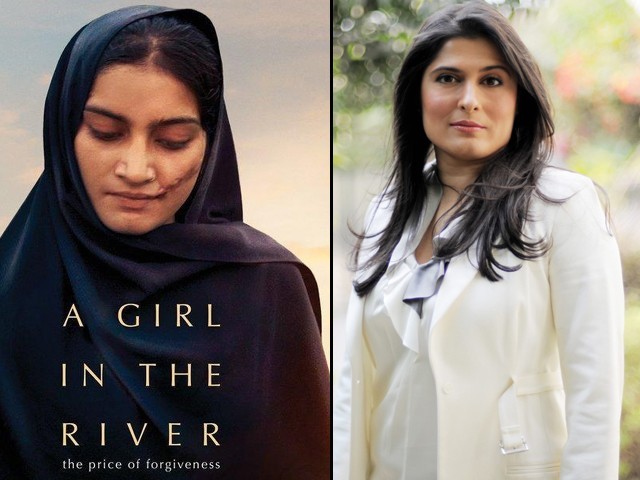 Sharmeen wants the film to be shown everywhere in Pakistan, so that people become aware of the extent of this crime.

Last night I had the good fortune to attend the first Pakistani public screening of the Oscar winning film A Girl in the River: The Price of Forgiveness. I also conducted a Q&A afterwards with the film’s director Sharmeen Obaid Chinoy, who’s been dealing with a lot of controversy in Pakistan for the film’s subject matter and its global success.

The movie’s about a young woman who survived an honour killing and lived to take her would-be killers – her own father and uncle – to court. Did Sharmeen make this film for western consumption, as a “transaction” as feminist writer Rafia Zakaria puts it, or to gain western fame and fortune? Or did she do it to hold up a mirror to Pakistani society and to get a difficult conversation going about a societal sickness that kills at least one thousand Pakistani women a year?

Only watching the film can truly answer these questions. And within the first five minutes of its start, you’ll know exactly why Sharmeen made this movie, which is surprisingly lacking in judgment, in preaching, or in overarching pledges to end this horrific form of gender-based violence. Instead, the film unfolds, frame by frame, to tell a searing story of love, murder, survival and redemption: the stuff that many lives are made of, no matter where they’re lived.

It’s Shakespearean in its perspective, starkly told, yet filled with many unexpected moments of beauty. We first meet 19-year-old Saba, as she’s on an operating table, being treated for the gunshot wounds to her face that were inflicted on her by her father and uncle. We learn that she earned this punishment for leaving her father’s house to marry a man she’d already been engaged to for four years, who her father had approved of initially. He bowed to the pressure of his own brother, who announced that Saba should instead marry his brother-in-law, and forbade Saba from meeting her fiancé, Qaisar.

Saba did not listen. She was firmly attached to Qaisar, and wanted to be with him – as is her right according to the laws of Islam and of human rights. But tribalism and ‘honour’ reign supreme in this backwards part of Gujranwala, where poverty doesn’t stop a neighbourhood from being run by its ‘influentials’. Saba defied them all to marry Qaiser in a court of law. When her family found out what she’d done, they swore they wouldn’t harm her if she returned home, so that she could be then sent to her in-laws’ house in a respectable manner.

In the dark of night, her father and uncle took her from her in-laws’ house, to a nearby river. They held her by the neck and put a gun to her head. Saba turned her head at the last minute, which saved her life, but she was still grievously wounded when her uncle pulled the trigger. Then they put her into a bag and threw her in the river.

Saba’s survival from this ordeal is incredible enough. But the journey that follows, to the courts, where Saba wants to see her father and uncle jailed for the crime, is even more incredible. Because in Pakistan, if a man murders a woman for ‘honour’, the victim’s heirs can ‘forgive’ him and he will be set free. Saba is one of the rarest cases: a woman who survives an attempted honour-killing. Her heirs cannot set her father and uncle free; only she can make the decision.

As family members pressure her and her husband’s family to set her relatives free, we get to know Saba: a vivacious 19-year-old who is filled with courage and determination, and an unshakeable belief in justice. Her young husband, Qaiser, is full of tenderness and love for his wife, which provides a necessary counterpoint to the ugliness and hatred of Saba’s father and uncle. These men insist they have done nothing wrong. Indeed, they have acted ‘honourably’ to save their family’s pride. They insist, even from behind bars, that they would do it again, that they would serve their lives in jail for having shown the community that they are men of honour.

The end of the film is a betrayal of Saba and everything that she is fighting for. But even in the midst of this betrayal, there are seeds of hope; Saba is pregnant with her first child, who she wishes to be a girl so that she can be brave, and stand up for herself. It makes one think of Malala Yousafzai, who also survived being shot in the head by men who wanted to control her, and brings up the question, why must Pakistani girls be so brave in the face of so much hatred?

I put this question to Sharmeen in the Q&A session afterwards.

Was she expecting the controversy?

“In a society where there is so much misogyny, I was expecting it. You should see some of the comments that are being left on social media about me. But I wanted everyone to be uncomfortable when watching this film. You should be uncomfortable by what I’ve presented here.”

#WeDisownSharmeen
What has this opportunist ever done for Pakistan except pick or manufacture worms in it ? pic.twitter.com/RfnJzjoYag

The fact of the matter is that unless honour killings carry a severe punishment, in the form of significant jail time that cannot be ‘forgiven’, more and more people will do this. Sharmeen says this is exactly the reason why honour killings are increasing in Pakistan. Word spreads that such a crime has taken place but the men got off scot free. This increases their boldness and their arrogance. Saba’s father says it all himself, when he reports that because of his actions, his status has increased in the community.

“Now I’m getting proposals left and right for my other daughters. They’ll be too terrified to even think of doing what Saba has done.”

Sharmeen wants the film to be shown everywhere in Pakistan, so that people become aware of the extent of this crime, and how entrenched in society the mind-set is that says a girl is a man’s property, to be killed if she is disobedient to his wishes. She invites people to get in touch with her to arrange screenings – in schools, organisations, at festivals, anywhere in Pakistan, so the message can spread across the country. She also wants people to have conversations about this crime, for pressure to be put on the government so that the law is enacted once and for all.

If it takes an Oscar to make that happen, then for once a frivolous, western-based award ceremony will have actually come to some good.