Why is India denying women protection from marital rape? 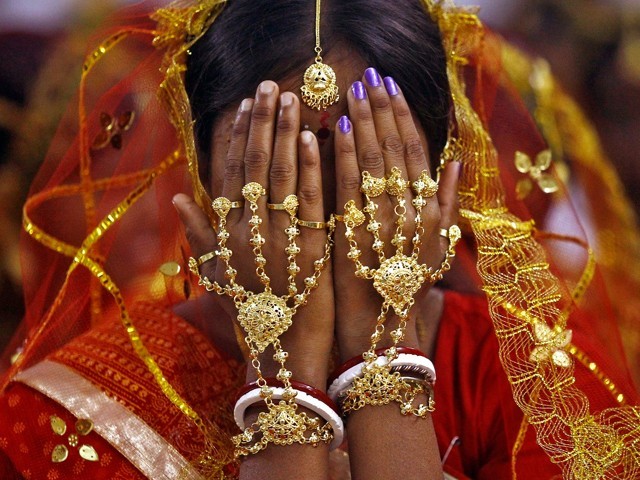 Despite all the progress, one significant aspect of legal protection continues to elude women in India. PHOTO: REUTERS

In India, marriage is often regarded as a license to have sex; and that’s not entirely in jest. In a country where public attitudes towards sex are typically very conservative, marriage provides a socially sanctioned outlet for their sexual energy.

In addition to being conservative, India is also a male dominated society where in vast swathes of the population, women have very little say in the direction their lives take. Men are responsible for most major decisions and women are expected to meekly cooperate.

Women’s rights and their upliftment have been on the government’s agenda for many years, and several laws and regulations have served to empower them significantly. Stringent laws on dowry, female infanticide, domestic violence and sexual harassment in the workplace are just some examples of the on-going efforts to correct the imbalance.

Despite all the progress, one significant aspect of legal protection continues to elude women in India. Indian law still does not recognise marital rape as an offence. This glaring omission perpetuates the notion of a woman as her husband’s property and repudiates her sexual autonomy within the union of matrimony.

Most advanced countries have marital rape laws that make it punishable for a man to force his wife to have sexual intercourse with him. Such laws are prudent and reasonable. With the odds heavily stacked against them, women need all the support and legal frameworks to help them stand on an equal footing.

There have been some attempts in the past to introduce such legislation in India, but they have been met with stiff resistance. Opponents have cited Indian values and culture in their arguments against the need for such laws. They claim that criminalising marital rape will weaken the institution of marriage and lead to a rise in false and flimsy cases.

In the latest instance, India’s minister for women and child development, Maneka Gandhi, said in parliament,

“It is considered that the concept of marital rape, as understood internationally, cannot be suitably applied in the Indian context due to various factors like level of education/ illiteracy, poverty, myriad social customs and values, religious beliefs, mind-set of the society to treat the marriage as a sacrament etc.”

It is highly unlikely that this is the minister’s personal opinion as she has previously voiced her outrage on marital rape. It is obvious that populist pressures have played a role in her altered stance. It is unfortunate that, even in this day and age, India still has a significant number of voices against this enlightened and egalitarian move.

India’s low levels of education, poverty and the prevalent mind-set cannot be used as an excuse to not have such laws. In fact, poor and uneducated women are the hardest hit by misogyny and patriarchy. Their poverty limits the options they have and they often end up living with the torture and humiliation their whole lives. When society is not willing to reform, the state must step in to introduce laws that push it on the right path.

If marital rape were to be criminalised, there would be one more avenue available for women to seek redress. Of course, as such laws have the most widespread impact, changes in the law enforcement agencies are also required to enable women to come forward without fear, but that is a whole other subject.

Marriage is undoubtedly a sacrament and needs to be valued by society. However, it should not be allowed to override a woman’s dignity and esteem. The right of a woman to choose when her spouse can or cannot have access to her body should be considered absolutely and inviolably sacrosanct. Marriage may be a license to have sex, but it should surely not be viewed as a license to own and abuse.

The problem is compounded when sex is used as a weapon for men to assert their domination and subjugate their women. A man can use his physical strength to force himself on his wife. The wife on the other hand cannot use physical force to coerce her husband; and that is the inherent inequity in a marital relationship. It is therefore critical for the law or the state to address this imbalance with the appropriate statutory protection.

Sex is an integral part of marriage and often provides the foundation of a happy and stable relationship. Women also have as much a need for it as men. This vital element is often overlooked by patriarchal societies that seek to suppress female sexuality. Therefore it is faulty to assume that women will automatically withhold sex if marital rape were to be criminalised. Men need to move away from the belief that marriage entitles them to sex on demand. They must recognise they have to work towards making their wives feel loved, respected and cherished, because doing so would go a long way in keeping the flame of passion alive.

Marriage is no longer about a man providing protection to a woman, in return for which, she must discharge her duties in the kitchen and the bedroom. The world has moved on and modern marriage must be mutually fulfilling for both partners. The woman’s body must not be merely an outlet for the man’s sexual energy and the sooner society supports this mind-set, the more vibrant and enriched it would become. If this transformation does not come naturally, and progressive, even radical, laws are required as enablers, then so be it.