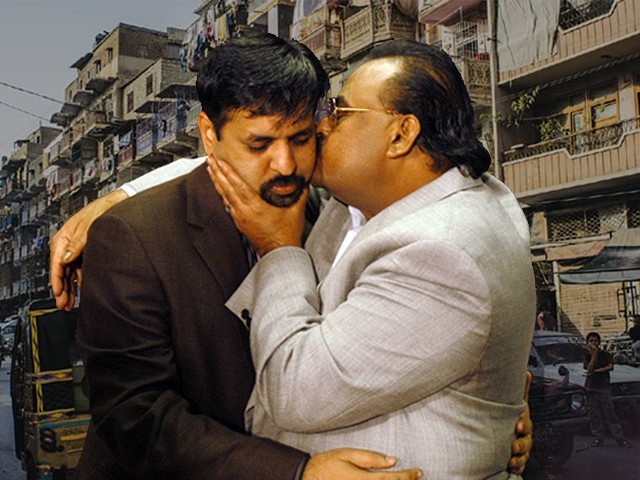 With praises coming towards an individual within the mob rather than the mob itself, it was only a matter of time that the leadership started contracting problems.

MKUltra was a top-secret Central Intelligence Agency (CIA) mind control program initiated in the 50s. It involved the use of drugs, chemicals and other sensory stimuli to breakdown an individual’s will. Other implications of the program included brainwashing and indoctrination, which would lead to the creation of sleeper agents to be used for ulterior purposes. Once you gain control of a subject, the possibilities are endless. On a larger scale, gaining control of peoples’ minds or the group mind depends on several factors most important of which is opinion leadership.

When several individuals identify with each other in a personal relationship, they form a group and when several groups coalesce, a mob is born. Sigmund Freud in his book Group Psychology and the Analysis of the Ego mentioned that when group identification occurs, inhibitions amongst the members decrease making them susceptible to psychological suggestion and manipulation. Thus, whoever directs the group mind controls the group and whoever leads the most powerful group controls the mob. Please bear with me as this Group Psychology 101 lesson does have its purpose.

MQM is the largest mob in Karachi city, controlling almost every facet of public life. This mob or group mind developed from the salvation slogans raised by Mr Altaf Hussain (AH aka Bhai aka Don) aimed towards ending Muhajir oppression in the city. The group mind became a movement, which in time became a political party. With promises of liberation from oppression and prosperity abound, the party grew leaps and bounds feeding on the scorn that the community felt at the hands of other ethnicities and mostly other political parties.

The 1992 operation cemented the position of the party in Karachi, as more people died at the hands of law enforcement agencies reinforcing the group mind that the Muhajirs were an oppressed minority. The other most important thing that the operation did, unfortunately, was to make AH’s position unassailable as the leader of the community. The group mind also became violent with the increase in violence against the community and thus the party turned into a mafia, doing everything that it could to survive in an increasingly hostile environment. AH achieved cult status and now his words and deeds have gone beyond question. Those who dared to question them did not live long enough to receive a satisfactory answer. After AH escaped to the UK, the axe continued to fall on the followers while he glutted himself on alcoholic beverages.

Mustafa Kamal (MK) rose from obscurity during Gen Pervez Musharraf’s reign and challenged the thought paradigm of the Karachi mob. People all over the country started admiring the party for its dedication to its people and the city, something it had not received any credit for earlier. With praises coming towards an individual within the mob rather than the mob itself, it was only a matter of time that the leadership started contracting problems. AH used the groupthink to divert all the praise his person was receiving, as the ‘Don’ of the city but it didn’t work out. Everyone knew that it was Mustafa at the forefront rather than his party.

As soon as he became too big to handle, the party (on orders from its Don) tried to relegate him to the backbenches, which proved fruitless. The grapevine was buzzing of a party being formed within the MQM catering to the Bihari community with MK, (late) Dr Imran Farooq and Anees Qaimkhani (who was rumoured to be generating PKR 10 million daily or monthly from Hyderabad for AH at one point) at the helm. There was another buzz that Pervez Musharraf may replace the Don at the helm of the party and keep MK close to his side. However, the mindless drones within the party made MK’s life miserable until he saw a way out and he took it. Even at that time, there were rumours of immunity for MK in other cities but the Dubai route was the safest. His exodus was catalysed by the untimely murder of Dr Imran Farooq in the UK at the hands of the mob.

In Dubai, MK joined Malik Riaz’s Bahria Town, which also coincided with Riaz’s entry into Karachi. Riaz had received commendable success all over Pakistan except for Karachi. Rumours were that he wasn’t ready to start working in the megalopolis unless someone reigned in the MQM to whom he may have to pay extensive amounts of bhatta. As Malik Riaz made his entry, with the help of another mustachioed politician, he further invested himself in the city by retaining MK in Dubai. With the Rangers easing Riaz’s woes with a clean-up operation, ridding the city of its street power, through the help of his new friend, whom he helped gain a foothold in Lahore ­– the master builder was set for the long-term. In the UK, the investigations of the Imran Farooq case intensified and pushed an already ailing and drunk AH towards liver failure.

The right time had come.

MK returned after he received quiet guarantees from certain individuals including his boss who has numerous politicians and high-ranking officials in his pocket. Riaz knew that if he brings MK back to Karachi, he could challenge the groupthink of the oppressed mob. Those who saw AH as the saviour of the Muhajirs will now look to a man who actually delivered on that promise, be it briefly. MK is a commoner like them: simple, approachable and a man of integrity. They know he will be their only hope in a party, which is increasingly alienating them.

In the 2013 general elections, numerous MQM office bearers actually voted for PTI. The party leadership was watching in horror as boys who used to patrol the streets with AK-47s during the 1992 operation, went out to vote for Imran Khan. I personally heard a story of a party office bearer who voted for PTI only to cast 45 votes for MQM a few hours later. The order to rig came around noon directly from the MQM secretariat in the UK, to the younger and naturally more impressionable party members. The rest is history (including the reorganisation of MQM Committees post-election).

MK’s return will slowly erode the party and people will start to join him in hordes. There will be more heavy hitters joining MK after Dr Sagheer, Waseem Aftab and Iftikhar Alam. Some say the last will be Dr Farooq Sattar.

Most people already understand that MK will continue his penchant for development, which he most probably will more so than before. They also say that Malik Riaz’s projects, initiated and built in Karachi, were planned to the last detail by MK in Dubai. With Riaz’s billions available to MK post AH, the city will finally receive the $35 billion dollar investment, which Riaz was bringing to the city from the Gulf States. We will finally get our Karachi Waterfront (originally launched by Limitless in Musharraf’s era) and other reclaimed land projects. Property value will increase manifold and whoever has roots in this city will find numerous opportunities knocking at their door. Once the party succeeds in providing for the city in a few elections’ time, the country will welcome them as a worthy replacement for the corrupt PPP, Punjab-partisan PML-N and hot air balloon PTI. The business community will welcome them and might even bankroll their campaigns in return for better business prospects.

The next elections will be won, hands down, by the MQM (minus AH plus MK) and it’s safe to say without rigging as well. After all when the mob votes, we call it democracy.

(Disclaimer: This piece is a work of conspiracy theory and consummate fortune telling. Don’t believe everything in it if you don’t want to, but do buy property in Karachi if you can.)