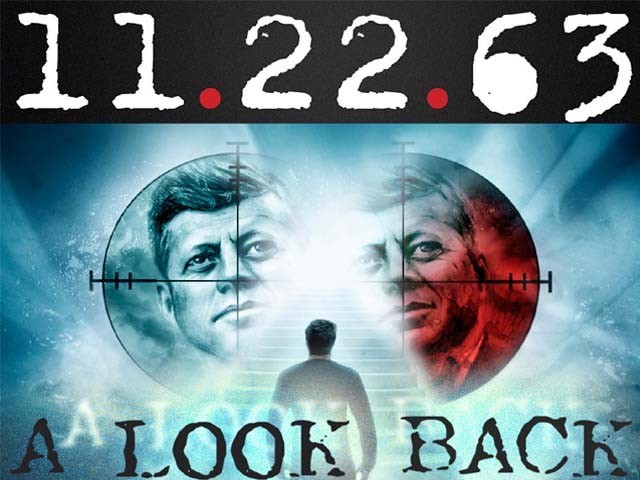 Every single moment in the show gets you more and more involved in it. PHOTO: PUBLICITY

Based on the bestselling novel with the same name by Stephen King, 11.22.63 is the latest TV series taken on by Hulu. The title of the series refers to the date November 22, 1963; the day John F Kennedy was assassinated and the series follows, Jake Epping, the English teacher who has the opportunity to travel back in time to prevent this historical event from ever taking place. Its executive producer is JJ Abrams and it stars James Franco as the protagonist. The story begins with Jake Epping being presented with the chance to save the former President of the United States from being assassinated, and to stop events which followed his death and resulted in the loss of many lives, such as the Vietnam War and the Cold War. He is also informed about the rules of time travelling and he will only be able to get to October 21, 1960, through the portal; giving him three years to solve the mystery surrounding the assassination.

The plot gives off the idea that the series might just be another action movie, much like Source Code (2011) or Looper (2012), but 11.22.63 has so much more to offer. It is rather hard to define the miniseries with a single genre. I consider it a mix of sci-fi, mystery, thriller and some really good humour. James Franco delivers a powerfully evocative performance. His comic timing and the way he blends with his character are a revelation for the viewer. The TV show also has some intensely gripping moments which grasp the viewer in such a way that their eyes stay glued to the screen. What really makes this series a winner is the research the author of the source material has done, which helps the makers of the show bring the swinging 60’s to life convincingly and making it historically accurate. Every single moment in the show gets you more and more involved in it. The way Epping investigates the events that led to JFK’s assassination and the mystery surrounding the assassin makes the story very intriguing for viewers. The soundtrack, comprised of songs from the 60’s, also adds to the allure of the show. 11.22.63 is a must watch for those fascinated by mysteries and thrills, and for those who are intrigued by history. If you have seen any of James Franco’s movies like 127 Hours (2010), Spider Man series, Rise of the Planet of the Apes (2011) and if you are familiar with any of JJ Abrams’s work (Star Wars, Star Trek, Lost) then you are well aware of what the duo are capable of.