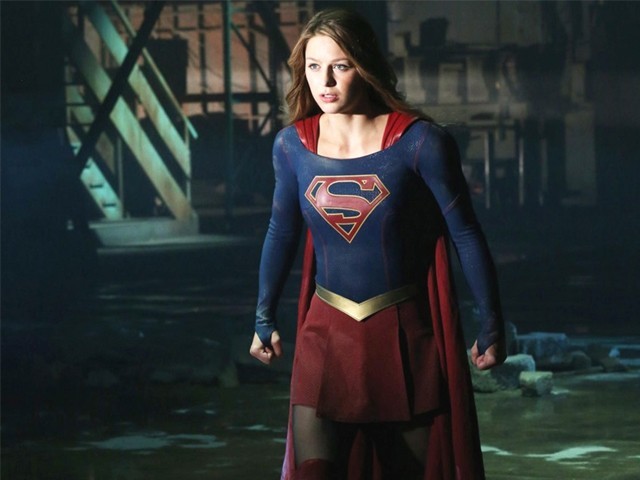 Much has been made about the fact that Supergirl was the first TV show in decades with a super powered female lead. PHOTO: CBS

I recently asked my sister-in-law’s young male cousin what TV shows he was watching these days.

“The Flash, The Avengers, Agents of S.H.I.E.L.D and Supergirl,” he replied.

“You know, all of the superhero shows,” he continued.

I didn’t say anything in the moment, for fear of appearing uncool, but I beamed with pride at how casually he added Supergirl to his list. Much has been made about the fact that Supergirl was the first TV show in decades with a super powered female lead. But to him the Woman of Steel is just another epic crime fighter.

He is growing up in a world where female protagonists are becoming more common, not only in entertainment aimed at girls, but in the massive blockbusters historically marketed to adolescent boys. Thanks in part to Jennifer Lawrence’s role as Katniss Everdeen; The Hunger Games series was a top 10 box office powerhouse for four years in a row. Meanwhile, the most recently released Star Wars: The Force Awakens positioned Daisy Ridley’s, Rey, as its light saber-wielding protagonist.

2015 was one of the best years on record for female protagonists. The upcoming Wonder Woman is prominently featured in the Batman v Superman: Dawn of Justice trailers, with her own solo film set to release in 2017. Inside Out, Divergent, and the more adult Mad Max: Fury Road are other examples of movies where the ladies are positioned front and centre (not necessarily superheroes).

On the TV front, India’s own, Priyanka Chopra plays the main protagonist as an FBI agent on the hit ABC show, Quantico. In fact, the writers of the program had constructed the role specifically with her in mind and not a male lead.

When critics discuss this shift, they almost always describe it as beneficial for young girls; which is undoubtedly true. A 2012 study indicated that while watching TV increased self-esteem among white boys (who are over represented) it decreased self-esteem for white girls and black children of both genders (who are underrepresented).

I suspect young girls have always been better than they are given credit for finding fictional female role models. When I was younger, I remember the fascination with Harry Potter and one of its main protagonists, Hermione Granger. Dr Beverley Crusher, and Princess Leia—awesome female role models tucked away within male-laden properties such as Star Trek: The Next Generation, and the original Star Wars trilogy.

It appears to me that most girls were encouraged to consume media specifically aimed at females, which has long been a haven for well-rounded, empowered female characters from Sailor Moon to the Tamora Pierce novels, and Little Women. As awesome as they are, Katniss and Rey are not that much different from the female role models that many young girls had growing up.

However, the terrible fact is that engaging with female characters has long been optional for boys, who are specifically discouraged by society, if not by their own parents, from seeking out material designed ‘for girls’. And the female characters they do see in mainstream entertainment are more likely to be sidekicks and love interests while also being outnumbered on the TV/movie screen. That is what is so exceptional and unique about Rey, Katniss, and Supergirl: it is almost impossible to ignore them. They are female protagonists with properties that boys are tacitly encouraged and expected to watch.

For the first time young boys are empathising with female leads the way girls have long been expected to empathise with male ones. As an example, a male child may like Hermione but he probably spent his time focusing on what was going on with Harry in all those hundreds of pages.

It is no secret that the media has a concrete impact on how we relate to people who are different from us. As author Junot Díaz writes, women have “spent their whole life being taught that men have subjectivity.”

Now we are finally teaching boys a similar lesson by introducing them to female leads that are strong, smart, flawed, emotionally complex and able to fight their own battles. In simple words, we are raising a generation of boys who think that watching a show about a female superhero is no big deal which is a pretty big deal in itself.