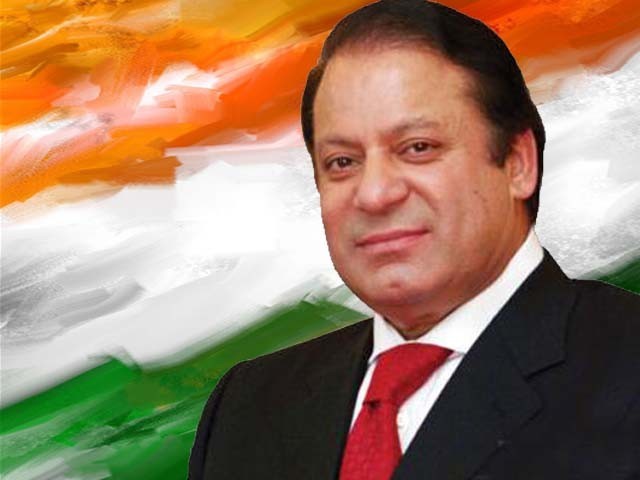 It is imperative for Pakistan and India to resume the process of dialogue, and I only see this happening as long as the Sharif government is in power.

In a rare and candid admission, the Prime Minister of Pakistan, Nawaz Sharif, accepted complicity in the Kargil misadventure during a rally addressed by him at Muzzafarabad. It requires real courage and conviction for any leader to admit to their mistakes. Sharif also endorsed former Indian Prime Minister Atal Behari Vajpayee’s assertion that the Kargil incident was ‘a stab in the back’. His admission comes at a time when the Pathankot incident has derailed the peace process between both the countries.

Following Partition and the three wars since then, both countries have adopted an ostrich like approach when it comes to engaging with one another. Strained India-Pakistan relations are a legacy of the unfinished agenda of Partition.

It is in this context through which the Lahore Declaration, signed in February 1999, assumes significance. By signing the agreement, Vajpayee and Sharif showed remarkable courage to end strained relations and usher in a new beginning in bilateral relations.

However, Sharif’s efforts were put to a halt by the mechanisation of the then General of Pakistan Army, Pervez Musharraf. There was a general feeling in India that the Kargil incident was a deliberate act by the Pakistan Army to not only scuttle the peace process but also bring Sharif down to size. This became evident when Musharraf unseated an elected government through a bloodless Coup d’état.

Musharraf, however, after becoming the President of Pakistan, did attempt to engage with India as his unseating the civil government received worldwide condemnation. Perhaps he felt that by initiating a dialogue with India he would not only manage to shore up his image but also establish the legitimacy of his government. The Agra summit precisely helped him in achieving his goal.

The visit of India’s current Prime Minister, Narendra Modi, to Pakistan was an attempt by India to put the dialogue process back on track. The willingness of both sides to start a composite dialogue again kept the dying embers of peace alive. Sharif, in my opinion, is a rarity amongst Pakistani politicians, since he is one of the very few who genuinely believe in establishing good relations with India. Modi will be visiting Pakistan yet again, to attend the SAARC Summit. Hopefully, this opportunity can be utilised well by both leaders.

Just when both countries were on the verge of resuming the peace process, the Pathankot incident happened. Once again the vested interests in Pakistan were back to square one and the peace process with India was sabotaged. Every time a peace initiative in underway, certain groups, across both sides of the border, create situations to derail the peace process.

The Pathankot attack is one such example. It is upsetting to note that a government that enjoys the peoples mandate is not allowed to function independently.

Fortunately, there is a growing realisation on both sides that incidents such as Pathankot should not be allowed to sabotage the peace process, since by doing so will only strengthen the hands of all those factions against the very idea of peaceful co-existence. It is, therefore, in the interest of India, in spite of provocation, to keep engaging with Pakistan. However, on the insistence of Sharif, a Joint Investigation Team was formed and a week back three suspects were arrested in relation to the Pathankot incident.

Although, the army has dashed the peace process at times, but ever since General Raheel Sharif has taken office, an attitudinal change has been noticed in the army and its workings. General Raheel Sharif, unlike his predecessors, has realised that by encouraging jihadi outfits, untold harm has been caused to the stability of Pakistan. Furthermore, there is a growing pressure from the United States and other countries to dismantle the terror hub. He has largely succeeded in eliminating various organisations operating within Pakistan under operation Zarb-e-Azb.

By realising that some organisations, such as the Jamatud Dawa (JuD), functioning in India and taking charge for it will help Pakistan promote good relations with India as well. It is here that India and Pakistan should take Raheel Sharif on board in future discussions.

Lastly, India’s ambition of becoming a global power hinges on how it forges good relations with its neighbour. It is, therefore, imperative for Pakistan and India to resume the process of dialogue, and I only see this happening as long as the Sharif government is in power.

Both countries should take full advantage of the prevailing favourable environment, which will translate not only in establishing positive relations but also lead to bringing peace and prosperity in the region.