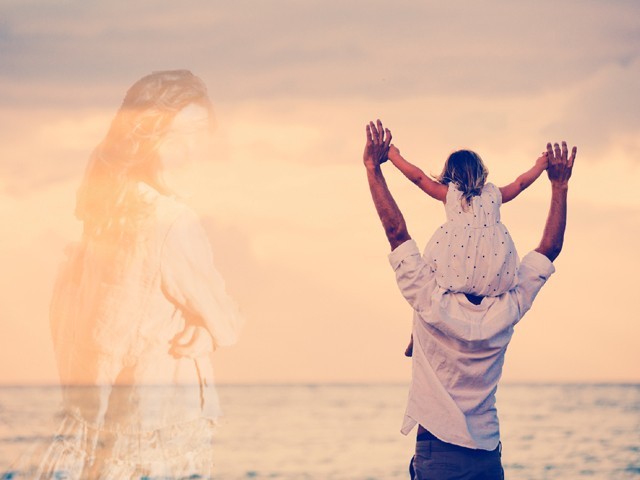 Tears started pouring down her cheeks. It broke her heart that her father waited on her like that day and night. It stung her even more when her father was snubbed by her mother day and night like a servant. For as long as she could remember, her mother had been nothing short of a tyrant.

What came next was an eternity in hell. Her mother’s screams still pierce the air around her house. After what seemed like an eternity, the noises died out. The house seemed empty.

Ammarah knew her mother was dead. Without hearing any gun shots or seeing her die, she knew her mother was no more. She didn’t cry though. With bone dry eyes and a scratchy throat, Ammarah attempted to climb down to her mother. She slipped several times. She steadied herself. The sight that met her eyes was beyond every explanation.

There is an emotion beyond horror. It is beyond anything we can use to define the word. It is beyond all possible depictions and imaginations of the word in question. Ammarah used to think of a word to describe that. For hours, she used to scan dictionaries, trying to find a perfect synonym to the sight she saw. She never found it. There is no word for a sight of a mother, dead and despoiled in the same place where she used to offer her prayers. With shaking hands, Ammarah covered her body with a floor rug. The stench of blood and booze was overwhelming. It made her cough.

She sat there till dawn, not knowing what to do and not even worrying about it. As the sun started sparkling brightly on the neighbourhood of Sabra, people entered the house to find a covered dead body and a pale girl unconscious on the floor.

On a bright morning at small vicinity of Gaza, people rushed about the street hurrying to get to their daily businesses. Girls in long skirted uniforms with adorable pony tails walked hand in hand to school. They stopped outside a small rundown house at the end of the street and looked at each other,

“Muneezah is late as always!”

They shouted her name until a skinny girl of about 14 popped out the front door. Gesturing wildly at them to stay quiet, she started walking ahead. They all joined her.

“Muneezah, were they fighting again?” her closest friend Ameenah asked.

She nodded and kept walking. The day at school had been long, even then Muneezah had to drag herself home. She rang the doorbell and her father answered it.

“My girl is home.” he exclaimed sweetly.

Muneezah smiled at him and went inside.

“Don’t wake your mother sweetheart. Just go freshen up quietly and then we will have tea.” her father said gently.

“Oh yeah that is why it is so calm in here. ‘Coz she’s asleep!” Muneezah smirked.

Her father told her to not be rude and go freshen up. She went upstairs to her room. Reaching her room, she sank on her bed. Tears started pouring down her cheeks. It broke her heart that her father waited on her like that day and night. It stung her even more when her father was snubbed by her mother day and night like a servant. For as long as she could remember, her mother had been nothing short of a tyrant. Her ice like demeanour had always crushed Muneezah’s attempts to try and get closer to her. Muneezah failed to understand what she could have possibly done to deserve such bitter behaviour from her own mother.

The only person who suffered more from her wrath than Muneezah was her father. In her short life, she had never seen a meeker and beaten down man than her father. Had he always been like this or did her mother’s jabs turn him into this, she didn’t exactly know. But he was broken inside.

From the past week he had been even more fidgety than usual. He usually stayed up all night wandering around the house. It felt like he was preoccupied by some form of decision making. For days Muneezah waited for him to tell them at the dinner table about what he had decided.

Days passed by but he probably couldn’t muster enough courage to actually tell them. Meanwhile, the situation of the country deteriorated rapidly; the local Hamas had been found accountable for the unfortunate abductions and deaths of three Israeli teenagers. Thus the Israeli government had found a pretext to attack Gaza. News in the air was that they might be at war soon. As the news became troubling, her mother turned more vicious. She began to snap at everyone for every little thing. She broke down finally at dinner one night. It was the day when Muneezah’s father broke the news to them;

“Al-Asar is assembling against the Israeli forces. They are short of weapons and men. I have decided to enroll. I will leave in the morning.”

Stay tuned for the finale of this four part series!