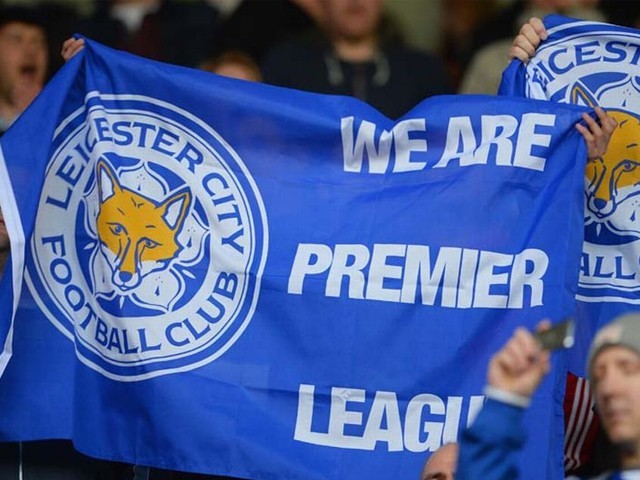 An important statistic is that this team; has only been beaten three times throughout the entire season to date. PHOTO: MIRROR.CO.UK

If there is a term that sums up the Premier League this season, it is unequivocally ‘unpredictable’. The club which currently is in pole position happens to be the very same team which improbably escaped relegation last season.

While all the cynics believed they would fall-away in the race by this stage, they continue to defy the collective football world with their results week in, and week out. Will this Leicester City romance end with them winning the ultimate prize or just falling short of the elusive premier league crown?

If you look at the potential qualities of previous champions, they have them all. They have the top goal-scorer in the league in the form of Jamie Vardy with 19 goals: a player who has risen from the championship to becoming undoubtedly one of the most sought after strikers in the upcoming summer transfer window. Riyad Mahrez is another potential Professional Footballers’ Association (PFA) player of the year, whose outstanding season with 14 goals and 11 assists has lit up the league with his sublime dribbling, eye for a pass and finishing in the final third. An important statistic is that this team has only been beaten three times throughout the entire season to-date. With a manager nicknamed ‘The Tinkerman’ for his tactical versatility, Claudio Ranieri has eclipsed all his past achievements throughout his illustrious 30-year career by propelling the Foxes to the summit of the Barclays Premier League. In the first half of the season, a recognition of the defensive frailties was addressed by altering the back four which has led to a robust defensive unit. He can also help the team deal with the increasing pressure the last ten games – still to be played – will bring.

Furthermore, the fact that they can solely concentrate on the league without any distractions of other competitions coupled with the lack of fatigue of players might be pivotal down the home stretch; with direct competitors like Arsenal, Tottenham and Manchester City having to play significantly more games due to their domestic and European involvement.

The style of play is aesthetically pleasing with quick one-touch passing and lethal counter-attacking play which have been the catalyst for the team having the best goal scoring record in the league.

The established order in the premier league has been eroded with the likes of Chelsea having a nightmarish season, the Manchester clubs not looking up to the challenge and Arsenal suffering from the same longstanding deficiencies it seems as if this is the paramount opportunity for Leicester City to win the league and provide hope to the lesser teams that ‘absolutely anyone’ can win it. It would also make the argument that only teams with huge financial strength can finish at the top of the table, redundant.

The once idealists have become the pragmatists for this outfit winning the English Premier League, yet there are reservations to the plausibility of their title charge. The unprecedented nature of the task is the primary stumbling block with no team apart from the top four ever winning the league to date. Another vital factor is the pressure of the team having never won such an accolade; we’ve seen it with Liverpool who were so close to winning it in Luis Suarez’s last season at the club but crumbled under the immense pressure.

The only factor that will eventually decide who will win the title this season is the mental toughness of the Leicester players in these handful of games yet to be played. It is theirs to lose now, but to imagine a team close to relegation last season will most definitely be playing Champions League football next season is quite an astonishing feat in itself.