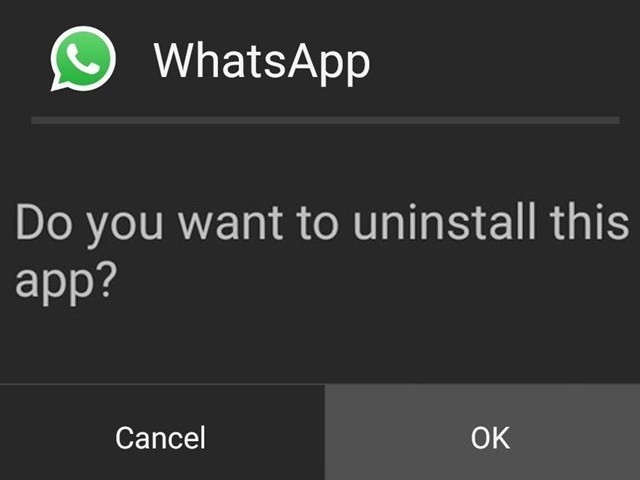 The company has boldly advised to everyone to ‘upgrade to a newer Android, iPhone, or Windows Phone before the end of 2016 to continue using WhatsApp.’

Nowadays, WhatsApp is the most installed app on our mobile devices. It is easier and less costly to WhatsApp message a friend than to send a text message. However, recently the brainchild of the messenger has decided to take a step which is quite alarming. As of now, all we know is that WhatsApp has decided to drop support for Blackberry and some Nokia and Android phones.

The disowning will go into effect in 2017. The Facebook owned application has decided to shockingly discontinue the use to aforementioned brands in order to push its own growth.

In its blog post, the company stated that the mobile devices which will soon be deprived of the perks of WhatsApp played a very important role in building the messenger globally, but unfortunately, their operating systems,  and certain smartphones, do not offer the kind of exposure or publicity the application requires. The application owners have claimed that the decision was pretty tough to make, but it was necessary in order to provide people with an effective way to communicate.

What’s more is that the company has boldly advised everyone to ‘upgrade to a newer Android, iPhone, or Windows Phone before by the end of 2016 to continue using WhatsApp’.

Here is where I have a problem.

As per statistics, more than one billion people, globally, use this app to communicate. Moreover, around 42 billion messages are exchanged daily. The most significant part of this discussion is that there are a vast percentage of users who still use the older version of an Android or have stuck to the signature Nokia phones. With the advent of BlackBerry once again, the BlackBerry Priv and the new OS 10, audiences have started flocking back towards the popular keyboard containing smartphone once again. Is WhatsApp really in a position, then, to dictate to users what phone they should buy in order to use the app? I think not.

The company further clarified that when it launched WhatsApp back in 2009, the market needs were very different. BlackBerry and Nokia’s operating systems used to dominate the market with around 70 per cent share, while, Android and iOS only constituted of 25 per cent of the total devices.

While the user base on iOS and Android phones is expanding with time, dropping the support of smartphones that hold a massive fan base is not an intelligent decision at all. Even if we consider users disowning their ancestral Androids and mainstream Nokia handsets to avail the fruits WhatsApp may have to offer, they can’t possibly convince customers that their phone of preference, be it a BlackBerry and Windows 7.1 device, is wrong or not worthy of WhatsApp!

Another factor to take into consideration is affordability – will everyone who owns a Nokia or an older version of an Andriod be able to afford a ‘newer’ phone? Probably not. The fact is, this decision is not only bold but very arrogant too. It is also very similar to what the BlackBerry had at one point with BBM, until WhatsApp swooped in and presented a more feasible way of communicating, and won over most BlackBerry users. Is WhatsApp so confident in its stance to think the same would not or could not happen to it?

For its own sake, I hope not.