Five amazing batting stints we got from the PSL 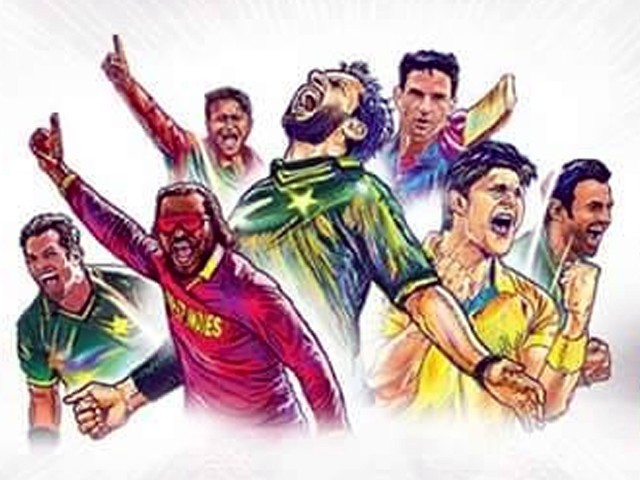 It is time that we give credit to the organisers of PSL for their great effort. Photo: PSL FACEBOOK PAGE

Pakistan Super League (PSL) surprised many people like me who are of the opinion that the Pakistan Cricket Board (PCB) can never organise a successful tournament like this. It is time that we give credit to the organisers of PSL for their great effort.

There are many reasons that made it a huge success in the cricket world.

One major reason is the presence of the top players from all over the world like KP, Gayle, Watto, Afridi and Russell (to name a few). Another reason is the involvement of certain media houses that created hype amongst people for example Express News partnered with Afridi’s Peshawar Zalmi. The presence of legends like Sir Vivian Richards and Sultan of Swing Wasim Akram also made a huge impact.

The talent that was showcased in the PSL was remarkable. It gave some new players the opportunity to find themselves in the limelight like Nawaz, Asghar, Imran Khalid, Rumman Raees. The following performances of the PSL are examples of some of the game changing moments where we were able to witness pure talent.

It was the third qualifier on the February 21, 2016, between Peshawar Zalmi and Islamabad United when Peshawar Zalmi won the toss and decided to bowl. The tournament stats tell us that bowling first gives edge to the side but Sharjeel had other ideas. He wanted to prove a point because he was dropped from the initial squad for the Asia cup and World T20. He came to open the innings with DR Smith. Sharjeeel started to hit the ball with ease and gave an opening stand of 108 runs. Sharjeel continued his flawless batting and scored the first century of PSL –117 runs including 12 boundaries and eight maximums. This helped Islamabad United with securing a total of 176 runs and made them victorious against the challenging Peshawar Zalmi. This match also ensured Sharjeel’s spot on the team for the Asia Cup and the World T20’s.

On February 8, 2016, Lahore Qalandars and Quetta Gladiators faced off in the eight match of PSL. Umar Akmal rose to the occasion when he came in to bat with 62 runs on the board and only ten overs remaining. He smacked six boundaries and eight maximums, attaining an overall score of 93 runs alone. This lead put the Qalandars in commanding position, the match ending with 195 runs in total on the board. The Qalandars easily won the match by 63 runs.

February 4, 2016, when the PSL began, will be a day commemorated as historic for Pakistan Cricket. It was a match between the Quetta Gladiators and Islamabad United that kicked off the PSL. Islamabad United batted first and scored 128 runs. Quetta Gladiators managed to chase the total quite easily, thanks to the lovely innings of English T20 opener Luke Wright who played a brilliant innings of 86, including 11 fours and four maximums. It was a great innings to kick off the tournament.

On February 17, 2016, the 19th match of the PSL was fought by the Karachi Kings and Peshawar Zalmi. Shoaib Malik’s Karachi Kings batted first and scored 152 runs. Peshawar responded by losing two wickets for 25 runs in 4.4 overs. It is then that 41-year-old Hodges stepped in and came to the rescue. He steered the match in their favour by hitting six maximums and six boundaries, attaining a score of 85 runs and proving that age is just a number. Peshawar was able to win the match in just 18.3 overs.

The 13th match of PSL between Peshawar Zalmi and Islamabad United took place on February 12, 2016. Islamabad United batted first and put 152 runs on the board. It seemed to be a good score but the Zalmi opener, who had been in top form throughout the tournament, came in and scored a quick fire 80 runs with the help of six boundaries and three maximums. Peshawar won the match by seven wickets with nine balls remaining.

These are only some of the amazing innings we had the liberty of witnessing at the first PSL. The people of Pakistan are hoping to see even more brilliant performances in the future of PSL.

The author is an undergraduate student of NED University with a passion for cricket. He tweets as @iamsaim7.