Fashion could save Pakistan! 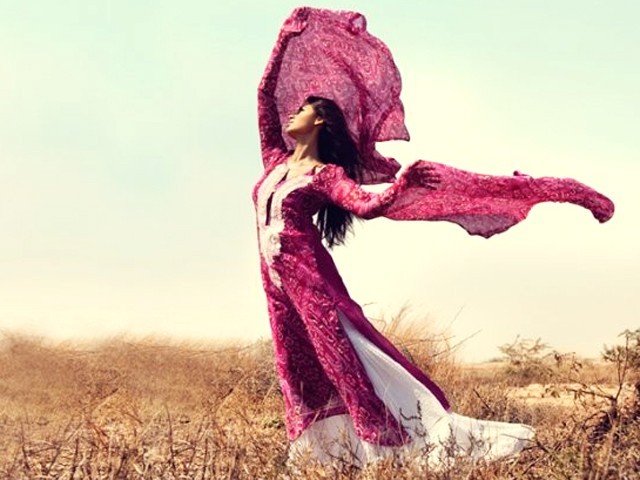 Fashion could play a role in rehabilitation efforts in flood affected areas.

In the year 2010, several things have gone wrong in our country and our beloved city Karachi. We’ve had our fair share of bomb blasts, floods, robberies and murders.

Let’s face it;  this hasn’t exactly stopped us from having our fun. Karachiites, are strong, determined individuals who tend to have a “c’est la vie” kind of mentality, which is not likely to change in the near future.

Of course, it is likely that we will donate to a good cause and proceed to the Karachi Press Club several times a year to be involved in a safeguard of human rights campaign, but at the same time there will be little change in our lifestyle and we will continue to spend our money and indulge ourselves. This isn’t exactly a bad thing, but it can be a good thing if the money or a proportion of the money we spend were to have a major impact in the lives of certain underprivileged individuals.

With that I propose, Karachi’s very own “Fashion’s Night Out”, inspired (like most other things) by the United States and my idol, Anna Wintour, editor in chief at Vogue. The whole idea behind this fashion show in the US had to do with recession, so there were no discounts, but having discounted rates would be an incentive for people to participate and salons could also incorporate this idea. Designers could participate as well, inviting people to look at their collections and pick up pieces directly at the venue.

To participate, people across Karachi would have to purchase tickets, proceeds from which would go to charity. Upon purchasing tickets, one could get a hamper consisting Fashion’s Night Out T-shirts, a brochure with a list of activities and some free goodies (donated by companies or multi-nationals). The T-shirts (perhaps an alternative could be arranged for those who prefer being shalwar kameez) could be worn by participants and would guarantee entry to fashion shows  and discounts at popular citywide clothing outlets.

Imagine going to Sana Safinaz and buying clothes off the rack instead of waiting for months; then imagine being told that those clothes were being sold at a discounted rate. Then imagine that the proceeds from your purchase are going into the rehabilitation of flood victims. Pure genius!

Hopefully, stores and designers will be eager to participate and be more than happy to offer these discounts. It is good publicity for them, after all. And hopefully, there will be a major organisation funding the fashion show.

Tickets could have different categories depending on various prices for example gold, silver and bronze; gold being the most expensive ticket could guarantee good seats at the fashion show, and discounts at all participating stores, boutiques, salons. Silver could allow entry to just the fashion show and some stores, while bronze could be just for the fashion show. This categorisation could satisfy even the pickiest of the lot, and having cheaper prices would mean more people will participate.

Soon enough, other cities will follow this trend and there could be a “Fashion’s Night Out” in Lahore as well. The event, if it kicks off, could become an annual occurrence.

It’s an idea, which needs a lot of tweaking, but I personally think it could work. What say you?

A graduate in International Development and Political Science who went on to study Urban Development Planning. She is also interested in creative writing and fashion.

What's so special about Blake Lively?

The Burberry that stole my heart