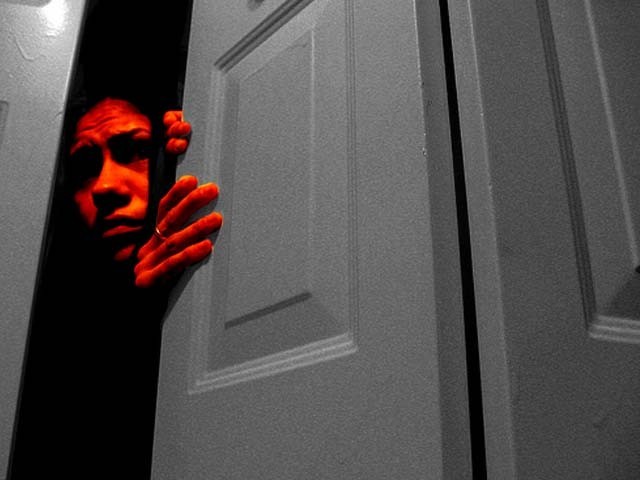 Ammarah went upstairs to her room and hid behind her corner cabinet. She wanted to call her mother up there so badly, but she couldn’t make a sound.

Slowly her mother rose from under the cabinet pulling Ammarah out with her. She rushed quietly to shut the drapes around the house, bolting windows and doors. Not quite understanding what was happening, Ammarah offered support by helping her. Finally her mother sank down on the living room couch, clutching her bosom and started sobbing. Ammarah put her arm around her and asked,

“Mother, who were those people and where did they take everybody?”

Her mother continued to cry hysterically. Ammarah stroked her shoulders but she was clueless as to what could comfort her mother right now. The sobbing diminished slowly. Her mother sighed out loud and asked Ammarah to go to her room and pack up her stuff. Ignoring all of her questions, she scolded her to do as she was told. Ammarah contained herself and did as she was told.

She grabbed some clothes and necessities and carried the bag downstairs only to find the living room empty. She panicked and was hesitant to go out and look. She called out to her mother in a low tone. Hearing no answer, she hurried to the front door. Throwing all caution aside, she went to the door which was unlocked. As she poked her head out, she saw her mother hurrying back to the house with someone. As they came closer, Ammarah recognised the man as her cousin, Jaffer. She moved back to let them in.

Her mother cut her in mid-sentence.

“Ammarah sssshh! You have to promise me that if you have ever loved me as your mother, you will silently do as I tell you to and not ask me any questions. This is a situation in which I cannot explain the reasons. Just remember – you are my princess, my Ameerah. I love you and if God wills it, I will see you some day. Now you go with Jaffer to safety. I cannot protect you. You have to go…”

The sound of a loud roaring engine drowned her voice. Startled, they looked out. A huge van screeched to a halt at the end of the street. They scurried back inside and flitted about in the dark house trying to find places to hide. Ammarah tugged on her mother trying to drag her upstairs but she asked her to go hide in her room. Ammarah went upstairs to her room and hid behind her corner cabinet. She wanted to call her mother up there so badly, but she couldn’t make a sound. She started praying silently for safety and for her father and brothers to come home but the tight knot in her stomach told her that they might never come back.

A loud bang made her squeal out in horror. It sounded as if an army of men had forced themselves into the house, breaking down the door. She heard men give orders to each other about searching the house. She curled up further into herself. Then a woman’s scream made her heart almost stop with terror. “Mamah!” she gasped. She started tiptoeing towards the stairs. Her legs shook uncontrollably but she dragged on. She couldn’t let them get her mother. She peeped from behind the hall. The scene in front of her shocked her to the core.

Jaffer was nowhere to be seen but her mother was being held captive by two men. She couldn’t see if there were more men in the room as the only source of light at that point was of the moon, reflecting into the living room. As she stood frozen to the spot, one of her mother’s captives grabbed her scarf and pulled it from her head, tearing it and rendering her hair uncovered. Her mother screamed obscenities at them, but the man silenced her with a slap. Ammarah started to run down the stairs just when her mother’s eyes found hers.

Ammarah had always been close to her mother, more than all her other family members. Their personal connection was so deep, it sometimes rendered words unnecessary, and the eye contact said it all. She could convey anger, love, secrecy, and everything, just through eye contact. She loved those eyes – those lovable, generous, beautiful eyes. And right now they were flooded with fear and desperation. Her mother’s message was loud and clear.

“Remain hidden or run to safety! Do not show yourself!”

Ammarah retreated and went back to her room.

Stay tuned for Part 3 of this four part series!