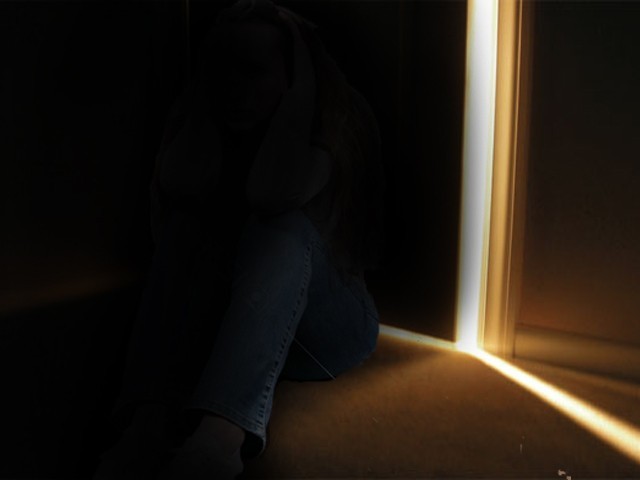 She heard muffled sounds of struggle, distinct arguing noises of the men of their family and of her mother reciting surahs constantly under her breath.

Women are creatures of the spring. Their hearts do not beat, they flutter. Their dispositions are sweet like honey and their eyes deep as oceans, their smiles light up their surrounding and their voices are like symphonies. They light up candles, make wishes, find shapes in the clouds, make sand castles and dream their days away. These are the fortunate ones though.

When real life unleashes its raw cruelty, the spring turns to autumn. Hearts get torn apart, dispositions are rendered naked and the eyes… oh the eyes are the worst…They lose their sparkle; the oceans dry and leave giant craters behind them that keep filling with the filth of this world. This is what happens to the most unfortunate ones.

Ammarah was 16 when her life took a swing. She was the youngest of four siblings. Since all her siblings were male, Ammarah enjoyed an endearing childhood as the only girl in the house. To her father and her brothers, she was, ‘Ameerah’, little princess.

As a girl living in the land of compromised security for the Muslims, especially those of the Shia sect, her mother didn’t think it would be wise to send her to school. But Ammarah wasn’t impaired or left behind in any way; her father, who was a professor, home-schooled her. She learnt history, arts, sciences and languages from her father. She had a knack for beautifying things like her mother. In leisure times, she and her mother would sit for hours knitting wall hangings, tea-cozies, table cloths and what not. Their home smelled of baked pies, flowers and yarn. The life at their house was that of a simplistic nature, void of troubles until September of 1982. One day, when the Lebanese party leader Bashir Gemayel was elected president, Ammarah’s life was turned upside down.

It was a cool September night, 16th to be exact as her 16th birthday had passed only a week ago. Her mother had baked a scrumptious strawberry cake with raspberry syrup. She and Abdul (the youngest brother), had fought over the last crumbs of the cake. Her father had played the flute, regaling them all with his own childhood memories. Ammarah smiled as she rubbed the plates clean, reliving last week’s birthday celebration. The smile was more due to the fascinating topic of her marriage that her mother had brought up that night.

“Well, you are 16 now, very appropriate for getting married. May God choose the best husband for you” her mother had whispered in her ear as she hugged her. “Can I choose myself?” she wondered to herself, reddening instantly at the very thought of it.

Just as she was imagining herself in a beautiful wedding dress, the doorbell rang shrilly. Her oldest brother went to check the door. He was seized and gagged instantly by the men in uniforms at the door. One of them strode right into the living room, his booming voice echoing in the house. Ammarah heard it all the way in the kitchen. Sometimes, she still hears that voice in her head.

“Everyone bring out their ID cards. All the men in the house line up outside in the street. Women stay behind and wait for orders.”

Just as she was about to go out, someone grabbed her from the arm. She let out a sharp squeal.

Her pounding heart calmed a little upon hearing her mother’s voice. They hid behind the kitchen cabinet. Trembling and hugging each other. She heard muffled sounds of struggle, distinct arguing noises of the men of their family and of her mother reciting surahs constantly under her breath. She started reciting them too. About a billion questions shot across her mind, gut wrenching fears tied her stomach into an uneasy knot. Breathing heavily, she tried to rise up to get a look from the window as the noises were becoming fainter. Her mother grabbed her back and motioned her to remain silent and still. She looked at her mother and saw unbound fear in her hazelnut eyes. She thought her mother would offer protection, she saw a sense of panic that she had never seen before. They sat crouched under the small cabinet for what seemed like an eternity. All noise had died out.

Stay tuned for Part 2 of this four part series!