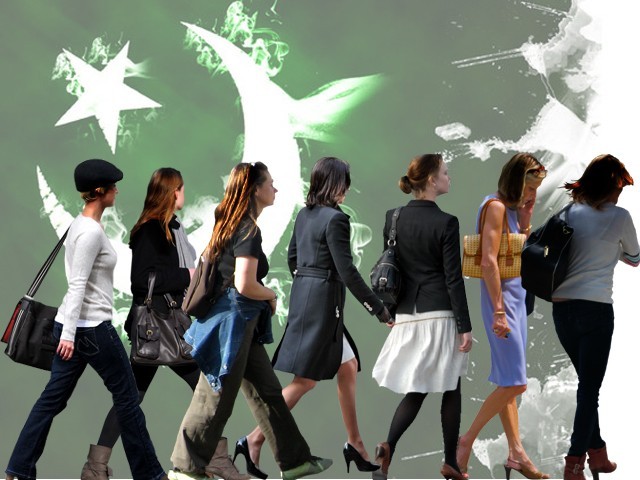 More than a few friends of mine and indeed my sister faced a lot of readjustment issues when they got back into our highly patriarchal society where being a girl is harder than it is in many parts of the world.

“It is hard being back. It’s like every decision I make is not my own. I cannot even walk on the streets or go out late without my mom worrying. And do not even get me started on the questions I face about my marriage plans.”

These words from my friend, who recently returned from her graduate degree in the UK, have become a recurring theme in my conversations with all my female friends going back home to Pakistan after living abroad.

I currently happen to live in New York, with quite a few graduate students from Pakistan. And I do not want any friend of mine, who had the fortune of being born a girl, to go back to Pakistan once they complete their degree.

Because most people in my country either hate them or do not care about them. I shall explain in just a minute.

Having lived in New York for the last two years, I am often reminded by relatives that I must come back soon to avoid the vices of this evil city that they have seen on TV. Drinking, sex, vulgarity, shamelessness – what could be worse? And even before coming here, I have wanted to give people the same answer: Us. We are worse. In fact, this place is great.

If people back home get off the self-righteous pedestal they put themselves on, and stop judging everything through their own religion, they would realise that shamelessness, vulgarity and a bunch of other scary words that we throw around are quite subjective. What is not subjective is what our nation is rife with; hypocrisy, corruption, extreme intolerance, sexual abuse, extreme societal pressures, violence, and the hatred for our women. I am not saying New York is perfect. It has more than its share of problems. All I am saying is, we are no one to point fingers.

Now that I am done with my rant, I shall explain.

More than a few friends of mine and indeed my sister faced a lot of readjustment issues when they got back into our highly patriarchal society where being a girl is harder than it is in many parts of the world.

In itself, the idea of not being able to freely walk around without being ogled or groped at is greatly dismaying. And the many people who call this a third world problem should imagine creepy outsiders invading their homes and forcing them to stay in their rooms, living that way for the rest of their lives, and only venturing out in groups.

Still a third world problem or is our country not our home?

Another friend of mine who is about to go back, much to her disappointment, already has her family lining up suitors for her to marry as soon as possible, without even her consent or consultation.

Another friend of mine who has always lived in Pakistan was constantly bombarded with pressure to have a child as soon as she got married.

One friend was ecstatic because she got admitted into a PhD program in the US and would soon escape a place where her every action is constantly judged by the society. And honestly, I worry for all my friends headed home this year. Such is our culture, I am not even sure if they will be allowed to meet their male friends, although that is the last of their worries at the moment.

Then there are those, both in New York and Pakistan, who keep reminding me how Pakistan is a much better place to raise a family. And every time I ask why, I am reminded of the fahashat (vulgarity) and lack of religion in America which would be bad for our children to grow up in. That makes me laugh.

Only a nation as shameless as ours can point towards other and call them fahash (vulgar). If we talk about religion, I do not know what religion we follow in Pakistan. Maybe a very mutilated version of what we call Islam, because Islam does not teach us to become the suffocating and intolerant society that we have become. And would our children be not better off away from the hypocrisy and harmful societal pressures of Pakistan, and would our children not be happier having been taught that you are free to make your choices, study your religion and have open discussions as you please?

Would we, as future parents, not be at much more ease away from a place that has rampant child sexual abuse from strangers, relatives, teachers and those we call ‘qaris’ (reciters of the Holy Quran/ religious teachers)?

Would we not be more at ease knowing that our female relatives are protected by law against sexual harassment and rape, as opposed to laws that indirectly condone them? So, I ask again, why would I want any girl I care about to move back to Pakistan when most there so clearly hate them?

By official United Nations Educational, Scientific and Cultural Organisation (UNSECO) figures, over 3.3 million girls were out of school in 2013. Two-thirds of our 50 million illiterate adults are women. Pakistan was the 10th worst country for female employment in 2011 according to International Labor Organisation.

In short, we educate women lesser than men, pay them lesser for the same jobs, give them lesser mobility and freedom, force them to marry due to societal pressures, curtail their decision making in something as personal as having a child, and constantly remind them that homemaking is their primary purpose in life. Who was claiming that we do not hate our beloved daughters?

As my graduate degree comes to an end and I plan on coming back, I wish my female counterparts did not have to. I also wish that those who are stuck in Pakistan had the option of travelling abroad and making the choice themselves. My people do not seem to care about their ‘daughters’. And unless we realise the role each one of us plays in perpetuating the status quo, whether that is through abuse, oppression or poondi which roughly translates into objectification of women, we shall keep failing not only as a state but as people.

The author is a Marketing student at New York University and a LUMS graduate. He has worked in a host of different industries including education, corporate, research and non-profit. He travels, debates and does photography in his free time. He tweets at @abbasshahid_ (twitter.com/abbasshahid_)