Do you have what it takes to resist this chocolate caramel tart? Because I don’t! 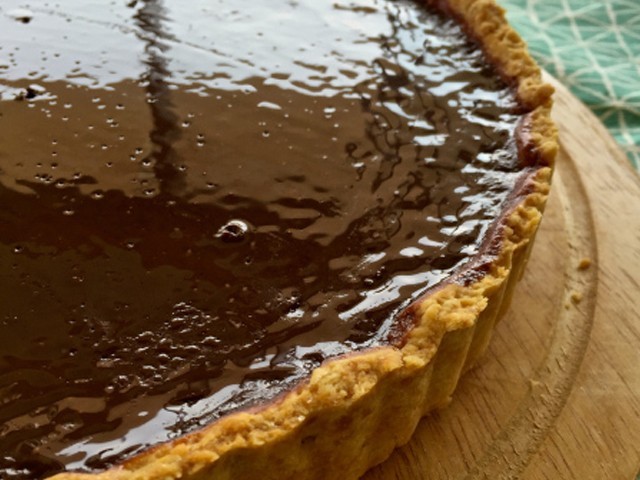 I am a determined woman, after years of wanting to make a chocolate tart, but never actually doing so – it was time. PHOTO: AYLA IQBAL

I’ve always wanted to make a chocolate tart, but honestly, I had been scared of making the pastry required for the base. I’m not sure why, but making pastry seemed difficult. The time required, the kneading, the rolling, the making sure it’s perfect to cook (and also the dried beans/pie weights needed?! What!)

I tend to not have the time or the patience, and recipes with lots of steps scare me. But I am a determined woman. After years of wanting to make a chocolate tart, but never actually doing so – it was finally time. I had invited some friends over for the afternoon, so I decided to experiment.

I scoured the net for a pastry recipe that would suit me and found one that, albeit time consuming, seemed fairly simple. The chocolate part is easy – chocolate, cream, heat it up, yummy.

On the recipe, pastry tart first.

1. Combine the flour, salt and sugar in a bowl and add the butter.  Mix in with your hands until you get coarse crumbs.

2. Whisk the egg yolk with the ice water, and make a well in the middle of the dry ingredients – add in the egg mixture.  Work the dough well, and if it is crumbly, add in more water.

I had to add in more water. I didn’t work it enough initially, so make sure you really do work on it, so nothing is crumbling. Once it’s done, wrap it in plastic and put it in the fridge.

3. After 30 minutes, roll out the dough on a slightly floured surface. Roll up the dough on your rolling pin, and lay it on a nine inch tart pan that has a removable bottom.

4. Press the dough in the pan and shave off the excess. Then keep it in the fridge for 15 minutes.

5. Preheat the oven to 350 degrees F, and before putting the tart in the oven, line it with aluminium foil and add either dried beans, rice or pie weights into the foil layer.

6. Bake for 30 minutes, and then remove the foil and dry filling.

9. Coat the crush with a beaten egg white, and bake for another eight minutes or until it is golden in colour. Now finally add in the filling and bake it for the actual delicious tart.

10. Before putting in the tart with the filling, lower the temperature to 325 degrees F.

1. Heat the heavy cream and milk in a pot, until it is simmering.  Remove from the heat and add the chopped chocolate and whisk until melted and smooth.

2. Add in the sugar, salt and add in the beaten eggs until everything is completely blended.

3. Before putting the chocolate in the pastry, take the dulce de leche that should be at room temperature and layer that onto the tart pastry. Then add in the chocolate filling.

4. Put it in the oven at 325 Fahrenheit for about 20 minutes until it’s ready to be served. 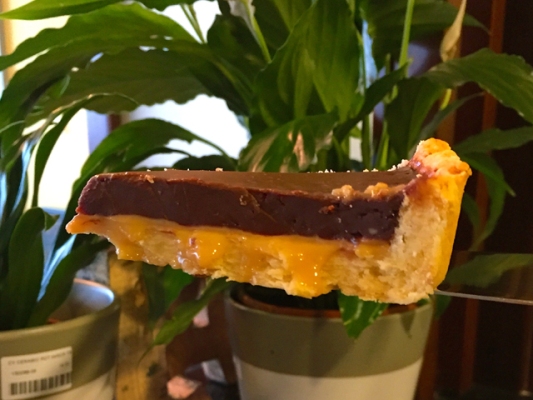 The author is based in Dubai. She has a voracious appetite for just about every cuisine. She spends most of her time scouring the internet for recipes and testing them out in the kitchen.

I partied at 1am... with these delicious chocolate chip and peanut butter cupcakes!

If you love chocolate chip brownies, this is the recipe for you

The perfect banana bread for those who don’t love bananas!

My massive love affair with these mini quiches