Why is Punjabi viewed as an inferior language? 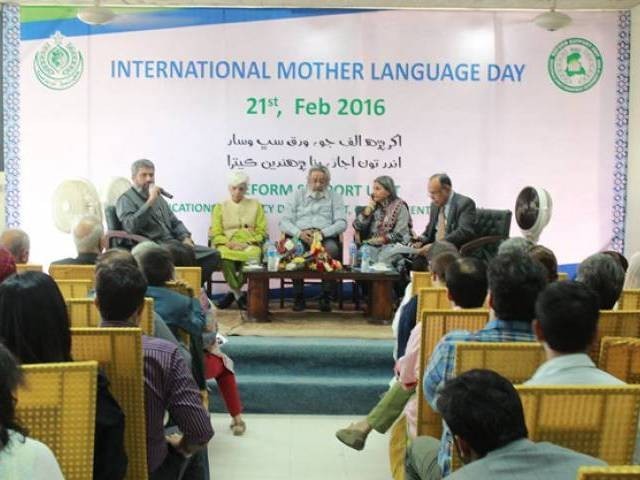 The car paused at a busy signal and as I was fidgeting with my rings, a colourful banner caught my attention. It read ‘goongay Punjab apni zaban mangda’ (the deaf and mute Punjab seeks its language). This statement brought back so many memories.

February 21st is celebrated as the International Mother Language Day. This celebration holds very significant, at the same time, conflicting and tormenting memories in my mind. It started with pain, but eventually evolved into something beautiful.

Punjabi is my maa boli (mother tongue) and it was the only language I was taught when I was a child. My father loved his native language and contrary to his contemporaries, he insisted upon teaching us Punjabi as he believed that the rest of the necessary languages would come to us naturally, with the course of time. We resented his decision for a long time and we had our reasons for it as well. When I went for my school interview, I identified the colour white as ‘cheeta’, as I was confused between Urdu, English and Punjabi. Although I was accepted, I still remember the agony I faced when I became the laughing stock in my school. The Principal was amused and understood the dilemma, she granted admission but that day I learned that this has to change, if I am ever going to be taken seriously.

My siblings and I were a joke for the family as well.

“See how cute they look, so young and conversing in Punjabi”

Even now, when I see a child speaking in Punjabi, I want to assure him that it’s completely okay.

The school was no different as well. As kids have always been ruthlessly blunt and bullying was not recognised as a scarring practice back then, the art of restraint had to be learnt. Most of the questions, learning and sentiments were lost in translation.

The resentment remained with me, where other children were learning English, and doing well for themselves, I was struggling with Urdu. On many occasions, I used to hide my roots, as I felt that there is a certain stigma attached to being Punjabi. It’s associated with the lower-middle class; hence it’s not a very pleasant identity to flaunt.

My mind was unconsciously wired to think and write in English. Like my Macbook auto-corrector, the maa boli was automatically converted into an alien language. A part of me shunned and boxed it into some attic and learned to survive without it.

I continued to pretend that it is not my identity, until I could no longer loathe my origins and learnt to embrace it.

Now, whenever I’m with my mother, no matter how chic the location is, I always prefer to converse in Punjabi, regardless of the weird responses and glances it invokes. There are certain sentiments, which can only be expressed in our mother tongue. In my case, I fell in love with my native language when my father passed away. In his memory, I started accepting and embracing my roots.

Having said that, I regret the fact that I couldn’t transfer my Punjabi dialect to my children, in other words, I could not follow my father’s footsteps. In the fierce competition of moulding them to fit our society, I had to disconnect them from their roots.

A mother tongue is central in understanding the culture we belong to, the society we live in and the history we share. We must teach our children to love their identity, regardless of anything.